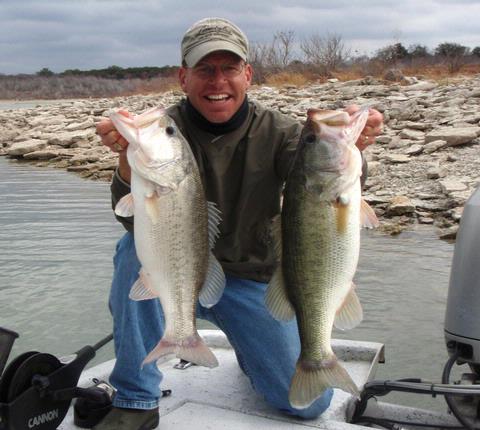 Fished a half day trip at Stillhouse today and found the fish in high gear in the face of pre-frontal warming and a hard S. wind.


Wind: Winds were S at (obscured) sunrise at 15mph, and slowly slacked built to around 20 by 10;30, then increased to 25+ with higher gusts from 11a thru my departure time at around 2p.

Skies: Skies were heavily overcast and grey, but not quite to the point of drizzle the entire trip.

I fished 6 areas today and found solid fishing at 2, marginal fishing at 1, and nothing at the remaining 3.

I began the day in shallow water at Area 162 given it was catching a lot of the hard S. wind. I fancast for a while with a bladebait and only managed one largemouth – a solid 3 pound fish.

I moved on looking for birds as I went and found some tern activity at Areas 324/143. I fished over these fish until my tally had reached 20 fish, then decided to check some other areas that traditionally hold fish this time of year while the fish were in feeding mode.

The tern action continued a bit shallower, so I followed them up into 19-21 feet of water and continued to catch fish to the SW of Area 54. I stopped when my tally reached 40 and decided to continue looking for active fish elsewhere.

I found suspended fish at Area 36 and managed 7 whites and 1 small largemouth here, all by smoking a spoon by suspenders. Left this alone around 10:30 and headed to Areas 72-149. No bait, no fish, no stay.

Around this time another flock of terns, about 12-15 in number, began working in the vicinity of Area 329/33. I idled over to this area with sonar fine-tuned and found suspended fish, an abundance of bottom-huggers and bait. This was one of those things you just love to see … at the slab fell toward bottom, these aggressive fish rose up to meet it. Long story short, I hovered over this area, which was all of 40 foot in diameter, for a little over 3 hours and put an additional 55 fish in the boat including a 7.375 pound largemouth and a 6.625 pound largemouth caught about 6 minutes apart around noon. Funny thing about these 2 fish. One was very dark — like to typically see in shallow water, weed-dwelling fish, whereas the other was pale and white, which is typical of deepwater fish.

By 2p, the wind was gusting over 30 mph, the bite was just about done, and my trolling motor had “given it all she got, captain”. We headed to the dock with a great 100+ fish December day under our belt.