WHO I FISHED WITH:   This morning, Saturday, July 28th, I conducted a “Kids Fish, Too!” trip for two young men from the Morgans Point area — Micah Briggs and Jacob Sullivan.  Both boys were accompanied by their dads, Stan Briggs, who makes his living in commercial real estate, and Joe Sullivan, a psychologist.  This trip was in celebration of Micah’s birthday.  Stan and his wife, Becca, decided to give this a try after friends of theirs had a good experience with doing a birthday fishing outing for their son, Luke Phillips, back in May of 2017 as he turned 8. 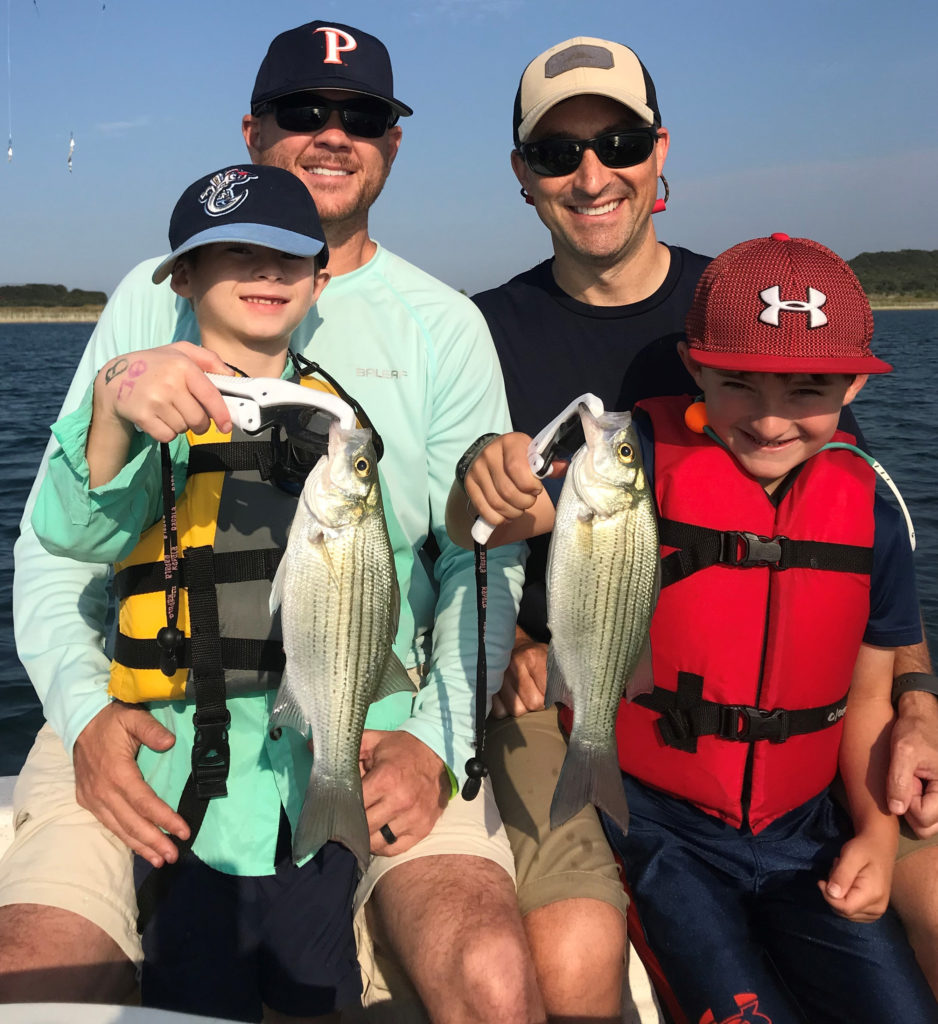 WHAT WE FISHED FOR:  This was a multi-species trip focused on sunfish and white bass

HOW WE FISHED:  Given the age and limited prior experience of the two boys, we focused on sunfish early while the sunfish were shallow and abundant in the low-light conditions.  We fished successfully in under 6′ along the edge of hydrilla with slipfloats.  After the wind began to build, we checked two areas intending to fish for white bass with downriggers.  The first area held bait and fish, but we got no response as seen on sonar.  Our second and final stop for white bass produced consistently from 8:20 through 9:50 and yielded 22 white bass all of which were 2 and 3 year class fish with healthy proportions.  All came as singles and doubles on 3-armed umbrella rigs with Pet Spoons on the business end.

OBSERVATIONS/NOTES: The white bass bite did not begin this morning until the wind began to blow and had a chance to move the water for about 20 minutes or so, around 8:20a.  Despite similar conditions this morning as compared to yesterday morning, the bait was definitely more relaxed today, appearing “blanketed” over the bottom as opposed to being balled up and suspended as was the case yesterday.

TALLY: 68 fish, all caught and released

Wind Speed & Direction: Calm through 8:00am, then starting W3 and building to W6-7 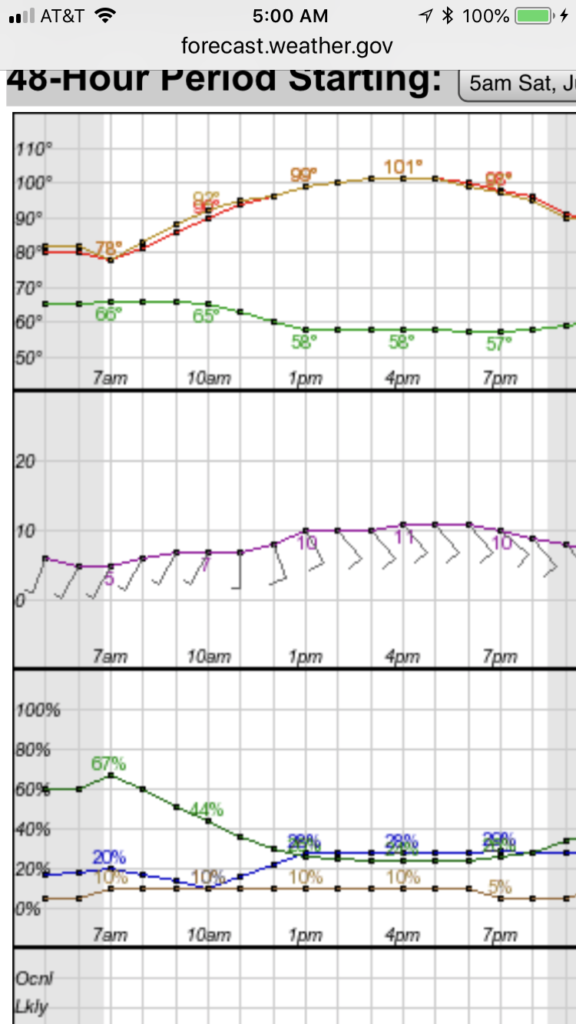 **Area 201 – sunfishing for the first 90 minutes or so under low light, and while waiting for wind to build; 46 sunfish

**Area vic 1969 to SH0048C – scattered but willing white bass taken as singles and doubles via downrigging with balls set 2-8′ above fish; 22 white bass