WHO I FISHED WITH: This morning I fished a Ft. Hood SKIESUnlimited program trip with the DeLeon brothers, Uziah and Santino, who are headed to 6th and 3rd grade, respectively.  The boys were accompanied by their mom, Rhoda, who signed the boys up for this “Fishing 101” activity from among the many options open to military and DoD kids through the SKIESUnlimited program.  If interested, contact Brenda Brown at 254.287.4592. 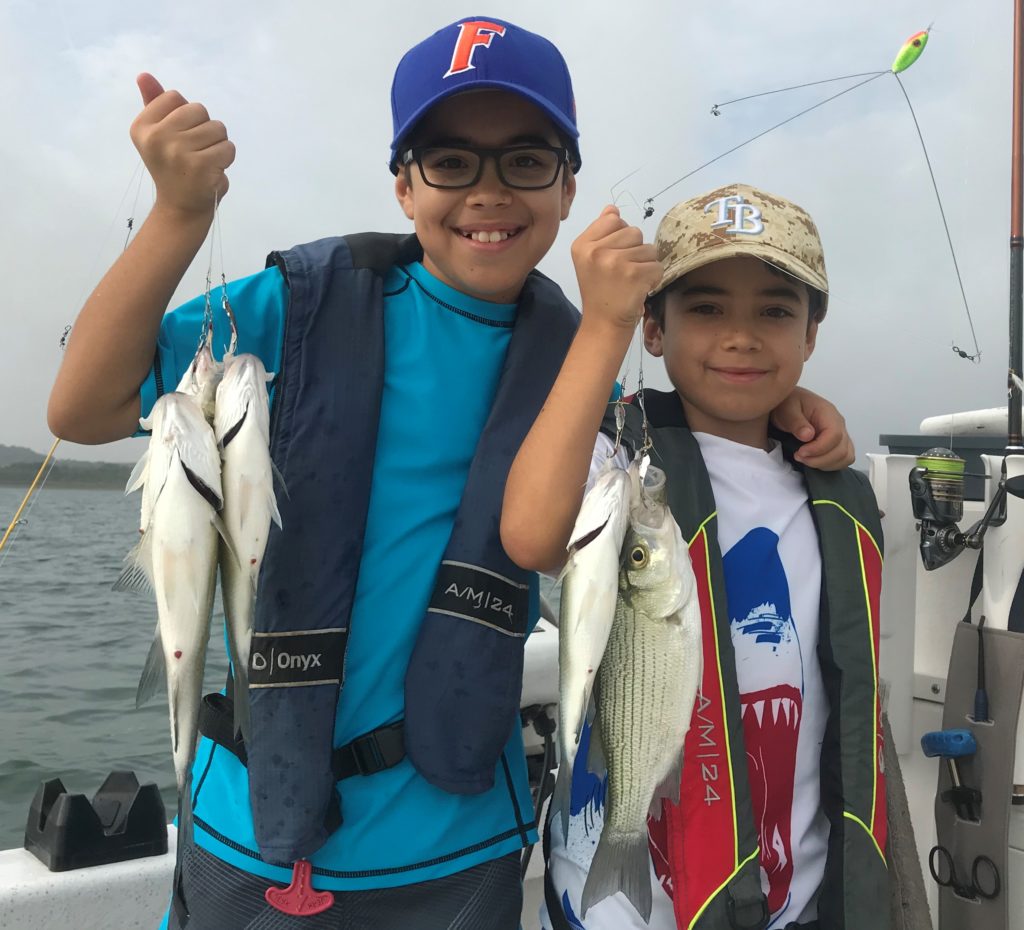 From left: Uziah and Santino DeLeon with a “double triple” — that’s 2 sets of 3 fish — 6 fish total, all caught at the same time.  We found very aggressive white bass and largemouth bass feeding under terns in open water as heavily clouded grey skies continued for the fourth day in a row, keeping temperatures low and fish on the prowl.

WHAT WE FISHED FOR:  This was a multi-species trip focused on white bass and sunfish

HOW WE FISHED:    We started the morning looking for topwater action where it had consistently appeared last week prior to my shift to Belton.  Unfortunately the recent rains had discolored the water a good bit, and the heavy early morning clouds kept the shallows fairly darkened, so, although we saw a few pods of fish feeding, this did not produce for us.  We moved on an did a bit of sunfishing which the boys had looked forward to on their previous trip with me, but which rain had prevented.  After an “intro” to sunfish in which the boys landed 4 fish, we were headed to a second sunfishing area under still-murky conditions thanks to the lingering cloud cover, when I spotted a flock of about a dozen terns feeding over top of topwater feeding whites and largemouth.  This was just right for downrigging.  Over about a 75 minute span, this area produced exactly 40 white bass and a single largemouth bass, included 4 sets of triples (3 fish at a time on a single rod’s 3-armed umbrella rig).  We left about 45 minutes at the end of the trip to do some more sunfishing during which time we landed 10.  We wrapped up right at 10a so Santiago could make it to on-post swimming lessons on time.

TALLY: 55 fish, all caught and released

Wind Speed & Direction: Calm through 8:40a, then a SW wind tapering up to 9 and slowly shifting through S. to ESE while maintaining a steady velocity.

Water Level: 7.19 feet low and rising thanks to locally heavy rains over the weekend 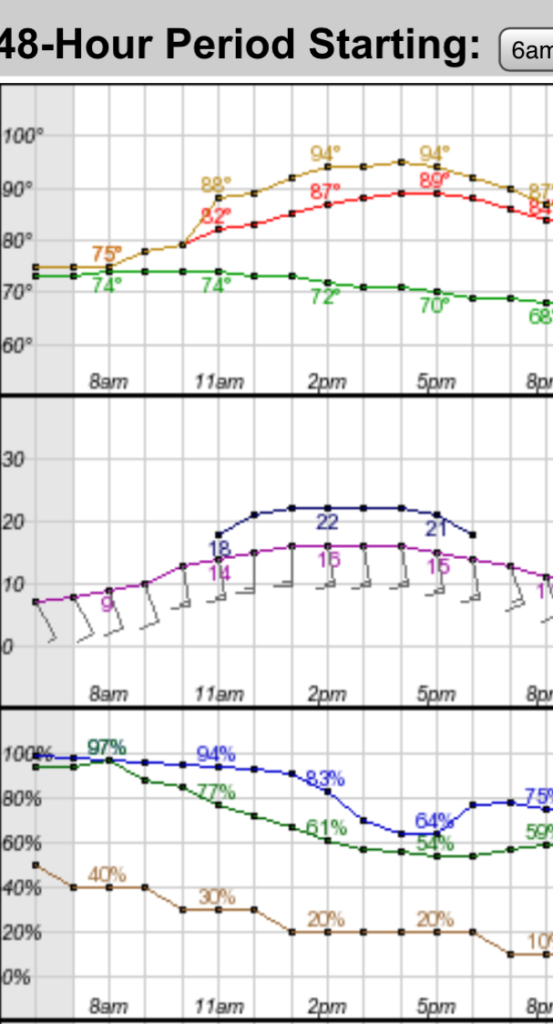 **Area 1043 to 1512 to 056 – areas triangulating aggressive white bass and largemouth bass feeding under terns in 27-33 feet of water.  Caught via downrigging