WHO I FISHED WITH: This morning I fished a multi-species trip with Leon Kyrish’s grandsons, Connor and Will, just about a full year since their first trip to Stillhouse Hollow with me in 2017.  The boys reside north of San Antonio and Leon lives near Canyon Lake, north and west of San Antonio.  The boys and their grandparents came down early and “staged” at a hotel in Salado to avoid an extra-early morning wake up. 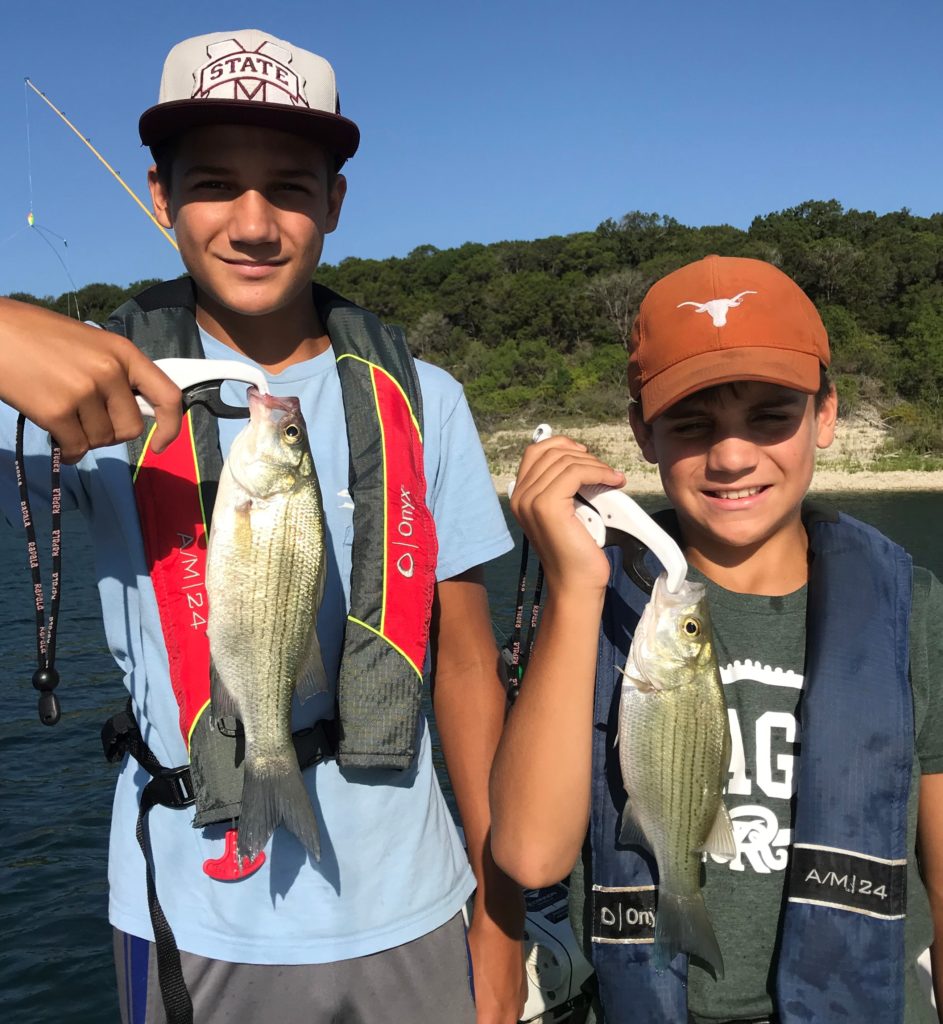 We had to work for our catch today, but the boys stayed enthusiastic the entire morning.  We landed a total of 39 fish under cloudless skies with light winds.

WHAT WE FISHED FOR:  This was a multi-species trip focused on white bass and sunfish.

HOW WE FISHED:   We fished 4.25 hours this morning, spending all but the time from 9:30 to 10:15 (fishing for sunfish) in pursuit of white bass via downrigging. We covered 4 large,distinct tracts of water, finding fish at just two, and that action was pretty light.  We had the brightest skies and lowest wind velocity of any day this week this morning and noted that natural sign was hard to come by.  We saw no bait moving, no largemouth schooling, no terns patrolling or diving on bait, and sonar returns were much reduced versus trips earlier this week.  We wound up catching 19 white bass, 1 freshwater drum, and 20 sunfish.  It was a pretty tough morning.

TALLY: 39 fish, all caught and released

Wind Speed & Direction: No wind for first 90 minutes, then picking up from SSW under 8 for the remainder of the trip. 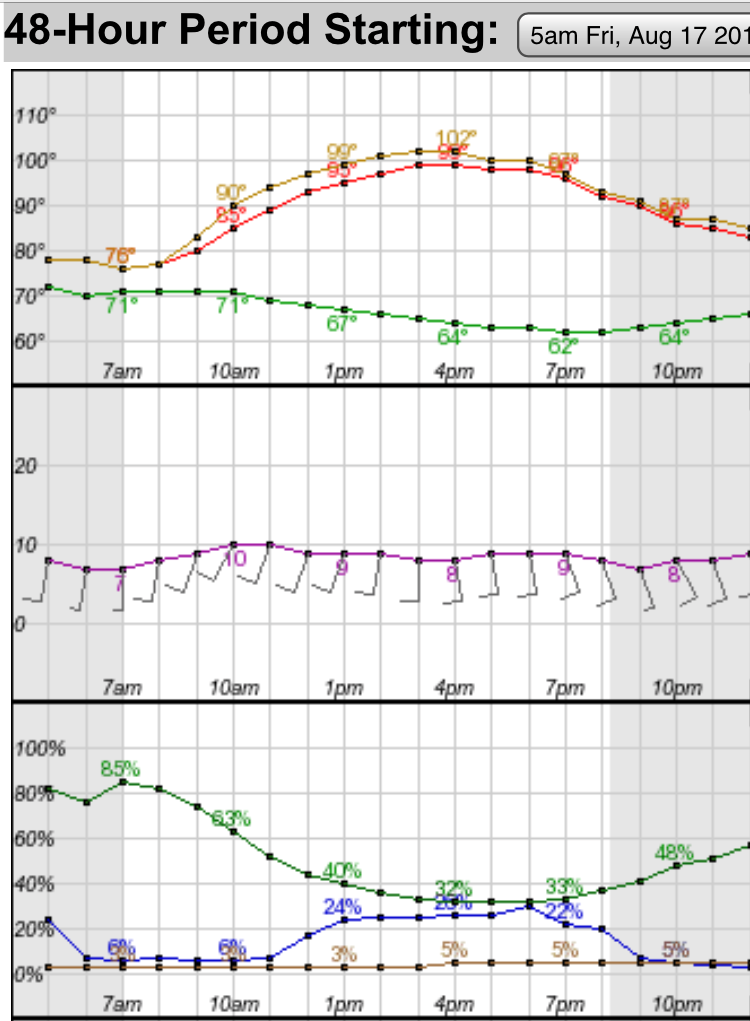