WHO I FISHED WITH: This past Friday morning I fished on Lake Belton for the first time since the flooding with Mr. Joe Oliver and his 88-year-old dad, “Paw” Oliver.  Using a non-Corps of Engineers launch site, and with assistance from a buddy, my wife, and my mother, we made this trip happen.  Joe’s main goal was to spend time in the outdoors with his dad and so, despite a poor fishing forecast, he gave the thumbs-up to run the trip.

In summary, we found Lake Belton flooded by 14.80 feet of new flood water and still rising.  That water was around 67F on the surface, versus 78-79F just 10 days prior.  The fish we found were scattered and suspended, as were the schools of shad we located on sonar.  Even if the water condition was not as it was, this was a less-than-fishy weather setup with calm winds, blue skies, and bright sun.  Just tough no matter how you slice it.

It’s just hard to get excited about fishing right now with the water in the state it is in, regardless of the access issue.  I’ve lived through this plenty of times before … it just takes patience. 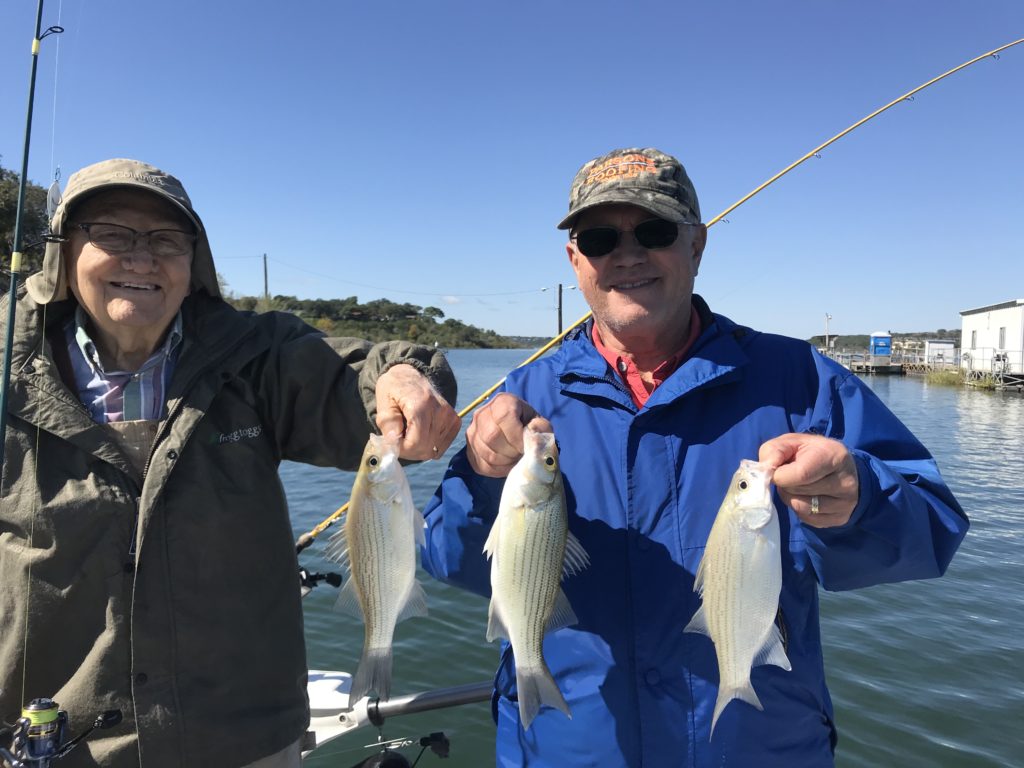 After putting a few fish in the livewell for “flood memento” photos, I drove over to a location that most folks who fish Belton would recognize — The Central Texas Sportsmen’s Club’s floating fishing dock.  This first photo shows Joe and Paw with their fish, the “closeup” shows the walkway which normally leads down to the dock, cocked upwards at an odd angle thanks to the recent flooding. 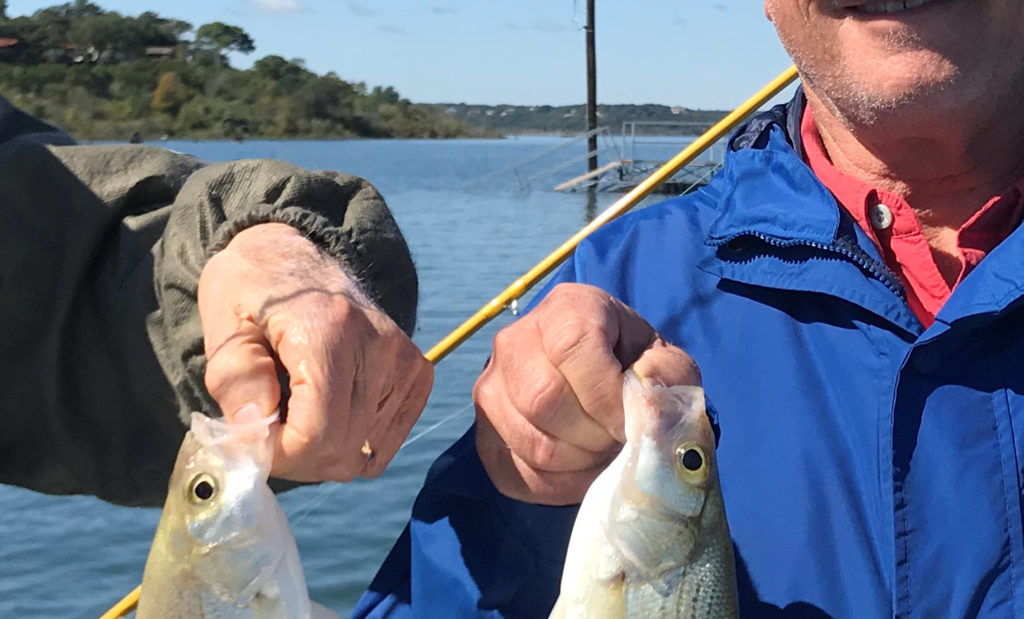 This “closeup” of the Central Texas Sportsmen’s Club fishing dock shows the walkway which normally leads down to the dock, cocked upwards at an odd, steep angle thanks to the recent flooding.

WHAT WE FISHED FOR:  This was a multi-species trip focused on white bass.

HOW WE FISHED:   I covered A LOT of water with sonar, primarily looking for bait, assuming gamefish would not be too far away.  We found fish in 2 distinct areas, one on the main basin and one in the Leon River tributary.  The fish we caught from the first area were caught via a smoking tactic using 3/4 oz. white Hazy Eye slabs with Hazy Eye Stinger hooks attached.  The fish we caught from the second area were caught via downrigging with a 3-armed umbrella rig equipped with Pet Spoons.  These fish were holding at ~22′ below the surface.  Strangely, although these fish stayed in the same general area for about 45 minutes, our two attempts at working them vertically yielded nothing.  These fish would only go for a horizontal approach.  When all was said and done, we landed 15 white bass and 3 freshwater drum in about 4.5 hours worth of effort.

TALLY: 18 fish, all caught and released

Wind Speed & Direction: Calm at trip’s start, shifting to the SE at <4by trip’s end. 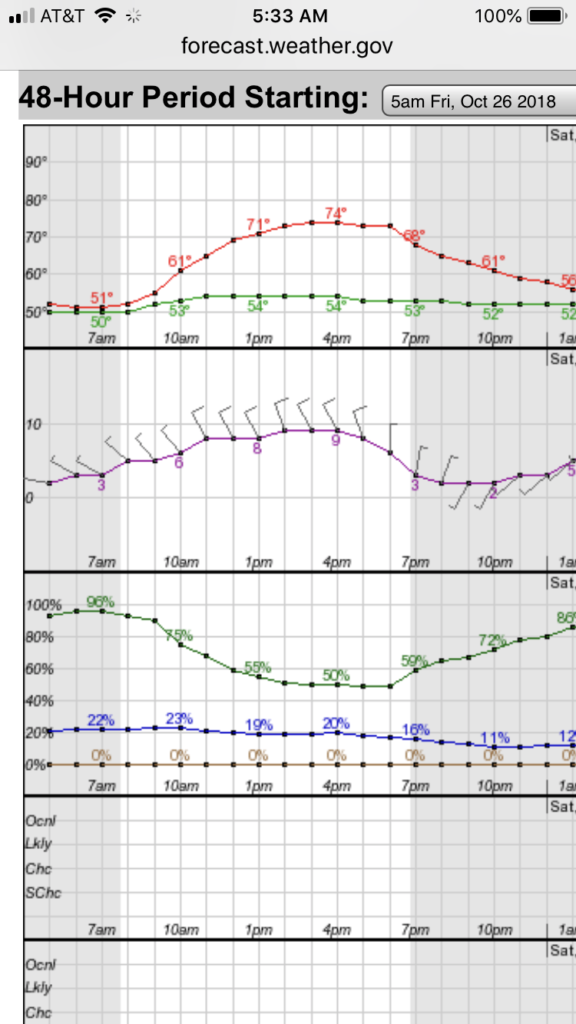