WHO I FISHED WITH:    This morning I fished with a man and his two sons.  Due to the father’s connection to the Department of Homeland Security, he requested that names and photos not be used in this report. 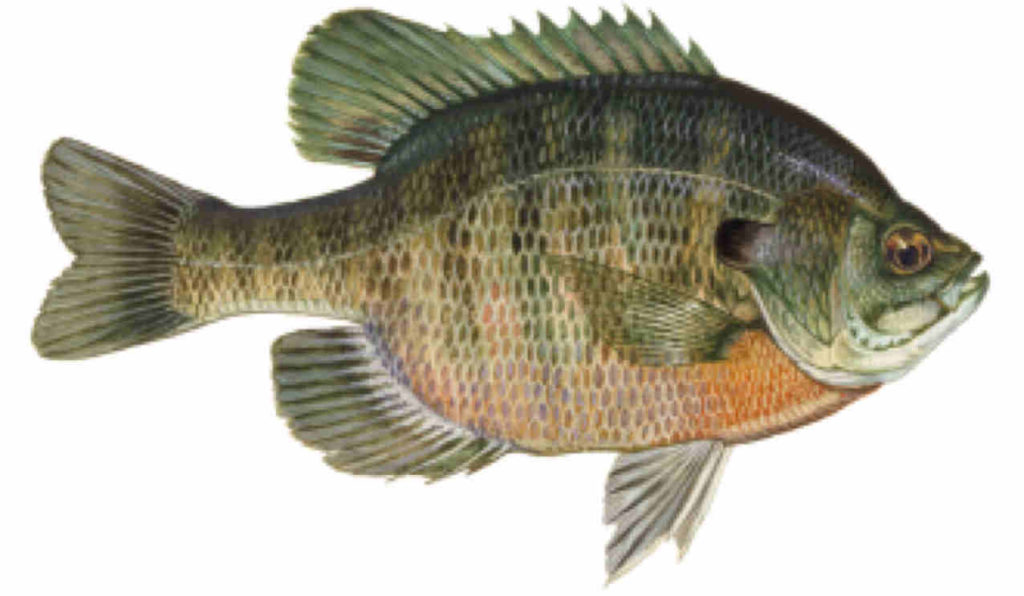 PHOTO CAPTION:    This illustration of a bluegill sunfish was found in The Outdoorsman’s Freshwater Fishing Guide of Southern California.  Sunfish like this, as well as green sunfish, and longear sunfish provided a ready supply of action when bright skies and calm winds shut the white bass bite down early today.

WHAT WE FISHED FOR:  Multi-species (white bass and sunfish)

HOW WE FISHED:  This morning got off to a pretty routine, solid start.  A light SSW breeze had begun to ripple the surface, the sun was rising and was unobscured by clouds, so there was a sudden brightening of the skies which spurred the fish on to begin feeding.  Sonar showed ample fish both suspended off bottom and on bottom.  We set our downrigger balls around 30 feet deep and went right to work.  The boys, ages 8 and 10, missed their first 3 fish due to some rookie mistakes which we worked through, and then wound up converting the next 6 consecutive strikes into landed fish.  Then it happened …

The wind quit just as a thin layer of patchy grey clouds obscured the sun and it was like someone turned off the power.  We found no more white bass anywhere in the vicinity where, literally, minutes before there were hundreds. It was one of the most dramatic mood swings I’ve seen fish make and there was no obvious environmental trigger to  accompany it (no front arrival, no barometric pressure swing, etc.).

We tried downrigging in 2 more areas, adding just one more white bass to the count and had a number of situations where I found suspended white bass in solid numbers and with downriggers well-positioned, only to have our presentation totally ignored (i.e. no fish even budging upwards toward the baits, much less chasing, etc.).

After a longer fishless stretch than I like younger kids to endure, we made a break up shallow to fish for sunfish.  The boys enjoyed this on their trip with me last August, and enjoyed sunfishing again today.  This time, I retained a few to use for livebait hoping to drum up a few largemouth after the novelty wore off the panfishing.

When that time came, we did a bit more looking for white with the ‘riggers but again found none.  By now, the sun was blazing and it was breathless out there.  There was no sign of life at all — no fish jumping, no bait at the surface — just nothing.  We hung baits over several grassy high spots, but after 3 stops had nothing to show for it and called it a day right around 11 am with 56 fish landed — a morning certainly saved by the sunfish!

OBSERVATIONS:    Still no summer schooling action on topwater to speak of by largemouth or white bass.

Sky Conditions:   An unobscured sunrise was covered by a thin layer of clouds from 7:30 to 8:30, afterwhich the clouds dissipated allowing the full force of the sun to shine on a near-windless surface. 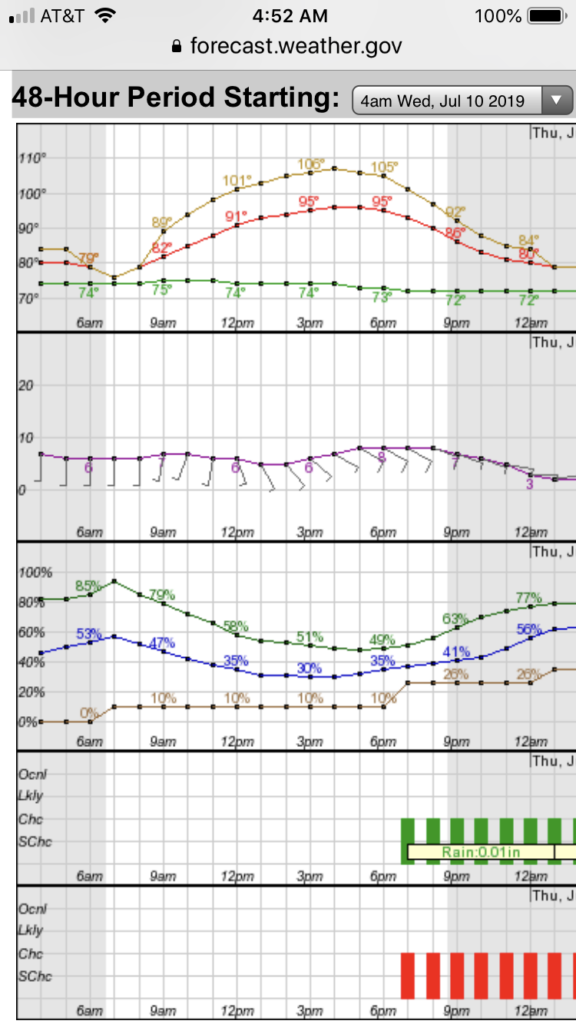