WHO I FISHED WITH:    After a week off of the water to volunteer at my church’s Vacation Bible School, I ran a sonar training session yesterday and then was back at it this past Saturday in pursuit of summertime fish.  I welcomed aboard the Lopez family of Salado, TX.  Mr. Adrian Lopez called me looking for some help in “putting it all together” when it came to fishing.  He fished as a kid and now has a 16-foot boat, but success has been hard to come by and he desired to understand some options for helping his kids connect with fish.

We agreed that a “Kids Fish, Too!” package, focused mainly on the kids’ success, would be appropriate, and that as the morning unfolded, I’d do my best to explain why we were doing what we were doing to help him take more than a random approach his next time out.

Adrian is a principal in the Temple Independent School District.  His wife, Laura, is an assistant principal in that same district; and their kids, 15-year-old Isaiah and 9-year-old Adalia, are both students and athletes, with soccer as their primary interest. 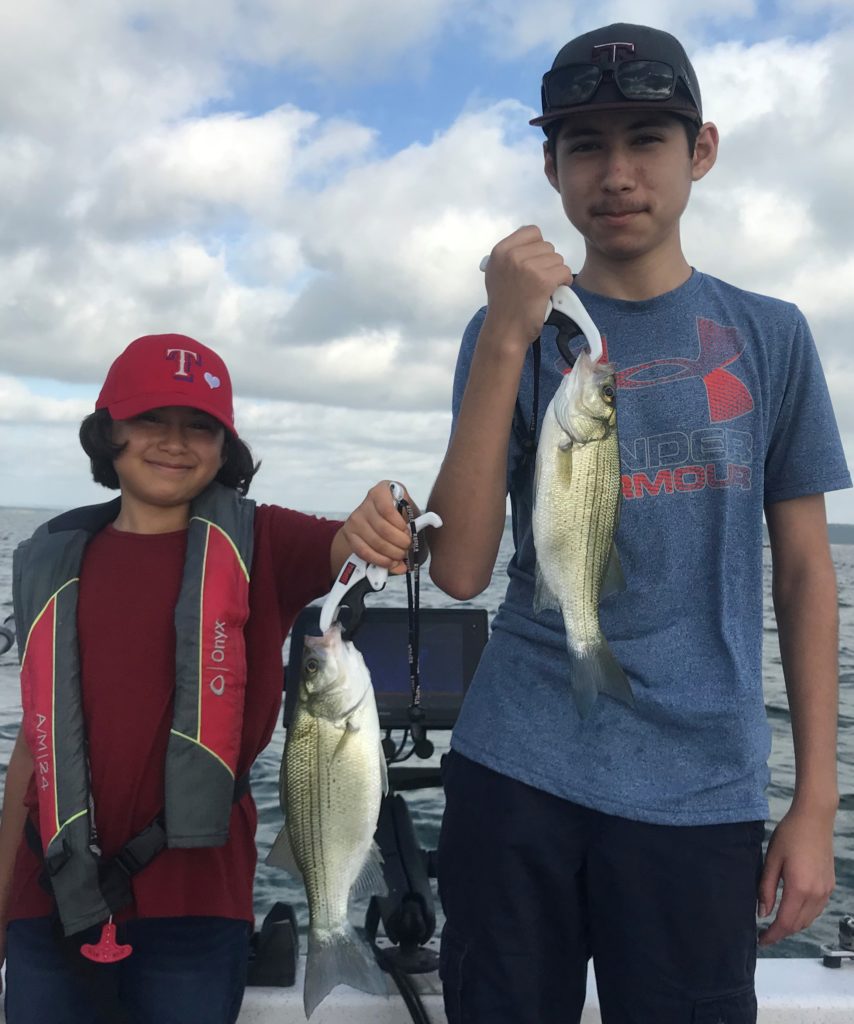 PHOTO CAPTION:  Adalia and Isaiah Lopez with a pair of white bass the siblings took while working tailspinners vertically in 30-40 feet of water during their “Kids Fish, Too!” kids-focused fishing trip this morning.

HOW WE FISHED:  My plan was to downrig early, then to fish tailspinners vertically in deep water, and finish up with fishing sunfish up shallow.

The downrigging was, surprisingly, a bust this morning.  This almost never happens in the summer unless we get a wind shift to the north, which was not the case today.  I noted that there was a lot of relaxed bait blanketing the bottom in the areas I searched for white bass while downrigging indicating the shad were not threatened.  So, either the fish weren’t there, or they were so turned off the bait sensed no threat.  I gave it a full hour on the downriggers, putting the balls down at 4 distinct locations with only one suspended school of white bass showing any response over that entire time (and we didn’t pull a fish from that school).

The vertical fishing began around 8am and produced right through 9:30am.  We found fish between 30-40 feet, albeit initially the sonar readings were quite sparse.  We groomed the bite by sitting in one place, on Spot-Lock, using the thumper and working our tailspinners to draw in and keep fish under the boat.  Fish came through steadily in schools ranging from a dozen fish to up over a hundred fish, but none of them stayed put very long.  We wound up making three “short hops” in this vicinity and picking up fish each time we hopped.  Between our second and third hop, I put the downriggers down as I was seeing fish routinely suspended about 3 feet off bottom and they were grouped together in small packs.  We picked up a double (Isaiah) and a single (Adalia), but went back to vertical work with tailspinners as the kids found that more engaging.

We wound up catching 23 white bass and 1 drum by the time we concluded this effort to head up shallow to sunfish.  We left these white bass still biting.

We wrapped up the trip making 2 stops in one area in under 10 feet of water fishing livebait under slipfloats around rock and hydrilla to target green, bluegill, and longear sunfish.  As I explained to Adrian, this is a fast-paced form of fishing which does not require much time or money and which kids, even teens, really tend to take a liking to.  We wound up landing a total of 46 sunfish, during which time Adalia earned the nickname “Sunfish Queen”.  She had a keen eye, kept it on the float, and reacted instantly when those sunfish even breathed on her bait — and she put a hurt on them!

OBSERVATIONS:   Here is a very interesting year-to-year comparison of water temperature at depth.  Something about this, I suspect, correlates to the lack of topwater action on Stillhouse thus far … at 60 feet deep, the water is a full 13 degrees warmer than it was around this time last year, and there is no distinct thermal break. 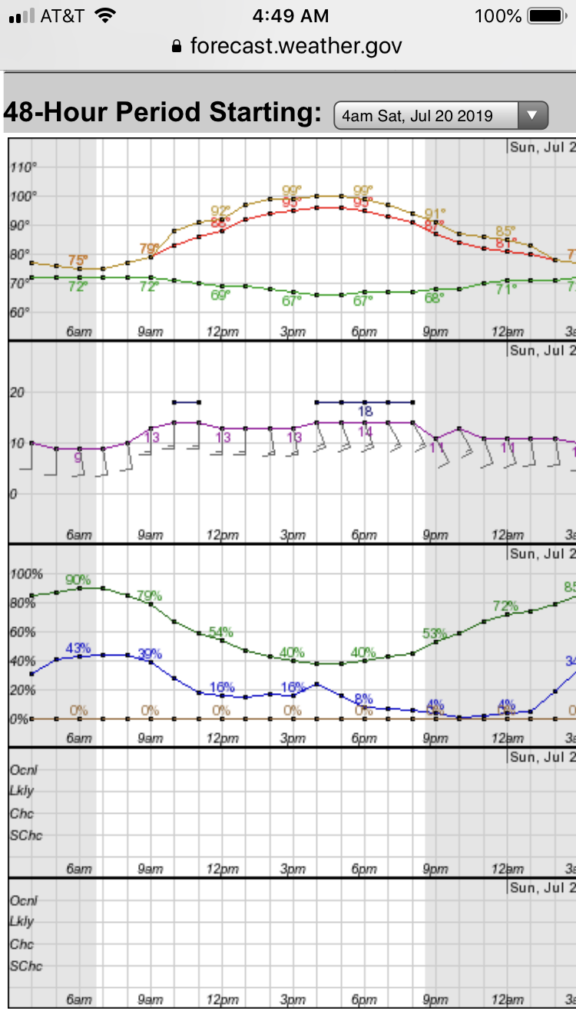