WHO I FISHED WITH:     This morning, July 24th, I conducted the eighth SKIFF program trip of the 2019 season as I welcomed aboard the sons of U.S. Army Staff Sergeant Elias Pantoja, along with their mom, Natalie.

SSG Pantoja is separated from his family currently as he serves as a medic in South Korea.  He has been in the military for 13 years now.

The boys, Connor, age 9, and Mason, age 12, had been fishing a time or two before and did well on today’s trip.  Thanks to Mr. Dave Hill of the Austin Fly Fishers, at the conclusion of the trip, each young man went home with a SKIFF logo ball cap, a small tackle box, and a closed-face rod and reel.

This fishing trip was provided to this military family at no charge.  S.K.I.F.F. stands for Soldiers’ Kids Involved in Fishing Fun.  This program began in May of 2009.  It is funded by the donations and fundraising efforts of the Austin Fly Fishers and other organizations they have partnered with.  S.K.I.F.F. provides the children of military personnel separated from their families due to duty commitments with the opportunity to go fishing.  I coordinate and conduct these 3.5 to 4 hour adventures on Belton Lake and Stillhouse Hollow Reservoir, just outside the gates of Fort Hood in Bell County, TX, year ’round. 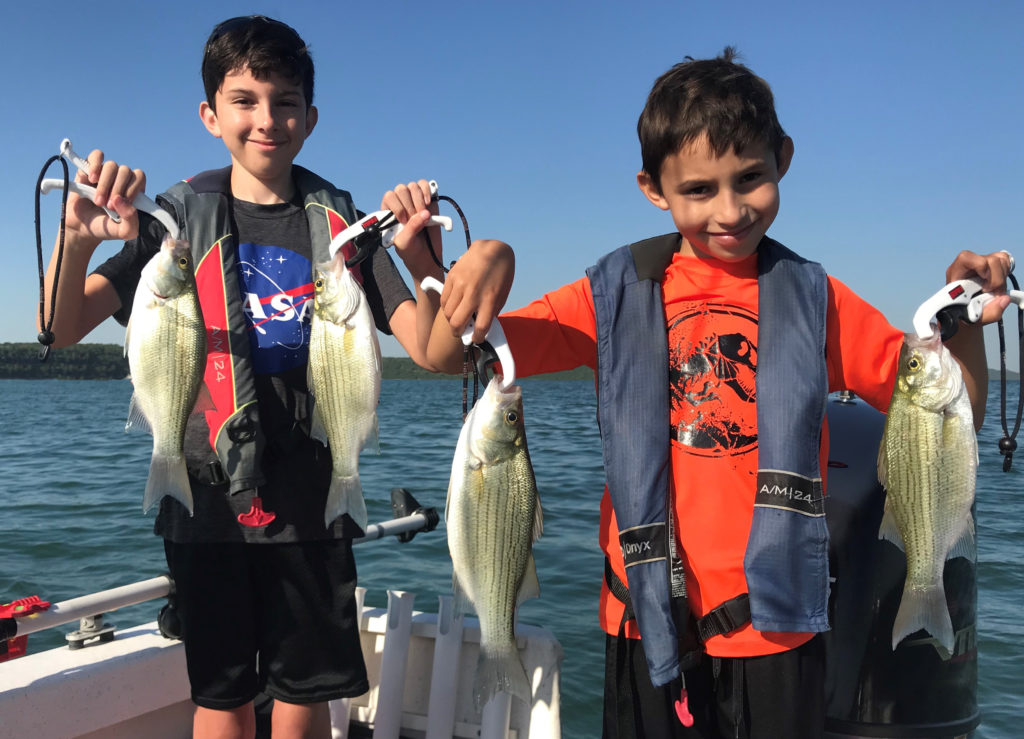 PHOTO CAPTION: The Pantoja brothers, Mason (right) and Connor, each with a pair of white bass taken while we worked vertically with tailspinners.

HOW WE FISHED:  As I’ve described many times here, it is important to keep kids successful and to introduce transitions to new things over the course of a half-day trip to keep the kids engaged the whole time.

Our initial shot at downrigging did not produce for us as the wind and the fish got a late start this morning.  By 7:30, we were working tailspinners in about 34 feet of water successfully.  The boys managed 7 fish in the boat and a few more lost due to some “rookie” mistakes which are all part of learning.  Once the population of fish we’d found turned off, we made another transition to sunfishing.

We headed up shallow into a combination of rocks, wood, and hydrilla to find our sunfish this morning, and, in about an hour’s time, more than quadrupled our catch, taking our tally up to 30 fish, including bluegill, longear, and green sunfish.

During our final half-hour on the water, we returned to the general vicinity where the white bass had cooperated on the tailspinners earlier, and more thoroughly combed over this area with downriggers equipped with 3-armed umbrella rigs rigged up with small Pet Spoons.  The fish were present but far from enthusiastic.  Nonetheless, each brother landed two more fish each, their first on the downriggers, thus taking our final fish count to 34 fish landed.

The boys got to experience success with three different tactics and landed four different species of fish in doing so.

OBSERVATIONS:  This was the second full day of mild, cold front conditions and a north wind.  As usual, these high-pressure conditions made it tougher than usual. 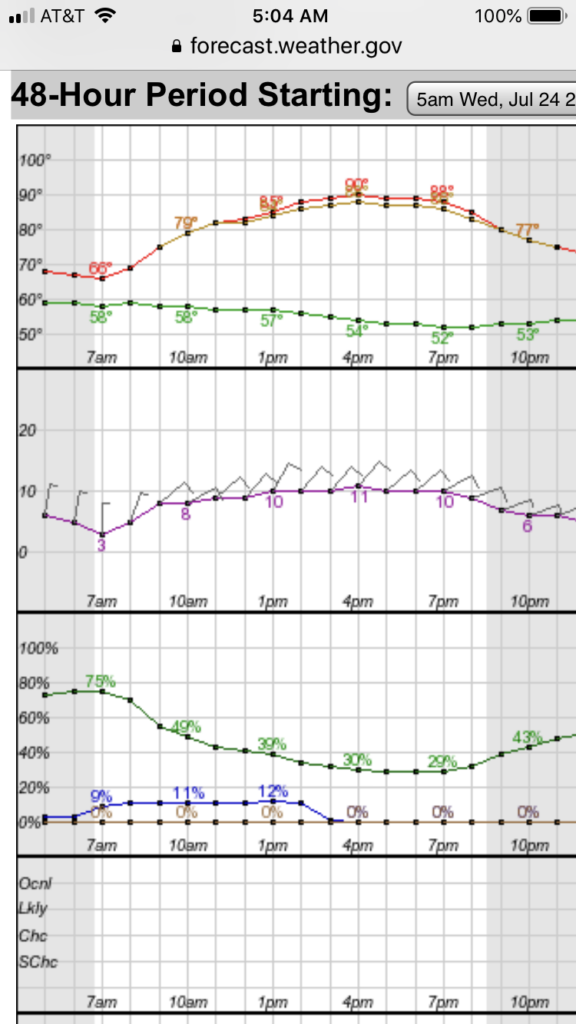