WHO I FISHED WITH:     This past Friday morning, July 26th, I fished with Leo Ramirez, Leo’s father (also named Leo), and a friend of the family, Chris Hastings.  The three men have fished on occasion in the past mainly as a break from the stress of work and life.

The elder Leo is a retired school teacher who now tutors kids in math; Leo once earned Texas Teacher of the Year honors at the 5A school level.  The younger Leo runs his own company now after a career in the tech industry.  Chris works in sales for Apple in Austin. 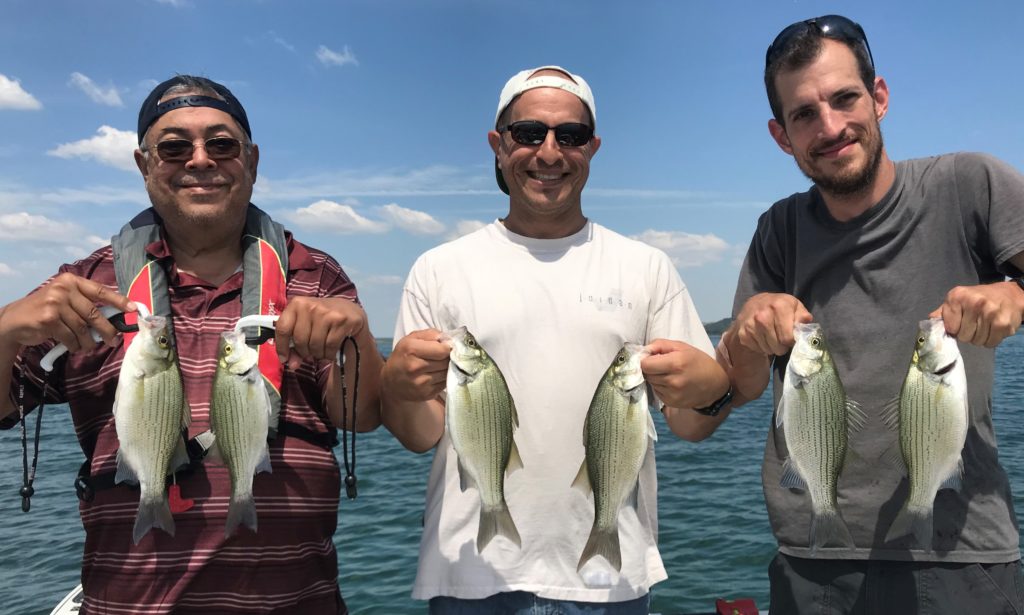 PHOTO CAPTION: From the left: Leo, Leo, and Chris each with a pair of white bass which came during a short spurt of action toward the end of a very tough morning made difficult by light winds and bright skies.

HOW WE FISHED:  If you’ve followed my blogging, you’ll know I don’t sugar-coat my reports, pad my numbers, or post only when we’ve done well.  Today we had a very rough go of it as is often the case under low wind, bright sky conditions.

First, we started a bit later than I normally would (my bad; a failure to communicate).

Had the light winds we experienced been forecast, my choice would have been to either delay to the evening, or postpone.  As it was, we were due to have winds up to 6-8 mph by the time the low light period had passed by 8:30am (see below), but this just did not materialize. Instead, it stayed calm through 10am.

Everywhere I looked, we found much the same scenario — scattered gamefish and ample, very relaxed bait forming a 3-4 foot thick “blanket” at 30-34 feet deep.  No schools, or pods, or “wolfpacks” of gamefish, just loosely scattered individuals.  Also, we found no “balls” of bait forming together tightly because they felt threatened.

We downrigged extensively to cover water and to create our own breeze in the near-dead calm conditions.

Had the light winds we experienced been forecast, my choice would have been to either delay to the evening, or postpone.  As it was, we were due to have winds up to 6-8 mph by the time the low light period had passed by 8:30am (see below), but this just did not materialize. Instead, it stayed calm through 10am.

Around 10:30, in about 42 feet of water off the face of a shallower slope, we finally found some fish perked up and feeding up around 27-29 feet deep, just moments before the SE breeze finally began to kick in.

I knew this was “do or die” time, and did all I could to maximize the time our baits spent in the water as we ran twin 3-armed umbrella rigs on twin downriggers using Pet Spoons as the bait.

We took 15 white bass over a 45 minute span with 4 of these coming as doubles — both for Chris.  The action died nearly as quickly as it began, and the fish returned to the same lazy posture they’d been in most of the morning.

Over the course of the morning, as we downrigged and I saw loose concentrations of white bass holding in a definable area, we stopped and worked tailspinners vertically, but this did not produce a single fish for us all morning.

Beyond the white bass, we landed one smallish largemouth, also via downrigging.  By the 4.75 hour mark we called it a done deal with 16 fish landed.

Fortunately, the fellows enjoyed being outdoors, enjoyed one another’s company, and enjoyed the “boat-tech” I introduced them to.  Sometimes I have to remind myself that fishing is about more than a tally at the end of the day.

OBSERVATIONS:  Lake finally fell back to full pool for the first time after being over full pool since the major flooding last October. 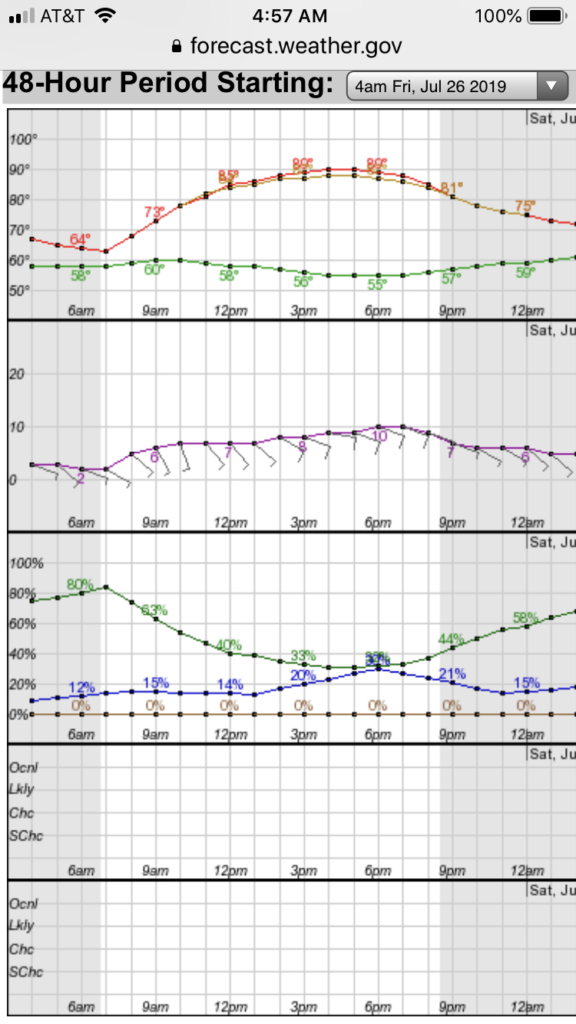