WHO I FISHED WITH:     This morning, July 29th, I conducted the ninth SKIFF program trip of the 2019 season welcoming aboard Bryan Sanchez of Harker Heights.  Bryan is entering into his senior year at Harker Heights High School where he currently participate in the ROTC program.  After high school he plans to pursue either medicine or law enforcement through the military.

Bryan’s parents are both veterans; his mom a Reservist and his dad, Javier, was disabled following his second tour to Iraq in his eighth year of service in the U.S. Army. 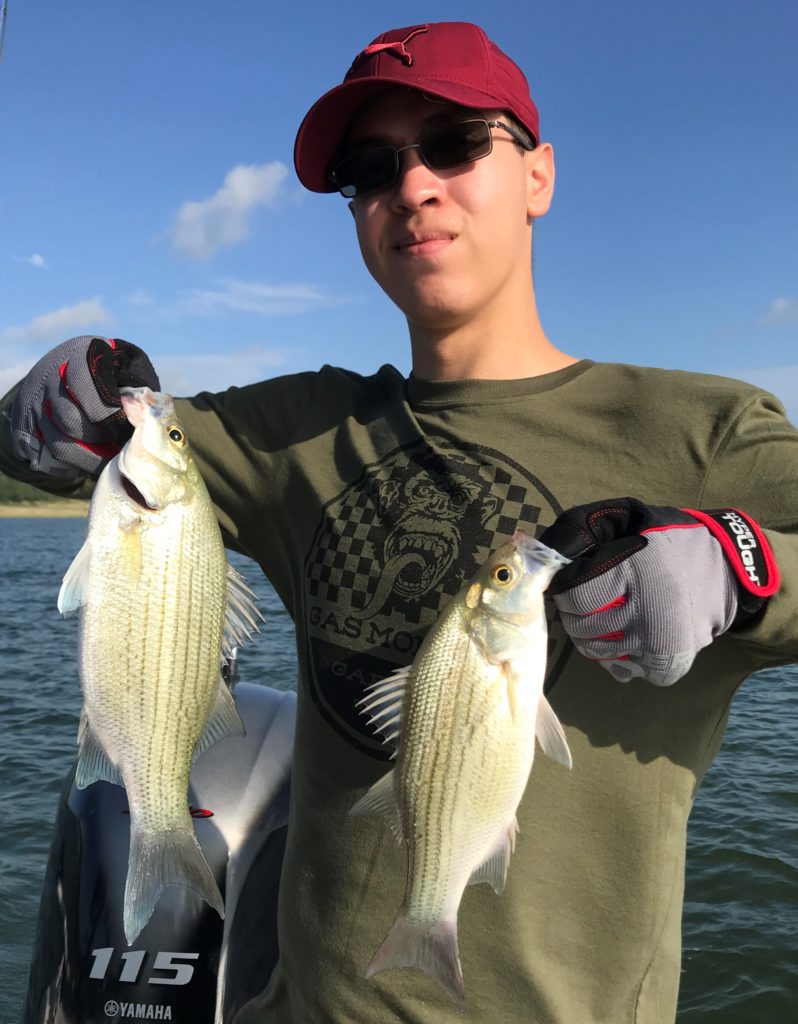 PHOTO CAPTION: The Pantoja brothers, Mason (right) and Connor, each with a pair of white bass taken while we worked vertically with tailspinners.

HOW WE FISHED:   This morning’s trip consisted of three segments.  First, we found fish forcing young of the year shad to the surface in the low light time just around sunrise.  We cast hardbaits imitating the size, shape and color of these small baitfish to the fish and retrieved our baits just under the surface for about 35 minutes of non-stop action.  The wind did us a bit of a favor in that it made it difficult to see the topwater feeding, thus allowing us to get on fish without other boats being drawn by the hard-to-see splashing.  Eventually 3 other boats came in, but the catching was nearly over by then.  We landed 30 fish during this time including 28 white bass and 2 hybrid striped bass.  The potential was there for more, by Bryan was new to casting spinning gear, so we had to work through that learning curve.

Next, we set our downriggers down to continue to fish in the same general area where we’d seen the topwater action occur, allowing us to pull 7 more fish before the early morning white bass bite shut down.  Our tally was now 37 fish,

We tried downrigging at one other area, coming up with 4 juvenile white bass and nothing more. Our tally bumped up to 41.

We stopped at one promising area holding bait and a few fish and worked slabs/tailspinners to no avail.

We wrapped up the trip fishing for sunfish up shallow in our last 50 minutes on the water, adding 11 fish of 4 species (redear, bluegill, longear, and green sunfish) to our take, ending the trip with 52 fish total. 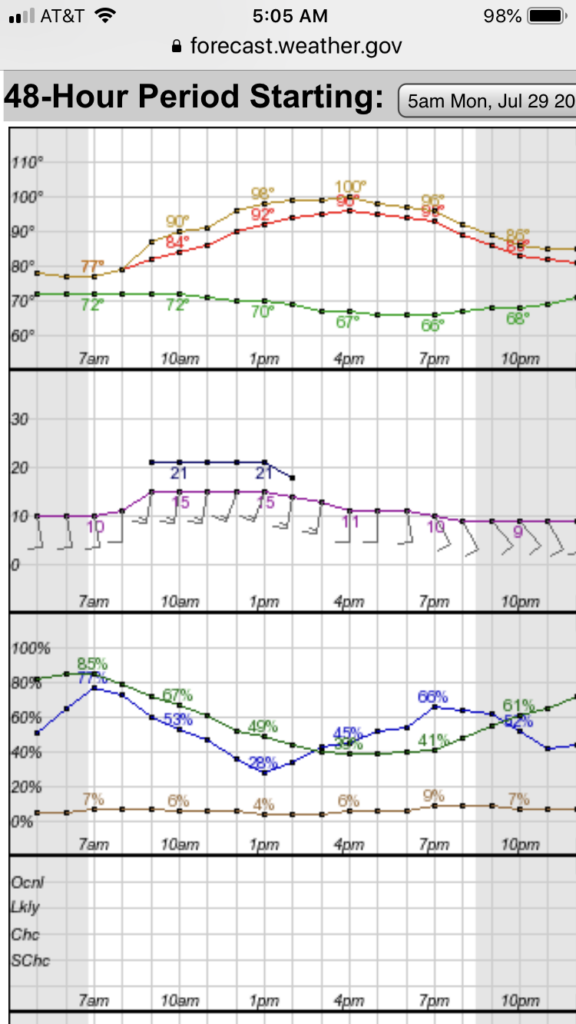 **Area  B0155C to 1924 to B0156C – low light topwater action, followed by downrigging action after the increasing light drove the fish down