WHO I FISHED WITH:     This morning, August 2nd , I conducted the tenth SKIFF program trip of the 2019 season.  I welcomed aboard 8-year-old brothers Jonah and Jayden Talivaa, accompanied by their mom, Joelle Talivaa, a U.S. Army veteran who served one enlistment as a truck driver.  The boys father, U.S. Army Specialist Johnathan Talivaa, has served a total of 18 years on both active duty and in the Reserves.  SPC Talivaa is currently deployed to Kuwait where he works in a military supply unit. 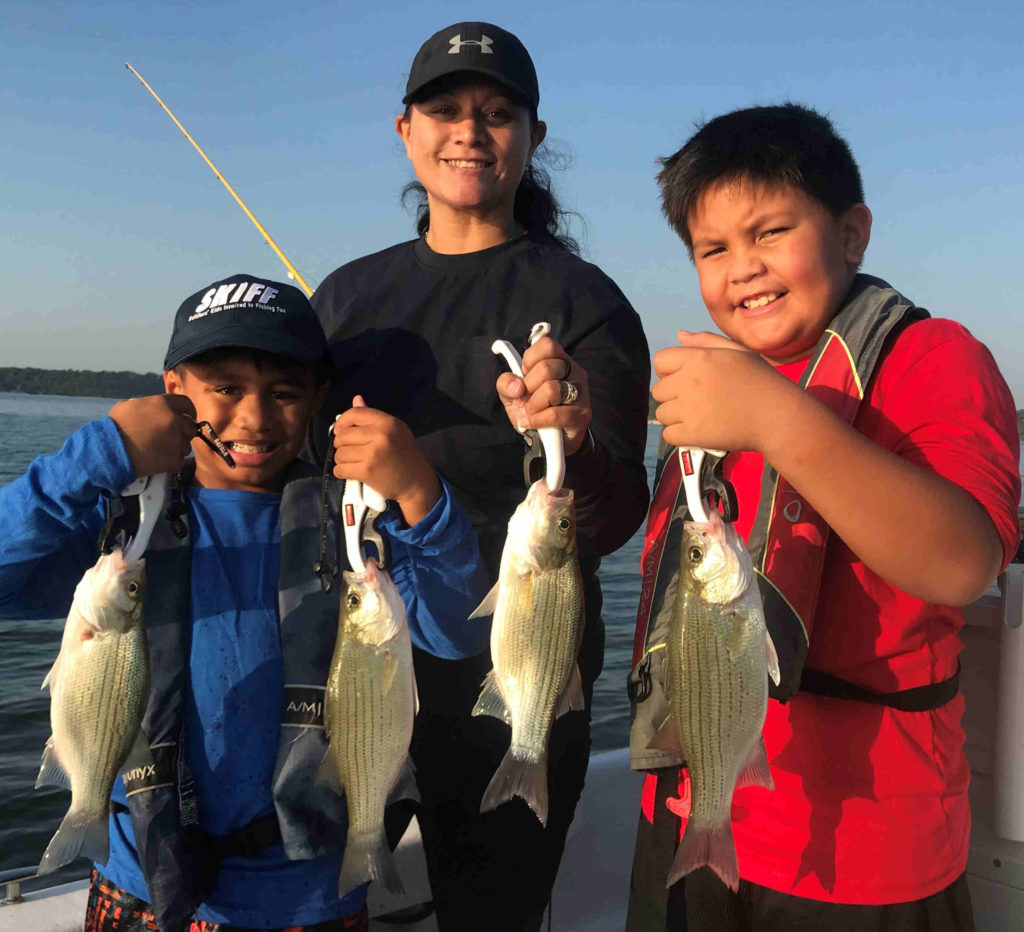 PHOTO CAPTION:  From left: Jayden, Joelle, and Jonah Talivaa with a sampling of the white bass that fed intensely, albeit briefly, this morning.  After the white bass shut down, we went up shallow hunting sunfish.

HOW WE FISHED:   This morning’s trip began at 6:20am as we began searching for topwater white bass.  The bite was shorter in duration and less intense this morning than I observed the rest of the week.  We picked up a few casting shad-imitating slabs, but actually did much better downrigging 3-armed umbrella rigs over fish that had already sounded.  By 7:40a the aggressive white bass action was over.  We’d landed 17 white bass and 3 hybrid by this time.

With fairly calm winds, hot weather, and two 8-year-olds on board, it was now time for sunfishing.  We hit only two areas and found all four species of sunfish very cooperative.  The boys got the knack for catching these abundant fish very quickly, and enjoyed it, so, we stuck with what was working well.  The boys went on to catch exactly 80 sunfish, taking our morning’s total up to exactly 100 fish before the Gatorade ran low, the sun got high, and we decided to call it good right there. 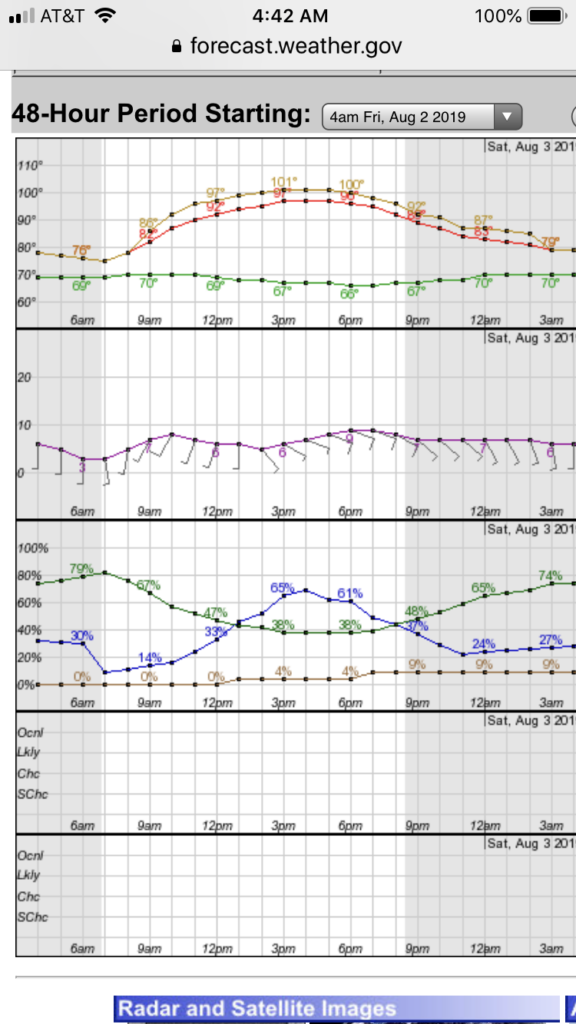