WHO I FISHED WITH:   This past Saturday morning I fished with long-time buddies Jim Pratt and Manuel Rodriguez.  The men’s wives presented them with a gift certificate some time ago and today was the day they chose to redeem it.

Jim is in command of a Fort Hood FORSCOM medical unit as a U.S. Army commissioned officer with a background in veterinary medicine, and Manuel, from San Antonio, manages multiple SONIC restaurant franchises in that metropolitan area.  The two men and their wives first got to know one another as neighbors when the Pratts were stationed in San Antonio.  The men, their wives, and their kids routinely “do life” together. 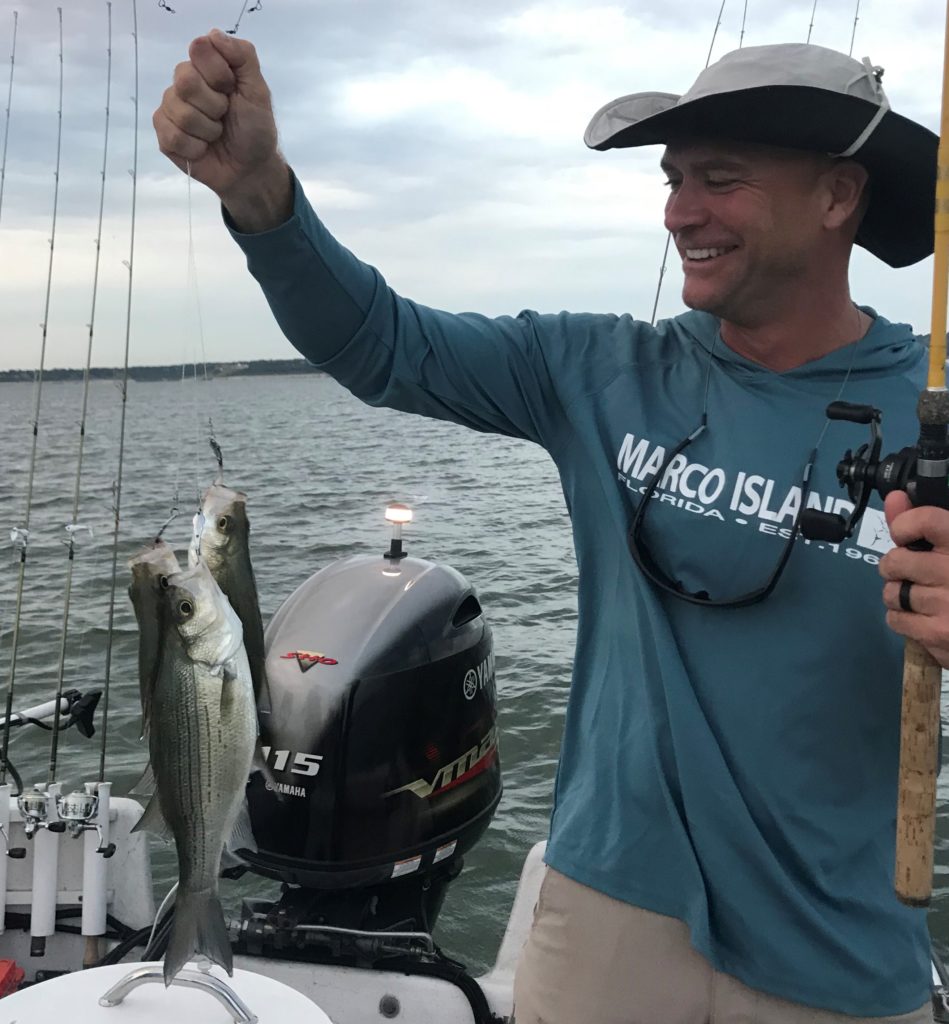 PHOTO CAPTION:  Jim jump started the morning by putting this low-light triple of white bass in the boat as we downrigged for fish which were aggressive, but which did not come anywhere near the surface to feed thanks to the heavy cloud cover. 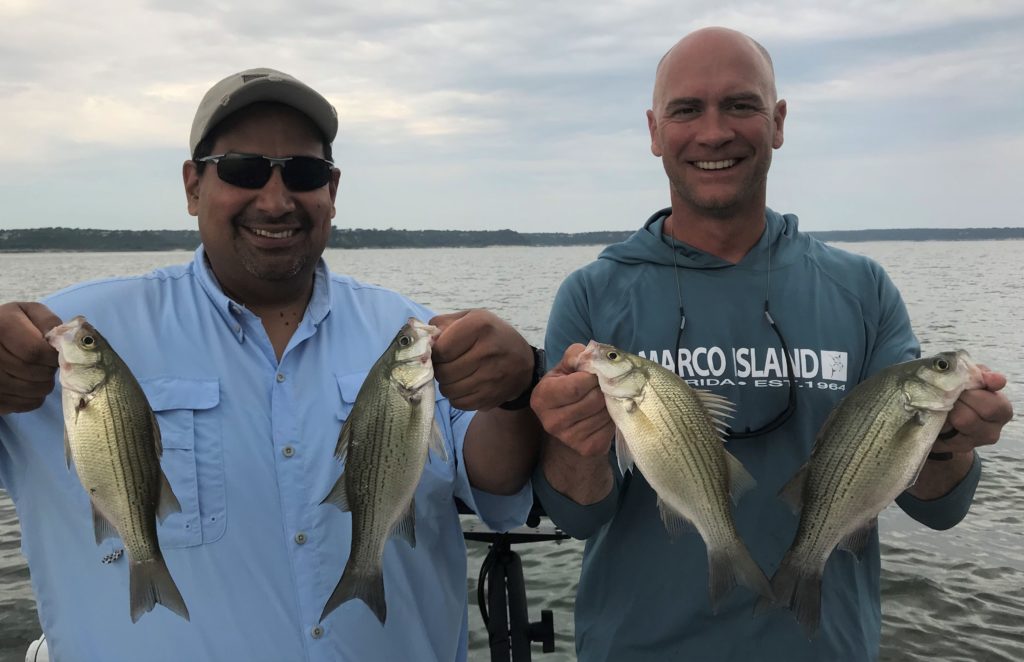 PHOTO CAPTION:  From left: Manuel Rodriguez and Jim Pratt with a few of the 49 fish we worked up on an unusually cool, cloudy early August morning in which we even saw a little light rainfall.

WHAT WE FISHED FOR:  Multi-species targeting white bass

HOW WE FISHED:  Nature pitched a curve this morning, ending a 12 consecutive day string of reliable topwater feeding in the low-light period either side of sunrise.  During this time, no topwater action occurred as thick cloud cover obscured the sun’s light thus failing to draw fish toward the surface.  The fish still fed well, and, in fact, were moving and gorging themselves on shad over the same time period during which the topwater action had been taking place earlier in the week, but they did it in the lower third of the water column instead of near the surface.

We scored well with downriggers during this time, putting 28 of our 49 fish in the boat during the first 75 minutes’ of effort.  During this key time, we landed singles, doubles, and triples.  As we caught fish, I observed a number of other boats in pursuit of white bass moving about after not seeing a surface bite develop.  I also noted those remaining stationary and fishing vertically experiencing poor results.  Later, when the bite got tough, we also found that fish were not very interested in a vertical presentation.  Only 2 of our 49 fish came on lures presented vertically.

After the initial strong feed, we searched 6 additional areas, finding consistency at two.  Of those two, one gave up only small fish (Area 2054).  The other area (Area 1814-1936) provided better quality and quantity.  It was here, as the clouds thinned and the skies brightened (although still covered by clouds) that I observed the first “popcorn” schooling of the morning, as white bass pushed shad to the surface and fed for just seconds at a time.

OBSERVATIONS: 1) I bumped up to the next size of Pet Spoon today based on observations on the size of regurgitated shad I witnessed.  2) The temperature profile I took down to 70 feet showing no distinct thermocline developed…

Wind Speed & Direction: SSE 5-7 through 9:20, then increasing briefly to SSE13 for about 30 minutes, then dropping back to SSE5 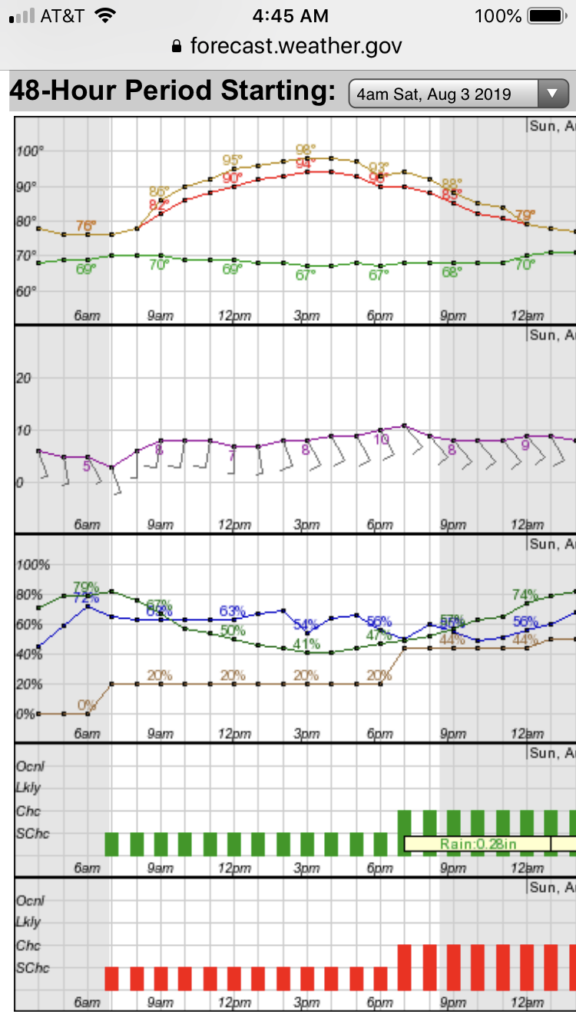