WHO I FISHED WITH:     This past Tuesday morning, August 6th , I conducted the eleventh SKIFF program trip of the 2019 season.  I welcomed aboard Lana (11), Shane  (8), and Wyatt  (6), the children of Sergeant First Class Joshua Pavey and his wife, Angel.  On this trip, Angel left the kids in my care, as she also has a 3-year-old to tend to.

SFC Pavey had just returned from a rotation at the National Training Center in Fort Irwin, California, and, just days later, left home again to participate in a situational training exercise (STX).  SFC Pavey has been in the Army for 15 years and serves as an electronic warfare specialist. 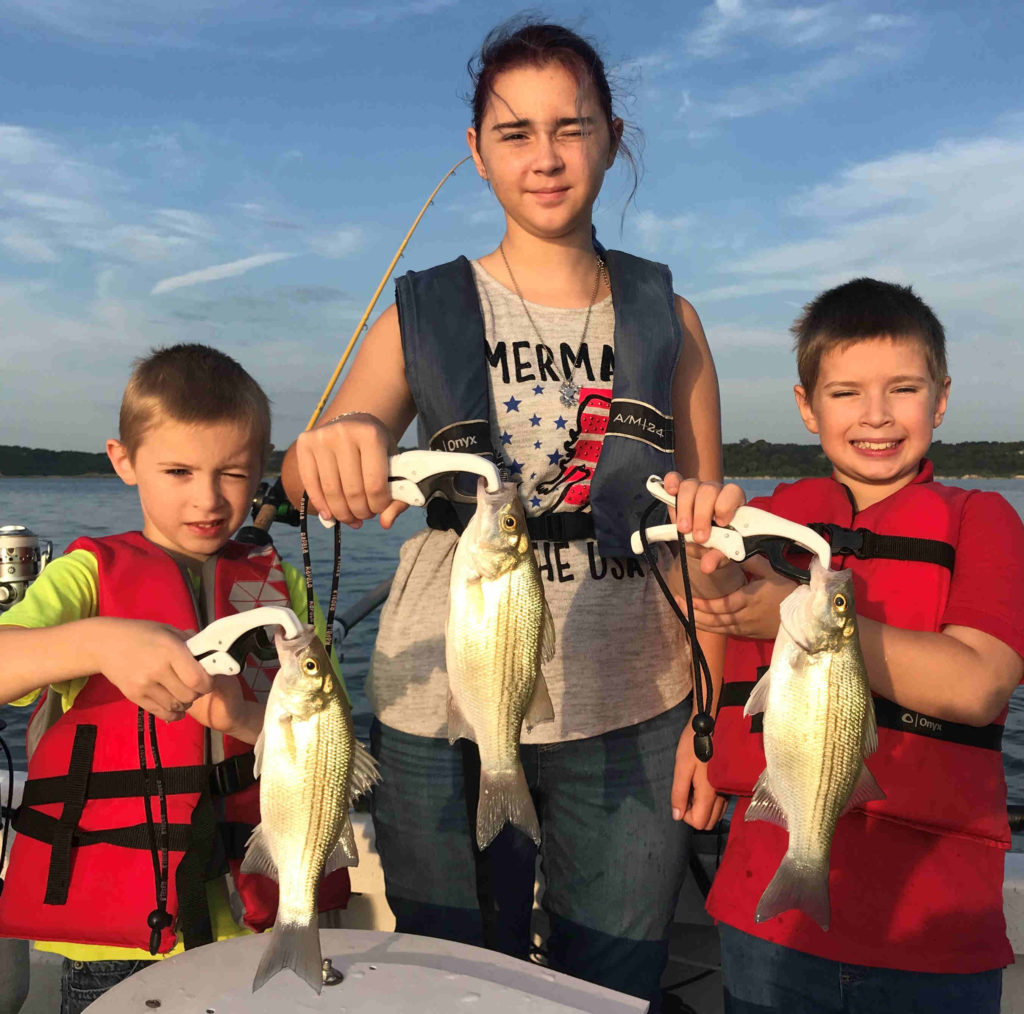 PHOTO CAPTION:  From left: Wyatt, Lana, and Shane Pavey with a few of the white bass which fed aggressively during the first hour after sunrise.

HOW WE FISHED:   This morning’s trip began at 6:20am as we began searching for topwater white bass.  The bite was about 30 minutes long on top, then transitioned to a downrigger bite for about another 20 minutes thereafter.  We picked up a few casting shad-imitating slabs with me doing the casting as the kids had no prior experience with spinning gear, and because there were a lot of moving parts with 3 kids on board.  We did much better downrigging 3-armed umbrella rigs over fish that had already sounded.  By 7:40a the aggressive white bass action was over.  We’d landed 13 white bass and 1 hybrid striped bass by this time.

All three kids earned their TPWD “First Fish Award” during this trip.

With fairly calm winds, hot weather, and three younger kids on board, it was now time for sunfishing.  We hit two areas and found all four species of sunfish very cooperative, along with some “bonus” blacktail shiners.  The kids got the knack for catching these abundant fish very quickly, and enjoyed it, so, we stuck with what was working well.  The kids went on to catch exactly 66 sunfish, taking our morning’s total up to exactly 80 fish before little Wyatt gave out, followed shortly by Shane throwing in the towel.  Lana, on the other hand, I believe could have hung with me all day.  Her favorite phrase of the the morning was, “We’ve got a new friend!” each time she brought in another sunfish. 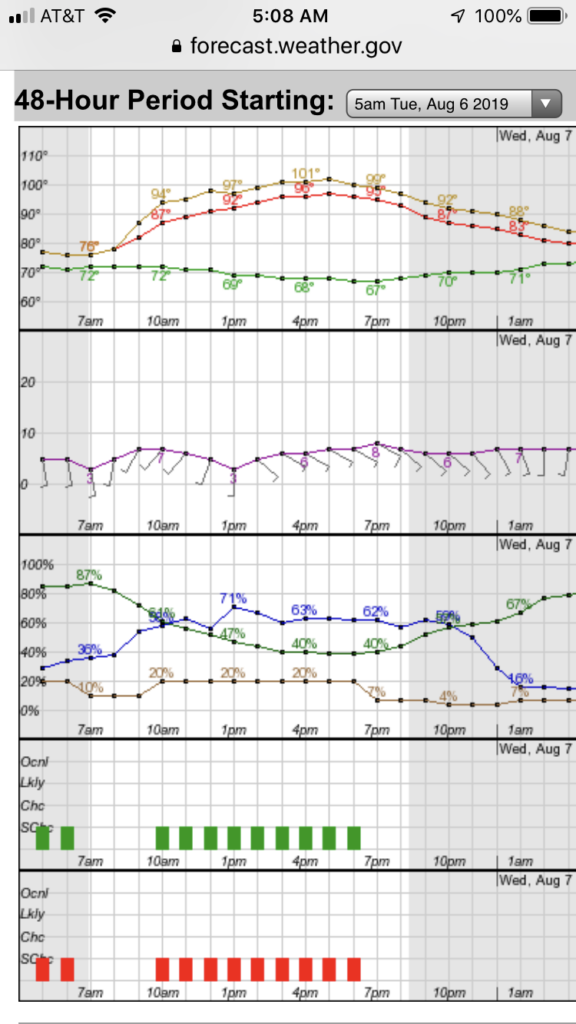