WHO I FISHED WITH:     This past Wednesday morning I met up with Robert Hogue and his 16-year-old son, Tyler.  Some weeks ago Tyler’s mom, Shelly, coordinated this trip for him and his dad.  I explained how the fishing has been “cookie-cutter” and that I expected a short, but intense, white bass feed at first light, followed by tough fishing for that species thereafter.  Robert is a professional firefighter and Tyler is headed into his junior year at a charter school in the Round Rock area.

Having experienced this daily for over two weeks now, I suggested a few alternatives to pursuing white bass, including targeting blue catfish with cutbait and/or targeting high numbers of smaller sunfish.  Immediately, Tyler’s eyes lit up when I mentioned “high numbers”.  He had a definite preference for quantity over quality.  Robert, who enjoys flyfishing, already had the skills necessary to present small baits to the sunfish we would pursue, using tactics identical to those used in the Tenkara form of flyfishing with a long rod and fixed length of line.

As the morning unfolded, I asked if there was an occasion for the trip, i.e. a birthday or Fathers’ Day, etc.  Robert just said in a very matter-of-factly manner, “Well, you see Tyler is just a crappy fisherman.”  I asked for clarification, saying, “Did you mean crappy or crappie?”  Robert said, “No, I meant crappy, as in the little brown pile of stuff.”  Father and son just snickered about the whole thing, and I then quipped that the purpose of the trip, then, was to seek professional help.  They acknowledged that!! 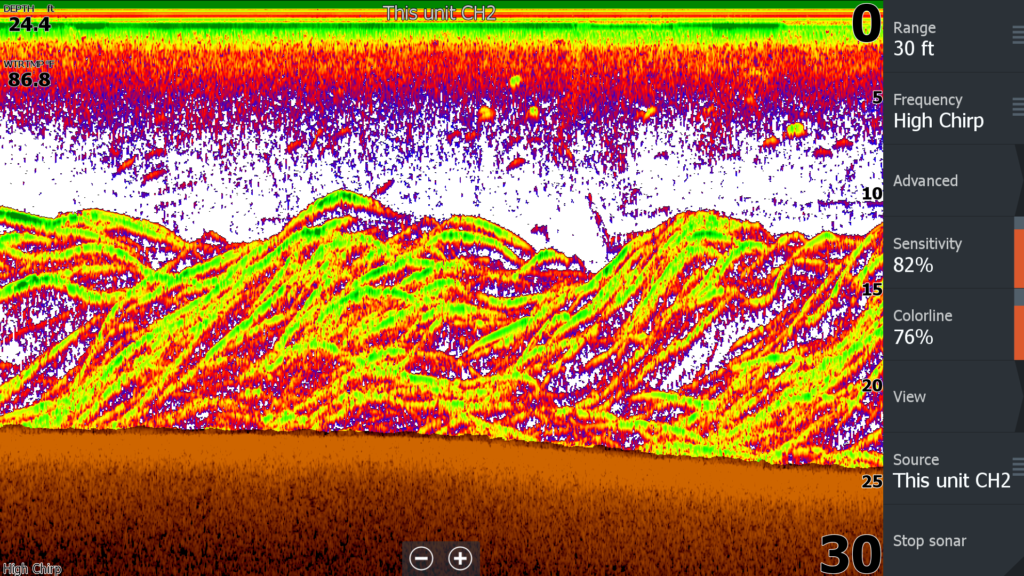 PHOTO CAPTION: This was the scene beneath the boat just after the topwater blitz ended. Fish in such a scenario are still quite vulnerable to a downrigging presentation. 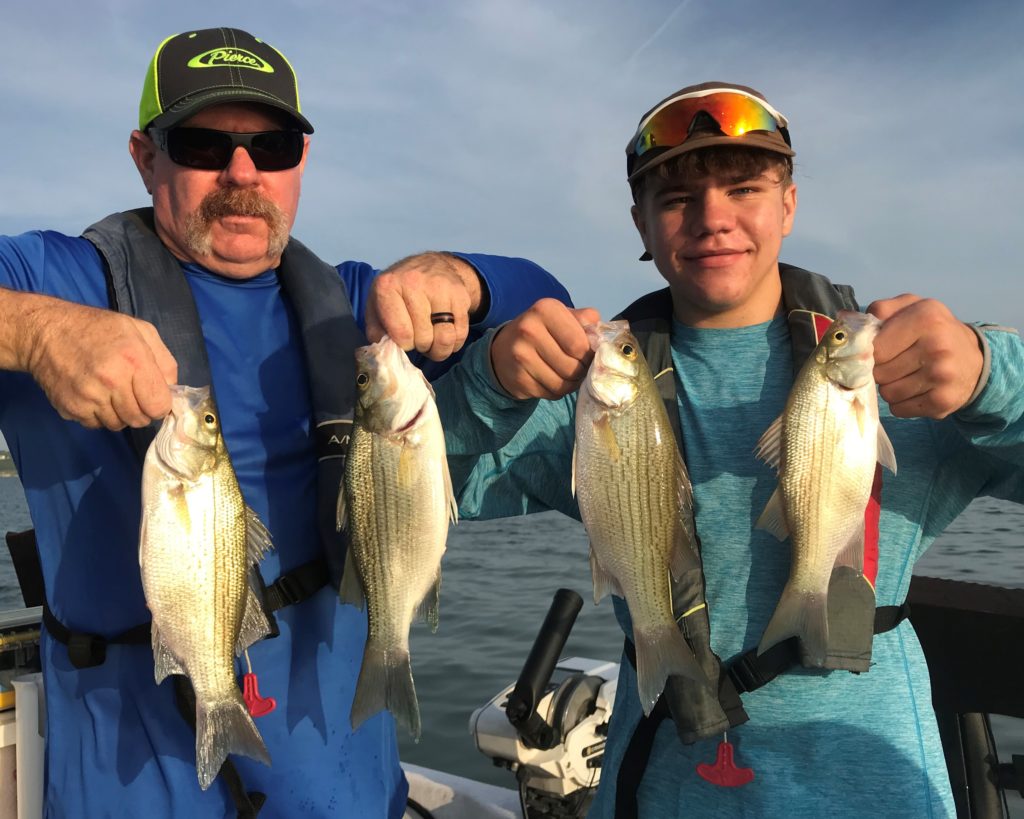 PHOTO CAPTION:   Robert Hogue with his 16-year-old son, Tyler, with a few of the 33 white bass we took during a short, but intense, feed either side of sunrise.

HOW WE FISHED:   With this super-stable summer weather pattern repeating itself daily, the fishing is pretty predictable.  This is great, as being in the right place at the right time is easier than usual, however, it is also quite predictable that the fishing is only going to turn on for about 90 minutes in the early morning, and again for another 90 minutes in the late evening.

Knowing this, I’ve begun trying to target other than white bass during the brighter hours.  This morning, following a short topwater feed, followed by successful post-topwater downrigging, we targeted sunfish up in cover-filled shallow water and did well.  We hit 4 distinct areas, landing 55 sunfish after boating 33 white bass in the first 70 minutes of effort.

As we approached the 4-hour mark, I made a run to the vicinity of Area 163 and found plentiful, but very small (juvenile) white bass there.  We boated 3, thus confirming what I was seeing on sonar, and departed without disturbing these “seed fish” too badly.

OBSERVATIONS:   The combination of large and small Pet Spoons on the 3-armed umbrella rig continues to perform well. 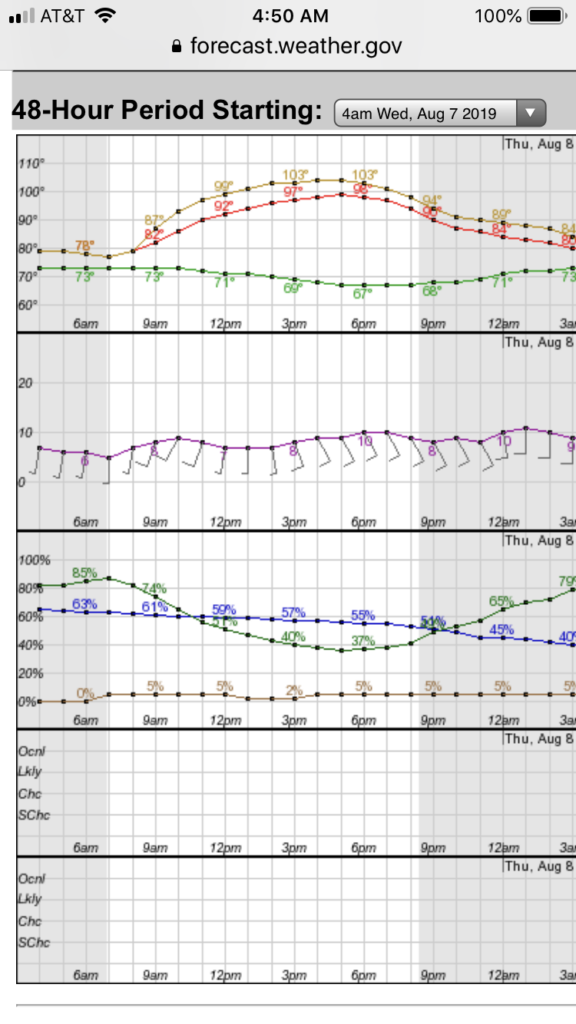