6-year-old Julie Battenfield was accompanied by her mom, Nikki Battenfield.  Nikki’s husband, U.S. Air Force Tech Sergeant Lonny Battenfield, is a plumber with a combined 19 years of active and reserve service.  He is currently deployed.

8-year-old Ava Hagen was accompanied by her mom, Ilka Hagen.  Ilka’s husband, U.S. Army Sergeant First Class Volker Hagen, is a truck driver with 15 years of active duty service.  He is currently on a rotation to South Korea.

This fishing trip was provided to these military families at no charge.  S.K.I.F.F. stands for Soldiers’ Kids Involved in Fishing Fun.  This program began in May of 2009.  It is funded by the donations and fundraising efforts of the Austin Fly Fishers and other organizations they have partnered with.  S.K.I.F.F. provides the children of military personnel separated from their families due to duty commitments with the opportunity to go fishing.  In mid-2019, SKIFF also began providing trips to dependents whose parents’ military-related disabilities prevent them from taking their own children fishing.  I coordinate and conduct these 3.5 to 4 hour adventures on Belton Lake and Stillhouse Hollow Reservoir, just outside the gates of Fort Hood in Bell County, TX, year ’round. 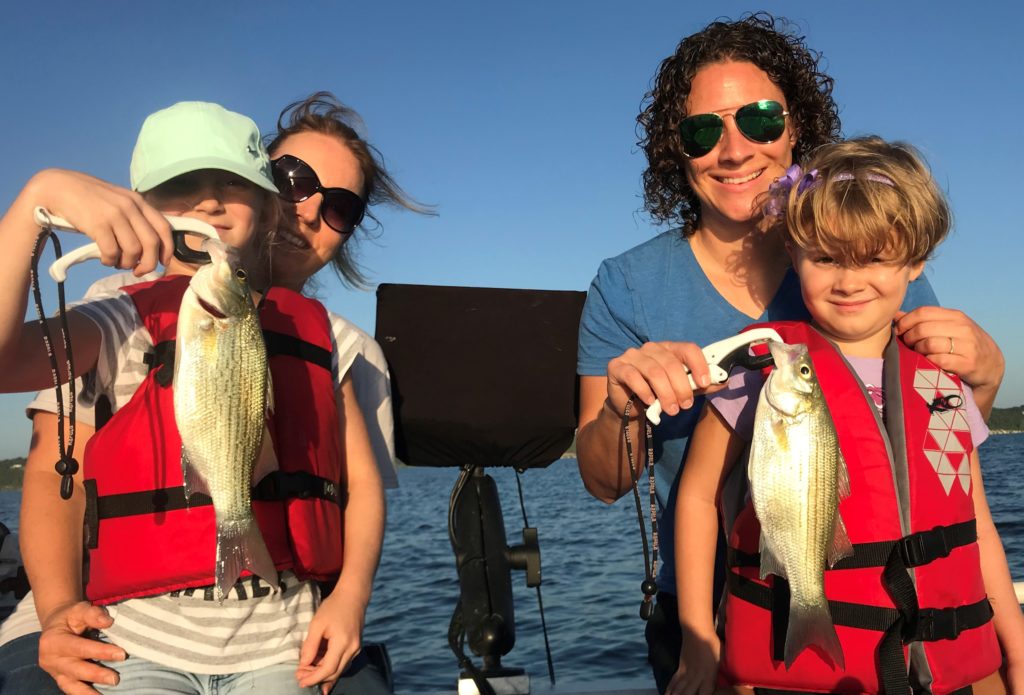 PHOTO CAPTION:  From left:   Ava and Ilka Hagen, and Nikki and Julie Battenfield holding a pair of white bass we took before the sun began shining directly on the water.

WHAT WE FISHED FOR: White bass early, then sunfish thereafter

HOW WE FISHED:    We targeted white bass feeding on shad on the surface under low-light conditions by casting shad-imitating Pet Spoons to them until they quit feeding, catching exactly 25 while the action lasted.  We then continued catching fish via downrigging until around 8am.  We then spent the remainder of the trip in pursuit of sunfish in the shallows.  We made four stops and the girls landed exactly 50 fish, including four species of sunfish, blacktail shiners, and a smallmouth bass.

OBSERVATIONS:  There was a slight change in the behavior of the topwater feeding fish this morning.  Instead of moving parallel to the shore during their feed, the fish moved perpendicular to the shoreline from shallow to deep, finally leaving the surface while over ~40 feet of water. 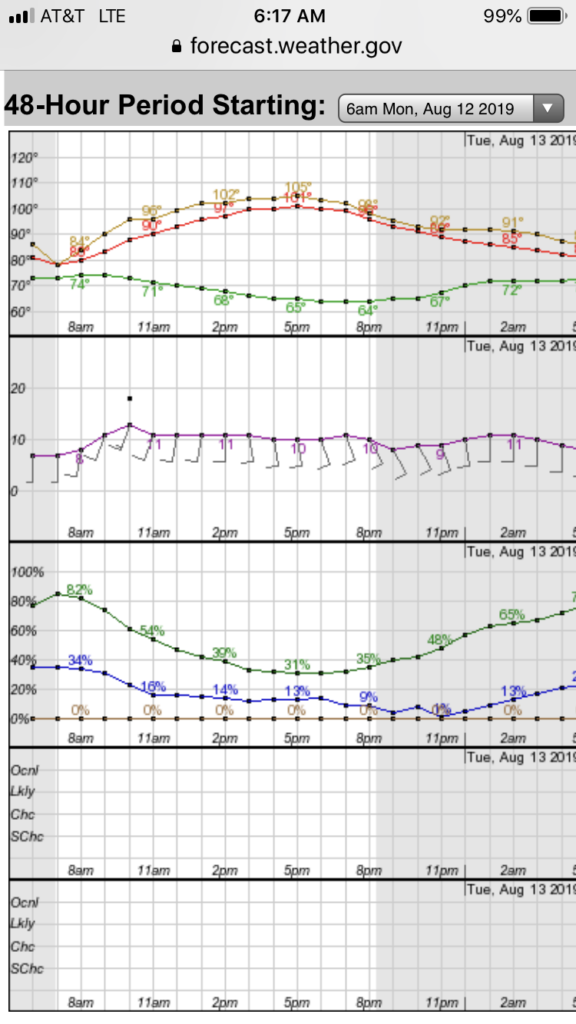