WHO I FISHED WITH:     On Tuesday morning, August 13th, I fished with returning guest Mr. Kelvin Gladden Sr. and his two sons, Kelvin Jr. and Tevin.  The elder Kelvin is now retired, his son, Kelvin, works locally for Walmart, and Tevin is in graduate school pursuing a Masters of Business Administration degree up in Alaska.

Kelvin’s last trip out with me saw him, Kelvin Jr., and two neighbors land 220 fish in the more fishing-friendly month of March (2018).  I was very upfront with Kelvin as he called to book this August trip that the fishing is pretty tough — and it was.  More important to him, though, was the chance to spend time with his sons while they were both in town. 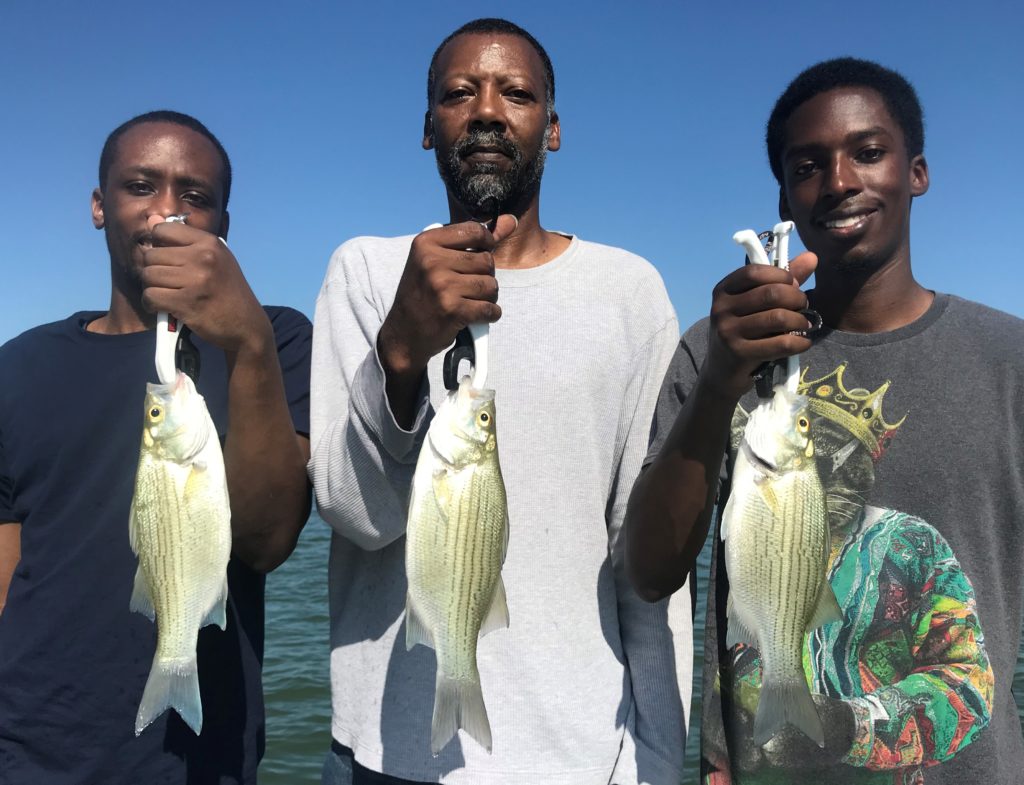 PHOTO CAPTION:  From left:  Kelvin Jr., Kelvin Sr., and Tevin Gladden, with a few of the beefy white bass we took during a brief morning topwater spree on Lake Belton via sight-casting. 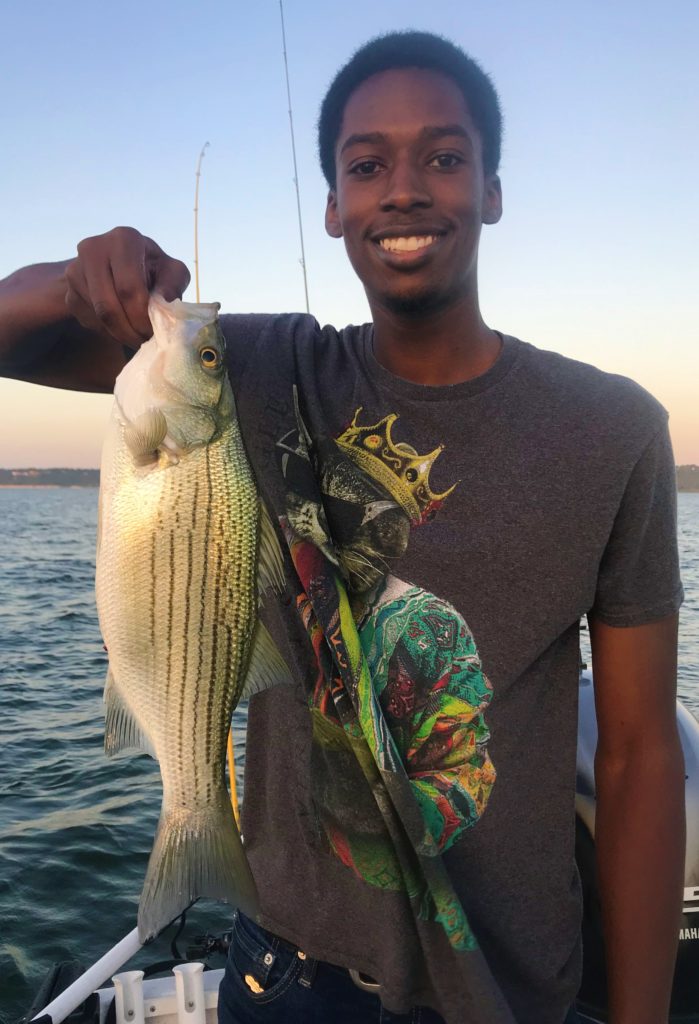 PHOTO CAPTION: Tevin landed this just-legal hybrid striper on topwater as it mixed in with its white bass cousins.  We landed 3 other hybrid during this morning’s topwater binge, but, they were all around 14 inches.

WHAT WE FISHED FOR: White bass early, then jug fishing for bluecat thereafter

HOW WE FISHED:    Fishing was August-tough already, made even tougher by a light wind situation this morning.  After a short topwater feed, things got very quiet.  We managed a few more white bass after the topwater blitz ended by using downriggers, then headed to shallower waters to give jugfishing a try.  We only landed 2 on cutbait this morning, but the most excitement was caused by the “two that got away”.  In both instances, we had free-floating juglines set out in the light winds.  Over the course of the set, we had approximately 8 tip up.  Two of these began to obviously cruise at a steady clip upwind, leaving no doubt there were fish attached.  As we approached the first “cruiser”, the fish spooked, thus pulling the jug so far under that we couldn’t grasp the line.  This happened 3 or 4 more times before we finally secured the line.  Kelvin Sr. was the “jug man” and tussled with the fish at boatside.  It was about a 3-foot longnose gar.  As sometimes happens with gar, this one had the hook in its bony snout and, without much “meat” for the hook to grab into, the hook pulled out as Kelvin tried to lift it aboard.  The second scenario involved an even larger fish which moved the jug about a quarter-mile upwind before we spotted it (as it had broken away from the rest of the flotilla of jugs).  On a number of occasions the fish plunged the jug well beneath the surface an kept it there for long whiles.  Eventually we got the gaff around the line only to have this fish, which was over 4′ long, get off, as well.  Because we couldn’t spot this jug for quite some time, I asked if we needed to consider abandoning the jug, thinking perhaps a yellow cat had tangled it in a subsurface snag.  Kelvin Sr. tactfully stated, “Well, Bob, you know inquiring minds want to know.”   I knew he wanted a look at whatever was big enough to pull that jug under, so we persisted and were at least treated to a glimpse of the mystery fish.

OBSERVATIONS:  The slight change in the behavior of the topwater feeding fish I noted yesterday morning repeated itself again this morning.  Instead of moving parallel to the shore during their feed, the fish moved perpendicular to the shoreline from shallow to deep, finally leaving the surface while over ~40 feet of water. 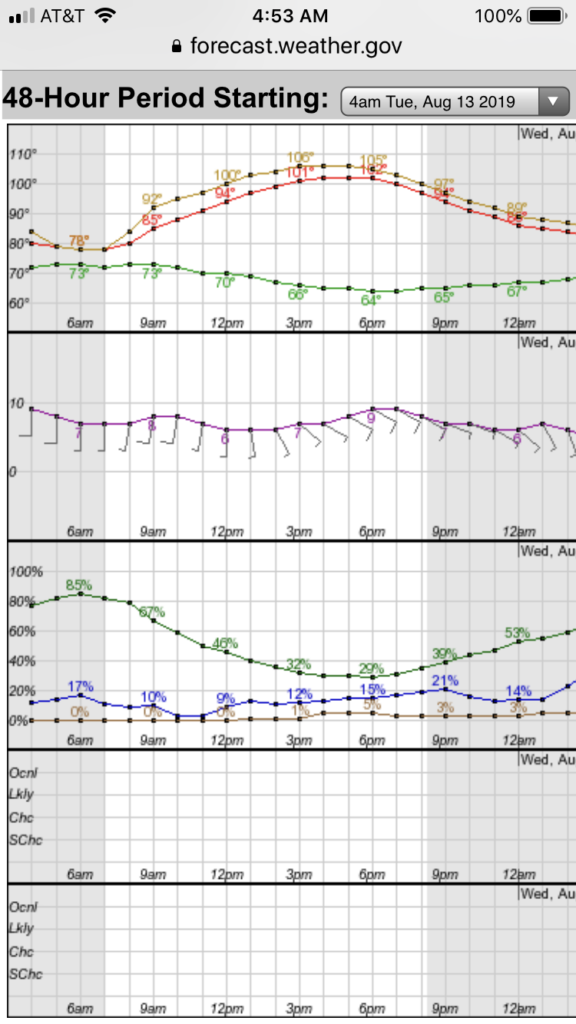