WHO I FISHED WITH:   This morning, Saturday, August 31st, I fished with Doug and Cindy Wilson of Smithville, TX.  The Wilsons plan to participate in next Saturday’s (07 September) “Pink Fishing” tournament held out of Cedar Ridge Park on Lake Belton as a fundraiser for breast cancer awareness.

Cindy contacted me about two months in advance, hoping to do some pre-fishing and to get to learn the lake before heading out on Belton (in the dark) on the morning of the tournament.  I was very up front with them about not guiding for largemouth or smallmouth bass and thought I’d talked them out of fishing with me, but, they decided chasing white bass would be fun so long as we could do a little looking around at potential bass-holding cover at some point in the morning.  So, this morning, we accomplished both of those things. 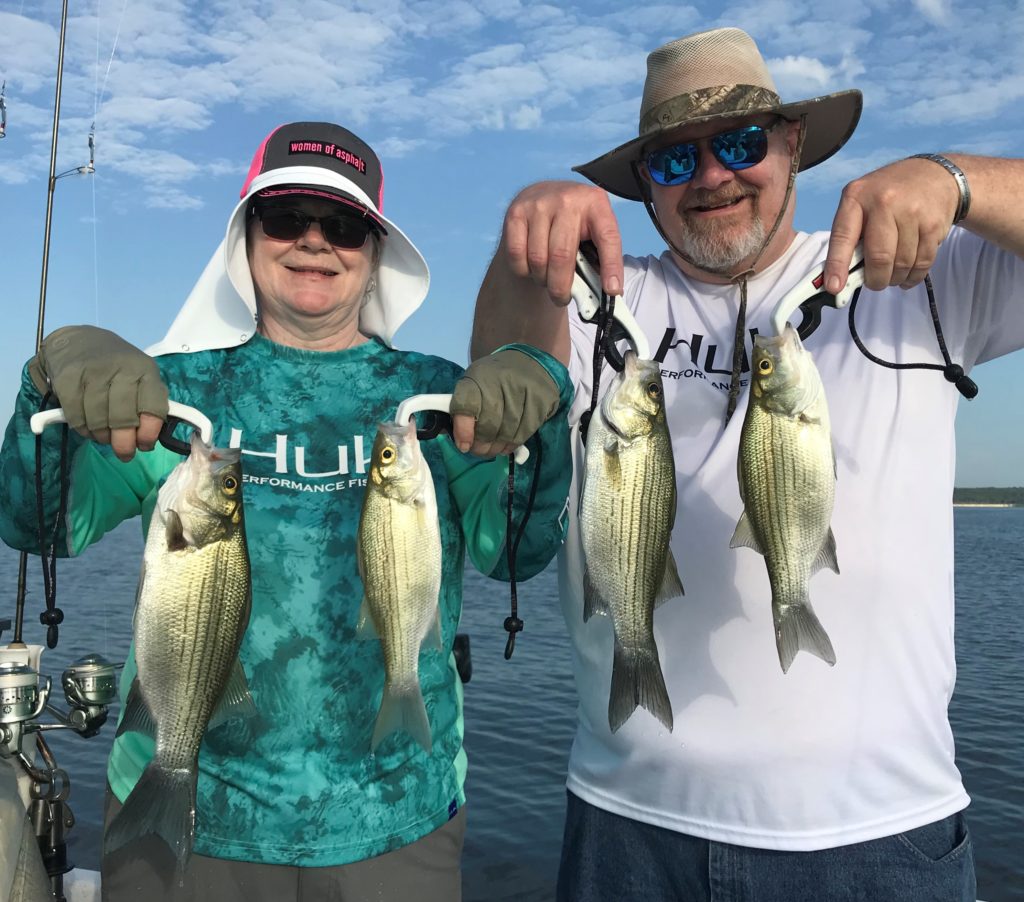 PHOTO CAPTION:  Doug and Cindy Wilson came out with me, caught the best of the low-light bite for white bass, then did some scouting in advance of next Saturday’s “Pink Fishing” breast cancer awareness fund raiser.

HOW WE FISHED:    As I met the Wilsons, they were very open about their lack of familiarity with spinning gear.  Fortunately, they showed up early, thus allowing us to do some practice casting before the fish began doing their thing.  As I approached the area I had in mind to begin at today, I could see gamefish poised to feed on sonar, as well as ample bait for them to feed upon.

As we waited to see if fish would “go topwater”, I introduced the Wilsons to downrigging — which they’d never done before.  We scored 6 white bass (including a triple landed by Cindy) before a light topwater bite began at exactly 7:07 am.  This topwater was different from that which we’ve been observing up to this point in the summer in that the fish did not seem as tightly schooled and were less organized.  Previously, fish could be seen clearly grouped together, clearly pursuing shad in a definite direction (think of troops on an open battlefield advancing abreast of one another), and in great numbers of fish per school (perhaps 400-600 fish per school with multiple schools working at any given time).  This morning the fish seemed to be working independently of one another with wide gaps between surface boils and with no directionality to their pursuit.

Given the Wilson’s were new to spinning gear, I selected weighted slabs instead of the lighter Pet Spoons I’ve been throwing lately, and the fish responded well to these.  After only 17 minutes on top, the fish sounded for good around 7:25.  After that, we continued downrigging successfully through 8:40a while observing boats opting to stay put and jig vertically catch nil.  3-armed umbrella rigs armed with Pet Spoons did the trick on the ‘riggers fished progressively deeper as sonar revealed the post-topwater action moving down in the water column and away from the shore.

OBSERVATIONS:    I was off the water this week on a recon to Juarez in advance of a mid-October mission trip to build a home for a family there.  When I returned, I checked in with Bill P. who shared that the fishing was miserable this past week.  He had 3 outings from first light to around 9am with no fish to show for his efforts, and reported no topwater to speak of.  Although we did catch fish today, once the low-light bite was over, there were slim pickings thereafter.  There was little cloud cover and light winds, plus weekend traffic today.  Got checked by TPWD — no issues.

Sky Conditions:  20% cloud cover most of the morning w/ white clouds on a blue sky 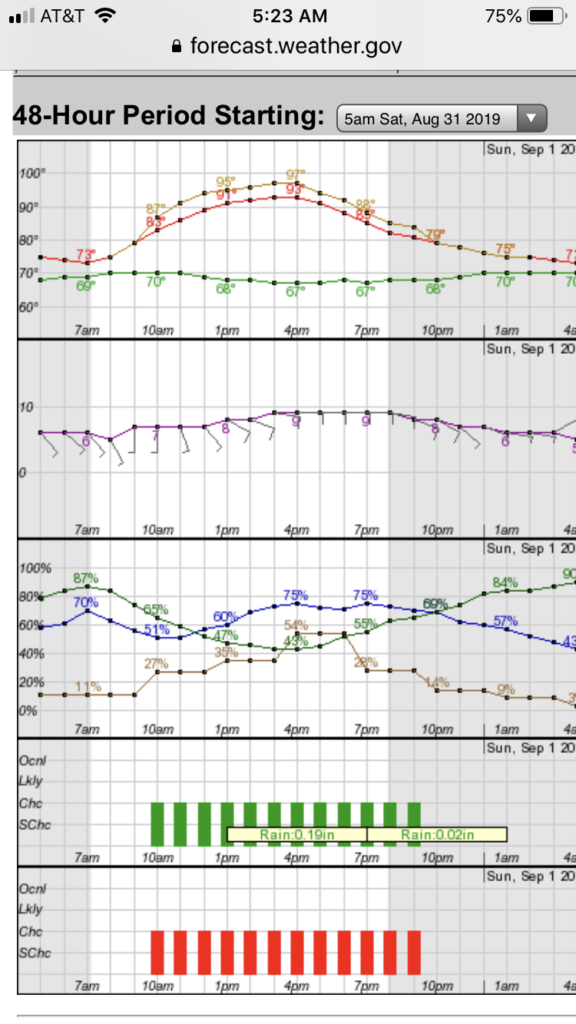