WHO I FISHED WITH:   This morning, Labor Day 2019 (Sept. 2nd), I fished with the Hunt family, originally from Montana.  Joining me were Ryan and his wife, Stepanie, as well as Ryan’s brother, Jason, and Ryan and Jason’s dad, Don, who still lives in Montana and came down for a visit, including some fishing and dove hunting.

Ryan’s last duty station was here at Fort Hood.  After separating from the military he went to work with First Command, a financial planning organization that works closely with military members.  Stephanie is a veterinarian in Copperas Cove, Jason is an active duty Army aviator stationed at Fort Hood, and Don is an electrician back in Montana. The whole family graduated from the Northwest Nazarene University in Nampa, Idaho.

The family bid on a gift certificate I had donated to the Killeen Church of the Nazarene for a youth fundraiser back in the spring and decided to redeem it this weekend. 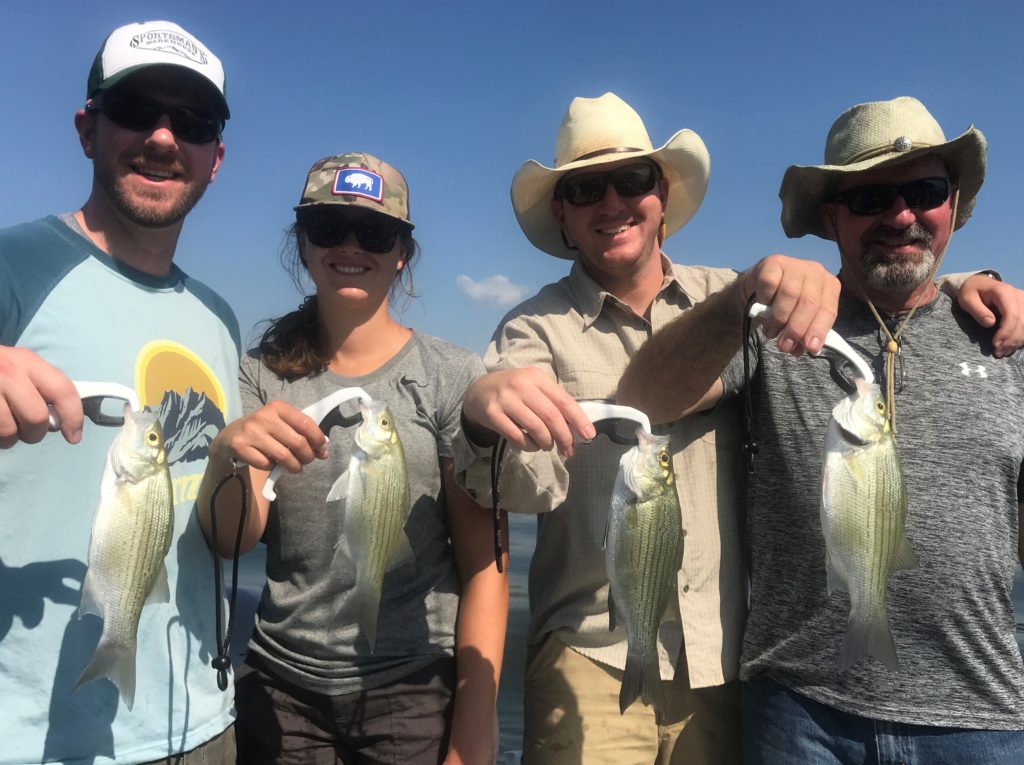 PHOTO CAPTION:   The Hunt crew:  From left: Ryan, Stephanie, Jason, and Don, each with one of the 19 white bass we landed today. 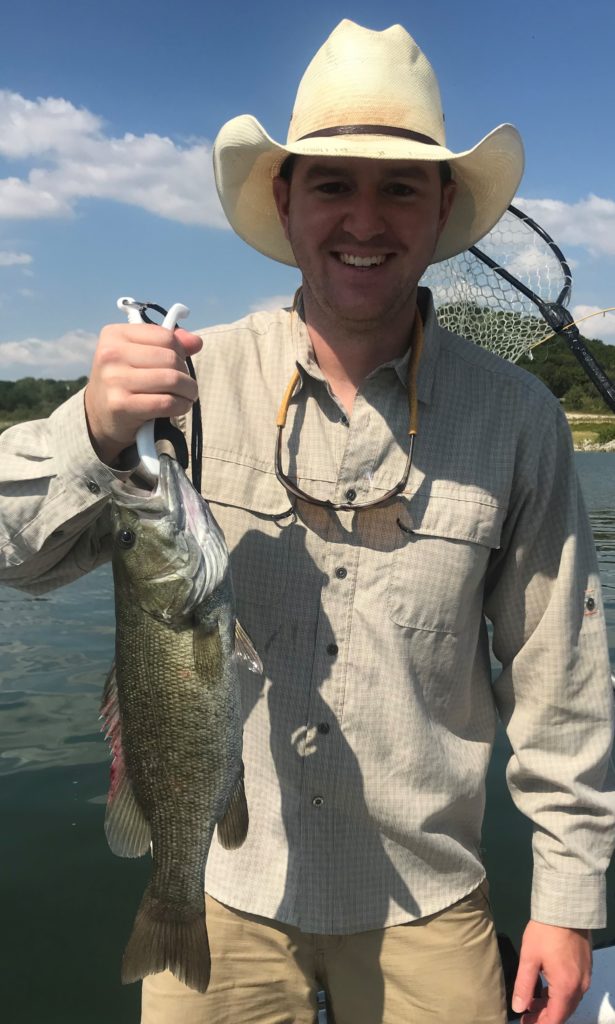 PHOTO CAPTiON: Jason landed this 11th hour Lake Belton smallmouth bass that weighed just a few hundreths less than 3.00 pounds.  It came up off of a 26′ bottom for a bait worked down at 21′ deep.

HOW WE FISHED:   This was a tough day — we had clear skies and light winds following a wrinkle in the weather which shifted winds to the north and east both yesterday and today, partially influenced by Hurricane Dorian which sits off of Florida’s east coast by 105 miles as of this writing.

There was no topwater bite this morning, and precious few fish found subsurface in several of the areas which have produced low-light topwater action of late.  We downrigged successfully in three areas and threw in some jugfishing (which I planned ahead for after seeing the tough weather forecast), as well.

Many of the white bass we caught today were smallish — it seems these small fish will feed even when the larger ones are put off by weather.  I’ve noted this many times in the past.

In getting rigged up for the trip last night, I switched all of my downrigging rigs back to #12 Pet Spoons from #13’s, knowing that a smaller, “finesse” bait would get hit when a flashier, gaudier lure might not.  I feel like this put a few extra fish in the boat today, as we picked up 2 sets of triples and 1 set of doubles.

Our jugfishing went okay given that the calm winds made for little drift and little water covered.  On 20 jugs we had 6 pulldowns and put 2 bluecat in the boat (the third blue in the tally actually came on the downrigger).

We were all sweating through our clothes by 10am, and stayed until 11am, boating a grand total of 24 fish on the morning.

The “first fish” award today went to Don, who landed a small white bass right at 6:30am as we were practice casting by the boat ramp in anticipation of topwater action around sunrise.  Biggest fish award today went to Jason with a “personal best” smallmouth bass.

OBSERVATIONS:    There were actually fewer boats out this morning on a holiday Monday than on a typical summertime Saturday.  The calm winds from a NNE direction and bright sun really turned the fish off this morning.

Sky Conditions:  <10% cloud cover most of the morning w/ white clouds on a blue sky 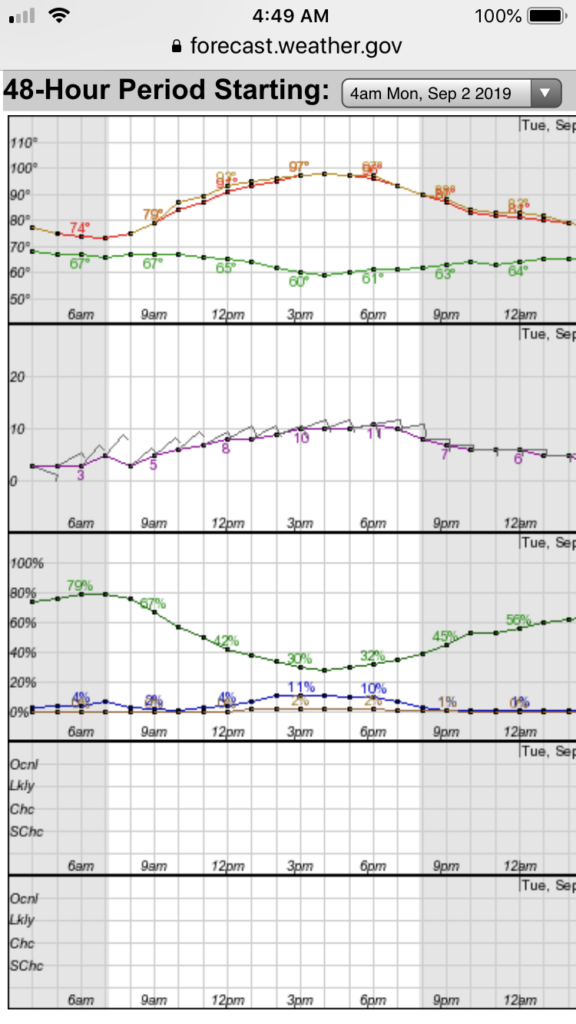