WHO I FISHED WITH:    On Saturday morning, 07 Sept., I fished with a family (returning guests) from the N. Austin area who preferred not to be identified, nor have their photos appear on social media.  So as to create a “placeholder” and include this catch in my annual records, I’m entering this summary of our efforts.

I fished with a father and his two kids, aged 4 and 7.  This was a “Kids Fish, Too!” trip in which only the kids fished.

WHAT WE FISHED FOR:  Sunfish and white bass

HOW WE FISHED:   With two youngsters onboard, we headed up shallow for some “instant gratification” sunfishing right from the get-go.  This worked out well as we landed sunfish at each of the areas at which we stopped, amassing a catch of 41 fish, including all manner of sunfish and a few largemouth bass.

When I saw the novelty wearing off concerning the sunfishing, we made a move to open water to target white bass (and have snacks!).  The white bass were pretty cooperative once the wind began to ripple the water, at around 8:45am.  We strictly downrigged for these freshwater pelagics, and wound up adding another 24 fish to our count including 0, 1, and 2-year class fish coming as singles and doubles on the Pet Spoons rigged up on 3-armed umbrella rigs.

The kids lasted until around 10:30, by which time they had landed a mixed bag of 65 fish.  I dropped them off and then headed back out to an area where, using a spotting scope, I saw terns working (which, by the way, have been in short supply on Stillhouse this summer).

These birds led me to a nice concentration of fish on a moderately sloped patch of bottom in about 35 feet of water.  As I arrived, there were individual fish popping shad occasionally (definitely NOT an aggressive topwater feed, but enough action to cause me to want to investigate further).  I went to work, solo now, with LiveScope and ferreted out a few nice schools of bottom-oriented white bass patrolling in this area.  I landed five in short order on my own version of tailspinners and then stopped fishing after confirming this was a worthwhile area.  I continued combing over this area with sonar, finding at least 3 other similar schools of white bass of approximately 70-100 fish each.

OBSERVATIONS: Terns led me to fish today; these normally helpful birds have been scarce on Stillhouse this summer due, I suspect, to a lack of topwater action and therefore a lack of dead/crippled shad near the surface for them to feed on routinely.

Wind Speed & Direction:  SSE5 beginning around 8:45a; calm prior to that

Sky Conditions: No cloud cover on a blue sky. 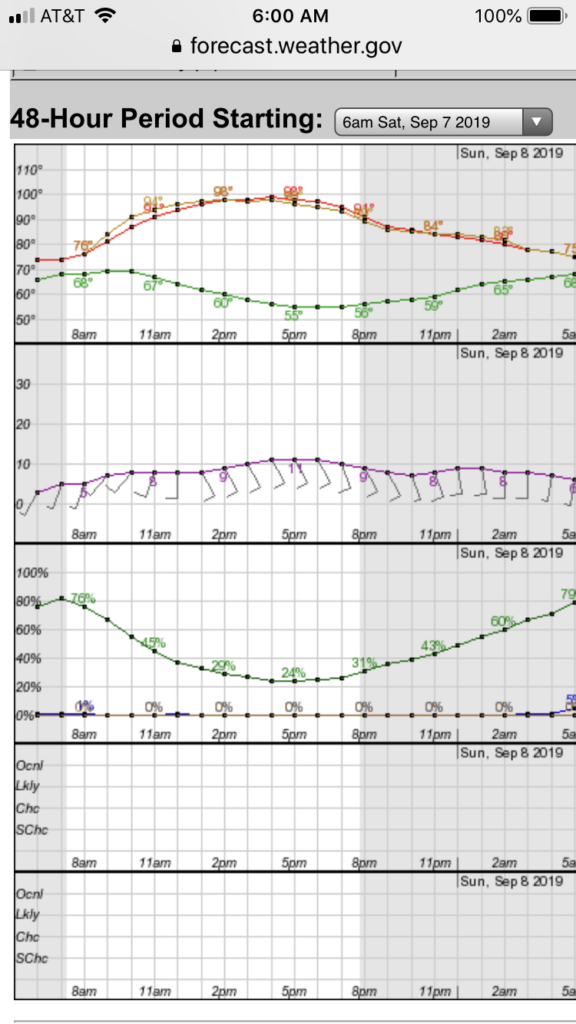