WHO I FISHED WITH:     This morning, Tuesday the 10th of September, I fished with the Hodo cousins, Chris and Mike, and their girlfriends, Samantha Husk and Bretne Aloisioh.  Mike and Samanatha came down from the Columbus, Ohio area, while Chris and Bretne are from near Lorena, Texas.  Both fellows are truck drivers, with Mike doing moves for Wheaton, and Chris on a more localized delivery route which keeps him closer to home.

The couples fished Lake Belton once before during some cold weather and managed to land one fish while fairly randomly trolling, but, they decided to give it another try and we did well today, boating 70 fish.

Funny story:  As I explained why we were doing what we were doing as we downrigged, I let everyone know to try to stop reeling in their fish with about 4 feet of line separating the rod tip from the hooked fish.  This makes it easier to unhook the fish and also prevents tangling of the leaders on the 3-armed umbrella rigs.   For whatever reason, Samantha (who was genuinely excited about each fish she caught — which is a good thing) reeled her fish in all the way up to the rod tip about 5 out of every 6 times.  I tried to tactfully remind her to do otherwise, while Chris, Mike, and Bretne just flat out made fun of her about doing this.  The very first time Samantha got it right, I tried to provide some positive reinforcement, letting her know she was getting the hang of it.  In reply she said, “You know, I really am a fast learner, but, I’m also a fast forgetter!”. 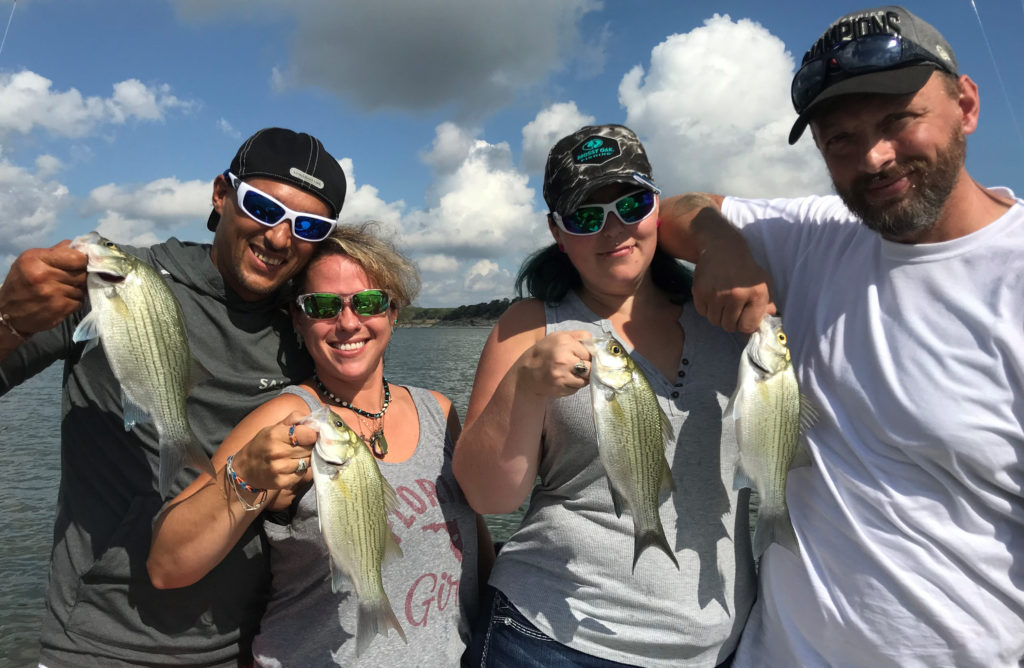 PHOTO CAPTION:    From left, Mike Hodo, Samantha Husk, Bretne Aloisioh, and Chris Hodo with a few of the 70 fish we boated in right at 4 hours on Lake Belton under typical late-summer conditions.

HOW WE FISHED:  After one of the slowest first hours I’ve had on the water in quite a while (thanks to heavy grey cloud cover obscuring the sunrise and keeping it abnormally dark until around 8:20), things began to improve as the skies lightened up and the SSE wind continued to blow and ripple the water.

After a so-so round of downrigging which resulted in the catch of 2 blue catfish and a few small white bass we moved to what would be the 6th area over which I ran sonar checking for fish.  I liked what I saw and decided to give this area a try with downriggers first in order to cover some water, get our baits exposed to a lot of fish, and gauge those fishes’ activity level.  We wound up with 3 fish right off the bat on our very first pass and wound up staying in this vicinity for a full 2 hours.

During this time we downrigged for the multiple, moderately sized schools of white bass we saw moving about on sonar, each numbering around 50-80 fish per school.  When I found larger schools, they tended to be more stationary, thus allowing me enough time to set up on top of them and give vertical work a try.  If everyone on board did not have the prior experience both with fishing in general, and specifically in using spinning gear, I may not have tried the vertical work, but, I felt confident all 4 of my anglers could do all they needed to do for us to take advantage of the scenario.  This turned out well.  We “Spot-Locked” three separate times and everyone caught multiple fish on each stop at a pace better than the downrigging.  When the school moved on, we returned to downrigging until another good, immobile school appeared on sonar, and so on. 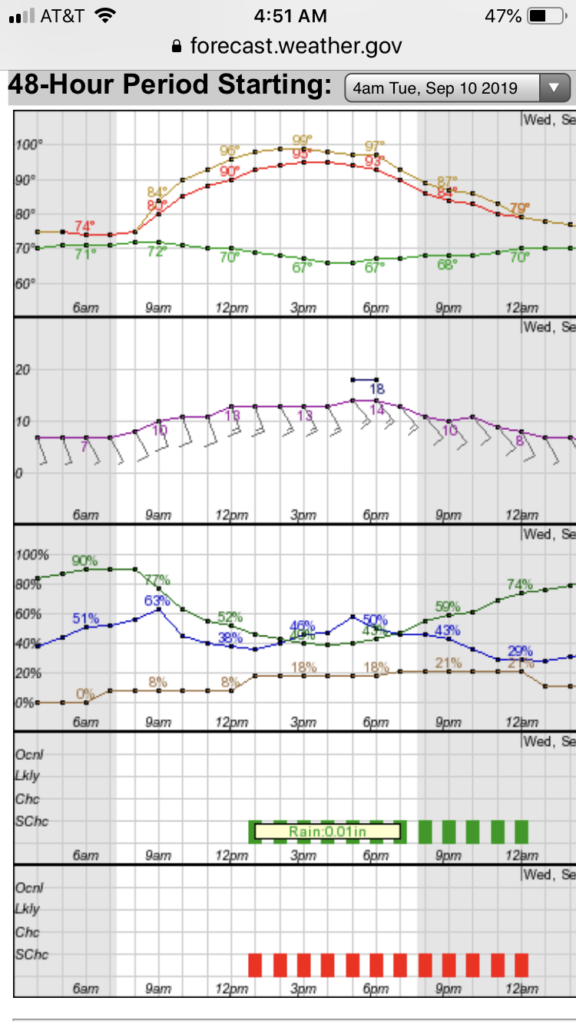 **Area B0170C and B0171C – vertical jigging with a few short hops at each location, and downrigging on and between these areas – 2 full hours of successful fishing here