WHO I FISHED WITH:  This morning, October 2nd, I fished with returning guest Dwight Stone and his friend and neighbor, Austin Donoho.  This is the third trip Dwight has taken with me in as many weeks, first coming solo, then bringing a buddy, Oscar Leal, and now Austin.  Dwight is really warming up to this whole retirement thing, although a few calls from the fast-food world of Sonic managed to slip in now and again.  Austin runs his own framing and drywall business and grew up fishing some of the ultra-fertile east Texas lakes like Tawakoni.

Austin’s big interest was seeing sonar used in real-world scenarios and so I tried to point out as much as I could on the Garmin, Humminbird, and Lowrance units I employ for different tactics over the course of a given trip. 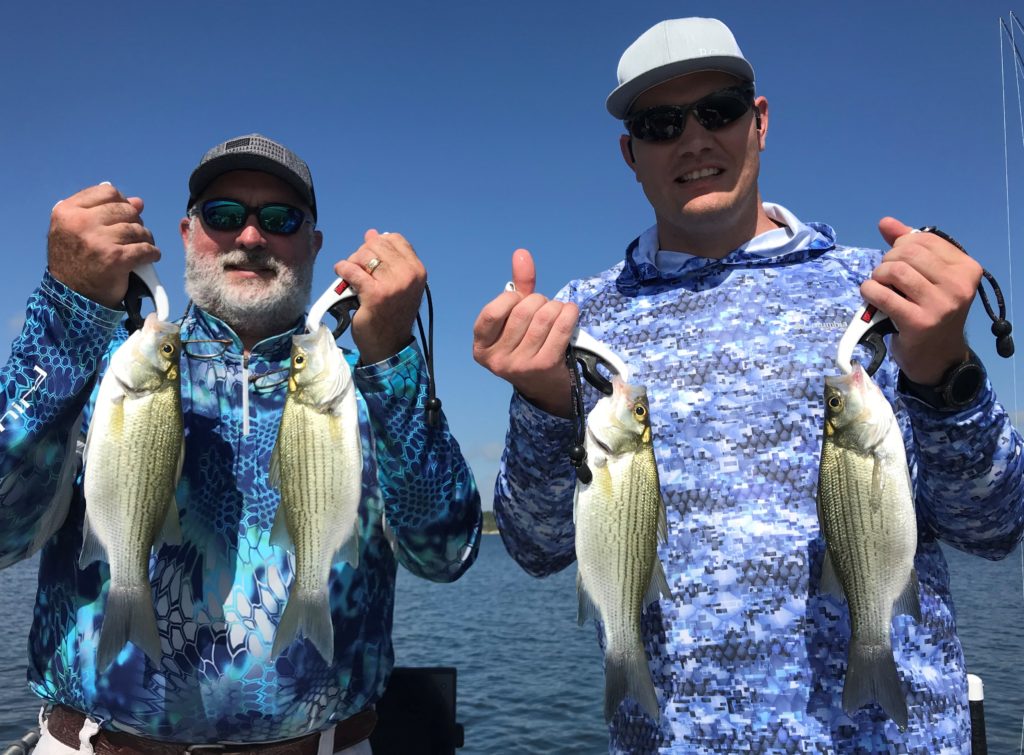 HOW WE FISHED:   Although we still have topwater feeding going on when the conditions are just right, we had a bit too much wind on Dwight’s first trip, and very murky, dark conditions on his second trip.  The third time was indeed a charm.  With winds only around 7mph and just barely enough light coming through the grey clouds in the east pre-sunrise, the fish fed long and hard this morning.  We downrigged just a few minutes before they got going, then caught them on top by sightcasting for about an hour, then continued downrigging post-topwater for a few more minutes.  Over this entire episode, we’d boated 49 fish during the low-light period, which was the best “first hour” fish count I’ve had clients enjoy all summer.

After the topwater was done, we moved on in an effort to demo the Garmin LiveScope for Austin.  Fortunately, the fish once again cooperated.  We found energetically feeding white bass holding in the lower third of the water column in about 26 feet of water.  We stopped, Spot-Locked, worked tailspinners, and had barely any response from fish in 15 feet of water; then we moved 10 feet deeper, found the same look on sonar and commenced to wear ’em out.  We had a lot of small fish in the mix, but the overall intent of demonstrating LiveScope was accomplished regardless of fish size.  33 fish later it was about 9:20 and Dwight was itching to go catch blue catfish and, in doing so, continue experimenting with some baits he brought and some improved versions of baits I’d created.

All went well with the bluecat, as well.  We hovered in one locale over 40 feet of water and put another 23 fish in the boat with steady action the entire time.  We chummed these fish in to consolidate them and then used prepared bait on trebles to close the deal.

Sky Conditions:  Grey skies all morning completely obscuring the sun through 10am, then some breaks of blue sky seen through 80% coverage. 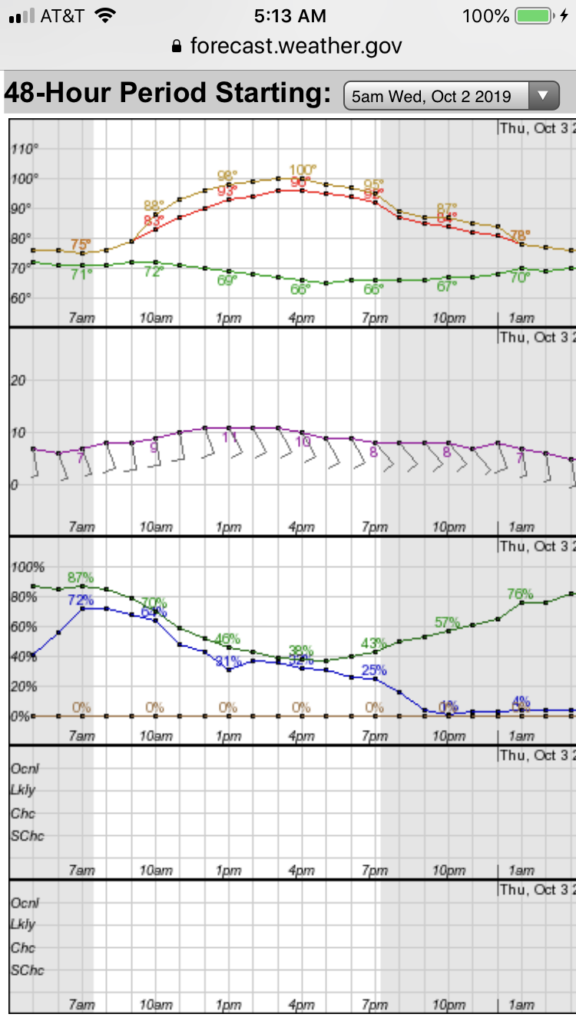 **Area B0179C – aggressive, albeit smallish white bass taken via tailspinners fished with the aid of Garmin LiveScope  –  32 whites and 1 hybrid