WHO I FISHED WITH:  This morning, October 3rd, I fished with Mr. Maximo Lopez of Harker Heights, accompanied, by his 82-year-old father, Max Lopez of Miami, FL, and the elder Lopez’s brother, Zenon Lopez of Pacifica, CA.  In his 82 years on earth, Mr. Lopez had never before landed a fish!

Mr. Lopez is one of eleven siblings of which Zenon is the youngest.  The men’s mother lived to be 100 years and 7 months of age.  Our trip was originally scheduled for early next week, but, the forecast for the arrival of the season’s first significant cold front made me suggest we bump up the timing.  We were glad we did! 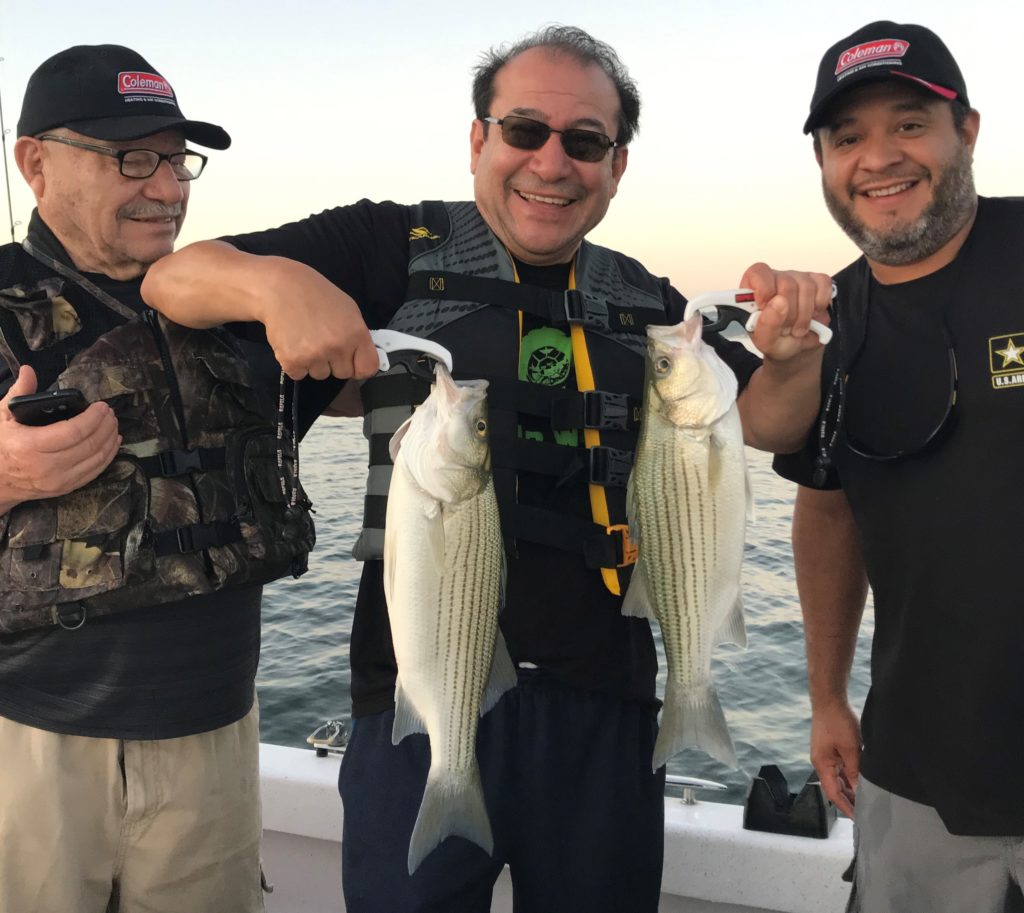 PHOTO CAPTION:   From left, Max Lopez, Zenon Lopez, and Max Lopez with the largest of our morning’s catch — a pair of legal (18″ +) hybrid striped bass taken just before sunrise as fish fed heavily by trapping threadfin shad against the slightly choppy surface.  The crew of three went on to land a total of 59 fish.

HOW WE FISHED:   This morning’s skies were the clearest we’ve had in quite a spell at sunrise, and was just right for a topwater feed to occur.  Although there was abundant, aggressive topwater action for quite a while this morning, I strictly downrigged for these fish as there was 1) a language barrier between me and two very novice would-be casters, and 2) mobility issues that convinced me a less aggressive approach would be prudent.  We downrigged the perimeter of numerous schools of surface feeding fish and, by 8:35, had boated 48 fish.  The fish moved gradually deeper and offshore as the sunlight pushed them down.  After they hit the 25 foot contour, they shut down and we moved on, but not before boating 48 fish including 44 white bass and 4 hybrid striped bass.

After the downrigging, at the younger Max Lopez’s request, we targeted blue catfish.  The light winds hindered us a bit (as I’ve noted previously) as I believe the scent of the chum is not carried as far nor as quickly downwind so as to attract and consolidate fish beneath the boat.  Nonetheless, we set up for bluecat using prepared bait on trebles and my crew wound up boating 11 of that species before we decided to call it a day a bit early at around 10am so as not to have the elder Mr. Lopez out in the increasing heat (which we all felt due to the low wind speed and lack of cloud cover).

We finished out the trip with 59 fish landed.

Sky Conditions:  An unobscured sunrise was followed by a bright, blue sky with only 10% cloud cover 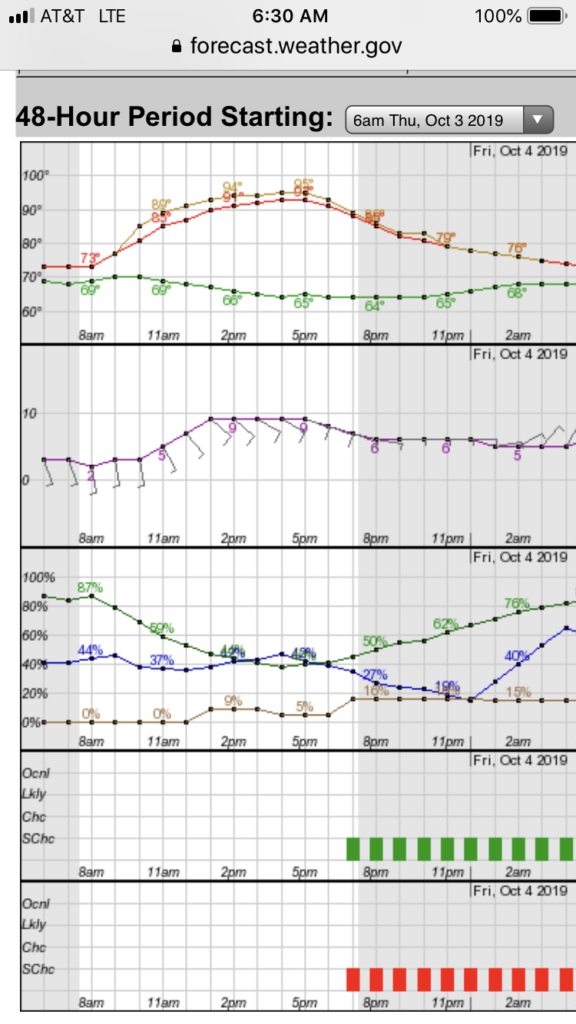