WHO I FISHED WITH:  This past Friday morning, Oct. 4th, I fished with returning guests Brett and Kristi Short who traveled in from northern California to visit relatives in the Central Texas area.  Brett works in law enforcement, and Kristi works in the human resources department of a nursing home.  Last year’s trip took place on Stillhouse in July.  This morning we fished Belton. 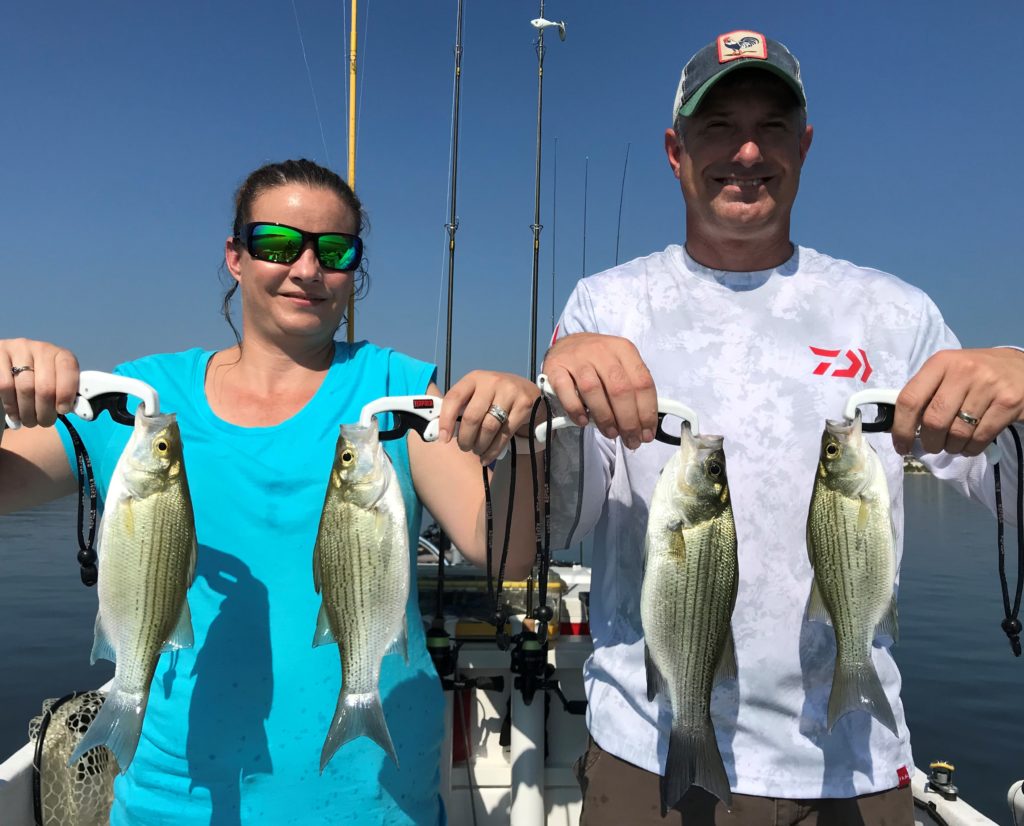 PHOTO CAPTION:   Kristi and Brett landed 140 fish on a morning when the conditions would normally not allow for such a take — northerly winds, and bright skies. 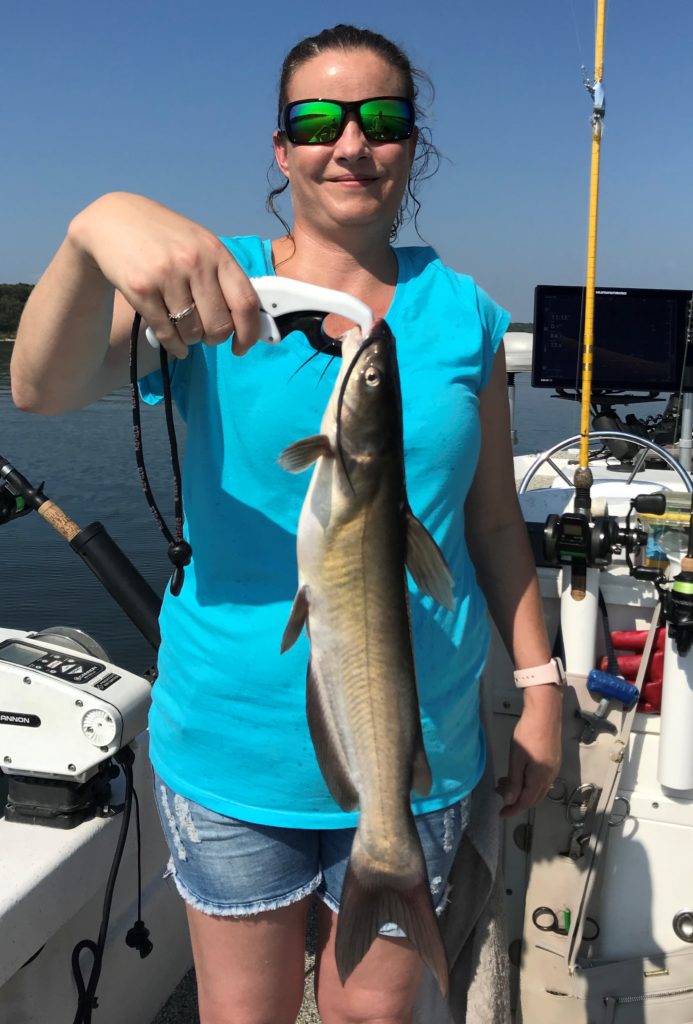 PHOTO CAPTION:   Our largest catfish taken when targeting bluecat was actually this channel cat which came in to chum and took a prepared bait.

HOW WE FISHED:   I told Brett as I communicated with him 2 days in advance of our trip that I was concerned about the weather in that the forecast called for a ENE breeze, and, although the velocity was okay, the direction always seems to diminish results.

I looked for a shallow water bite and found it, although it wasn’t where it had been, and those fish moving shallow at first light did not feed at the surface this morning.  So, we ran downriggers throughout the entirety of the low-light bite period and did well, taking 32 fish as singles, doubles and triples on the trusty 3-armed umbrella rig rigged up with Pet Spoons.

After the sun began to shine brightly, we moved on and looked for fish where I’d found a nice bunch of them congregated on a breakline in about 32′ the evening before.  I contacted these fish once again, only in water about 5 feet shallower this time.  We took 55 fish from this energetic bunch and moved on as soon as the action began to wane.

We moved to similar action in even shallower water (thanks to the wind blowing about 9mph now), and caught another 33 fish smoking with tailspinners from a Spot-Locked position.

When the wind stopped around 9:50, so did the white bass action.  We closed out the trip with another 20 catfish landed by chumming them in and catching them on prepared baits in ~44 feet of water.

OBSERVATIONS:   Even though the winds had a northerly component (ENE8-9), this was not frontally-related, and the bit of velocity to the wind did create conditions in which the fish followed a typical morning feeding routine, save the topwater action. 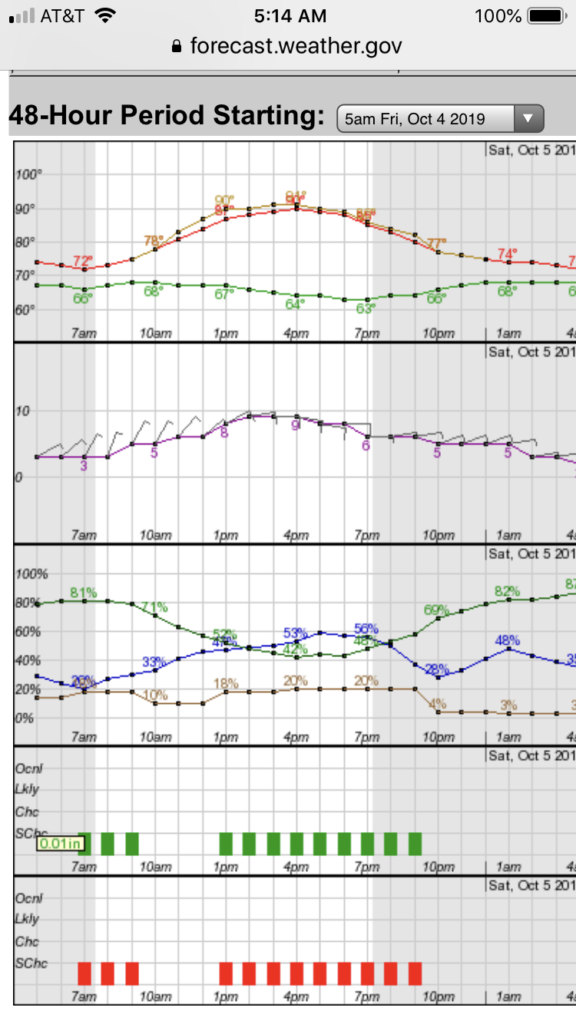