WHO I FISHED WITH:  This past Saturday morning, October 5th, I fished with Mr. Conard Osbourn, his father, Curtis Osbourn, and Conard’s son, Tucker, all in celebration of Tucker’s 13th birthday, as arranged for by Tucker’s mom, Hollie.  Curtis, who chose just be a spectator and not fish with us, is a retired rancher, Conard makes his living as a pediatric nurse, and Tucker is working his way through school in the Liberty Hill ISD. 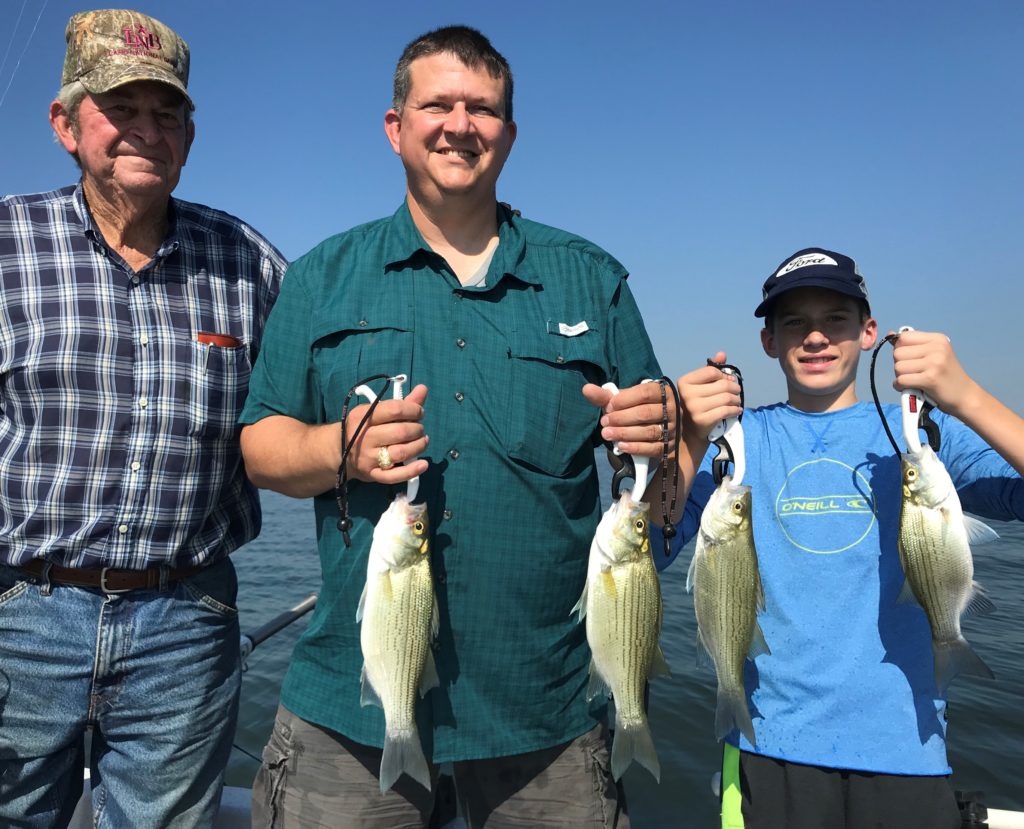 PHOTO CAPTION:   From left: Curtis, Conard, and Tucker Osbourn on October 5th’s multi-species trip on Lake Belton in celebration of Tucker’s 13th birthday.  Father and son landed 63 fish as grandpa just came along for the ride.

HOW WE FISHED:  Because Stillhouse has not been fishing well and all of my efforts have been focused on Belton, I ran today’s trip on Belton despite the ~260+ boats participating in the Fishing for Freedom event.

The morning started off well as a light, southerly breeze replaced a ENE blow from the day before.  However, that breeze petered out by 9 AM.  That, and the lack of cloud cover, made fishing very difficult from that point on.

We began our morning successfully downrigging in under 22 feet of water and, despite the excess boat traffic, were able to sight-cast to topwater feeders for about a 25-minute window, thus giving father and son exposure to something they’d never seen or done before.

After that dried up, we hunted white bass holding tight to bottom which I felt we could use a smoking tactic for with tailspinners.  We did find such fish, and we caught them well, right up until the wind died and the bite died with it around 8:50.  I checked several more areas and found relaxed bait and only scattered, suspended gamefish.

Since the fellows were very excited about the prospect of catching catfish, we began our pursuit of blue cat around 9:15 and stayed on them until we concluded the trip around 11 am.  The bluecat were not all that energized, and I suspect the lack of wind kept the scent of our chum from dispersing widely, but, the action was steady which was more than I suspected the bite from white bass would be.

OBSERVATIONS:   Although the Fishing for Freedom event made main lake access/parking a bit of an early morning challenge, there was really no issue getting on fish.  Once the winds died and the sun shone brightly, everyone’s bite slowed way down and the boat traffic really picked up as everyone changed spots hoping to get back on fish. 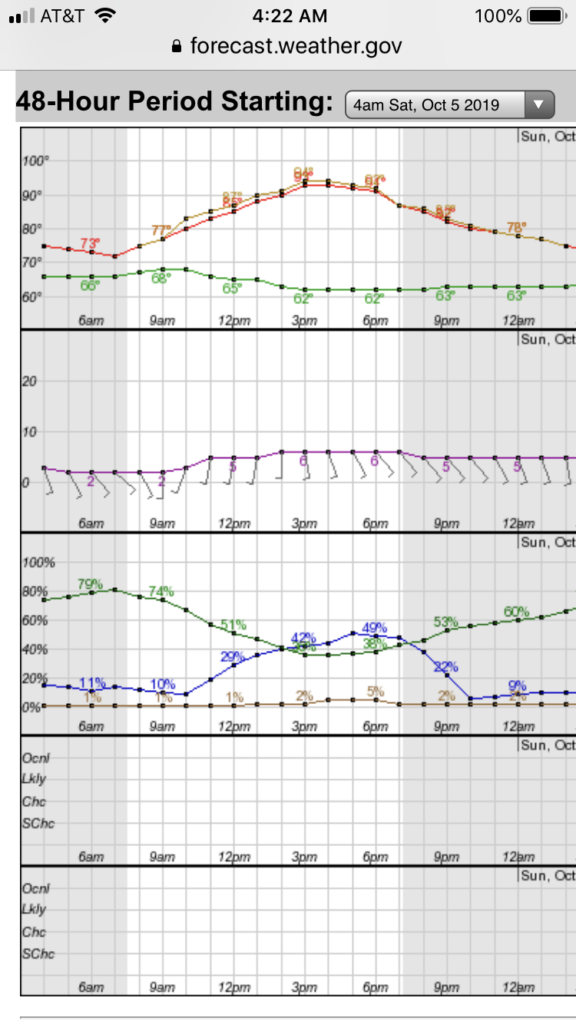 **Area 1792 was center of mass for pre-sunrise downrigging

**Area  B0178C give up bluecat steadily on chum and prepared bait