WHO I FISHED WITH:  This morning, Wednesday, October 9th, I fished with father-daughter team Howard Davis and Cassandra Matos of Killeen.  Cassandra contacted me over the summer and got a fishing gift certificate for her dad for his birthday.  When she asked about times of year to fish, I suggested the window from October through mid-December as a reliable time to catch high numbers of fish while enjoying light crowds and pleasant weather.  Today, that became a reality.

Howard is a U.S. Army Vietnam War veteran who retired both from the military where he served as a combat engineer, and from civil service where he worked another 27 years in supplies and logistics.

Cassandra works as a buyer for McLane’s in Temple. 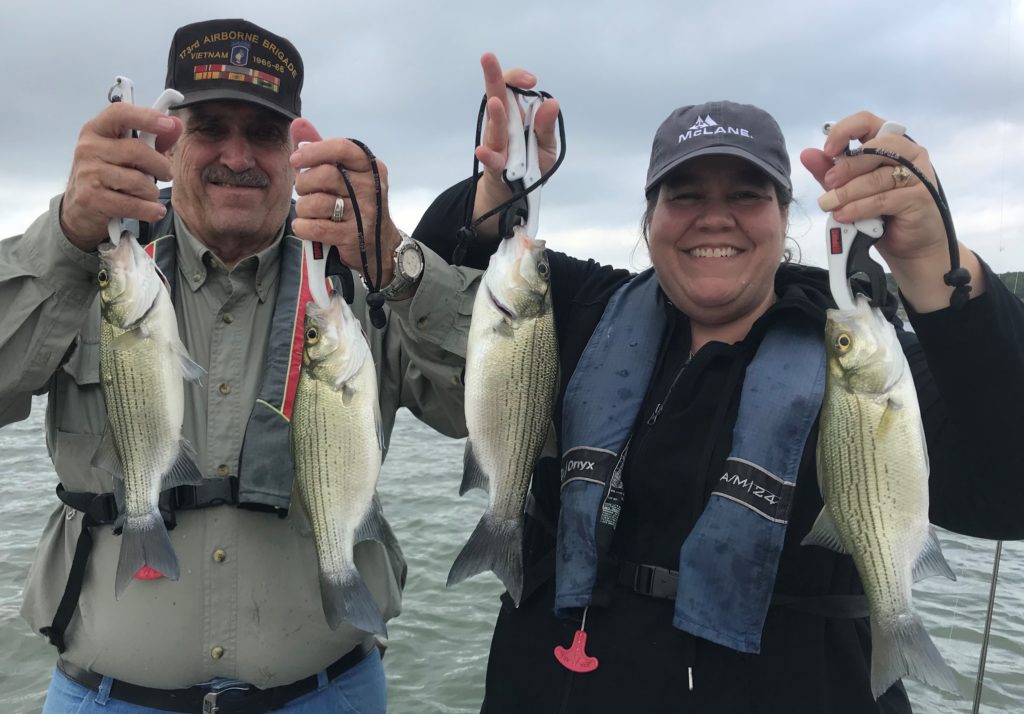 PHOTO CAPTION:   Howard Davis and his daughter, Cassandra Matos, both of Killeen, landed 108 fish as conditions came together well for a great morning of fishing.  The pair landed white bass, hybrid striped bass, and blue catfish.

HOW WE FISHED:   The cooldown brought on by Monday’s first significant cold front was most welcome.   The air temperature was 67F and the lake’s surface temperature dropped to 79F.  We had near perfect weather conditions this morning with grey clouds, a manageable wind speed, and winds returning from the south after 2 days of north winds.

The fish were really fired up this morning.  We started the day with an easy limit of 25 keeper white bass via downrigging from 7:10 to 8:05, usinig Pet Spoons on a pair of 3-armed umbrella rigs.  We saw just one short burst of topwater action, took one fish from that school, and went right back to downrigging when it was clear those fish were not going to stay up long.

After the low-light downrigging, we moved on and looked for bottom-hugging white bass schooled up sufficiently tightly enough to vertical jig for.  We found 4 such scenarios, with each giving up about 20 fish before the fishes’ enthusiasm waned and we moved on.  These fish were all in ~30-35 feet of water, and these schools contained a mixed bag of year groups, with the young-of-the-year 6-8 inchers being more prevalent by a 4:1 ratio. By 10:15 we’d landed exactly 100 fish and I offered the option of continuing with more of the same, or mixing it up a bit with bluecat.

The vote was for bluecat, so, we located a loose school of these whiskered fighters in 45 feet of water, chummed them in, and fished for them with prepared baits.  We landed a total of 8 in our last hour on the water, (and, I hate to admit, missed about 4 or 5 more for every one we caught — those rascals sure strike quickly!). 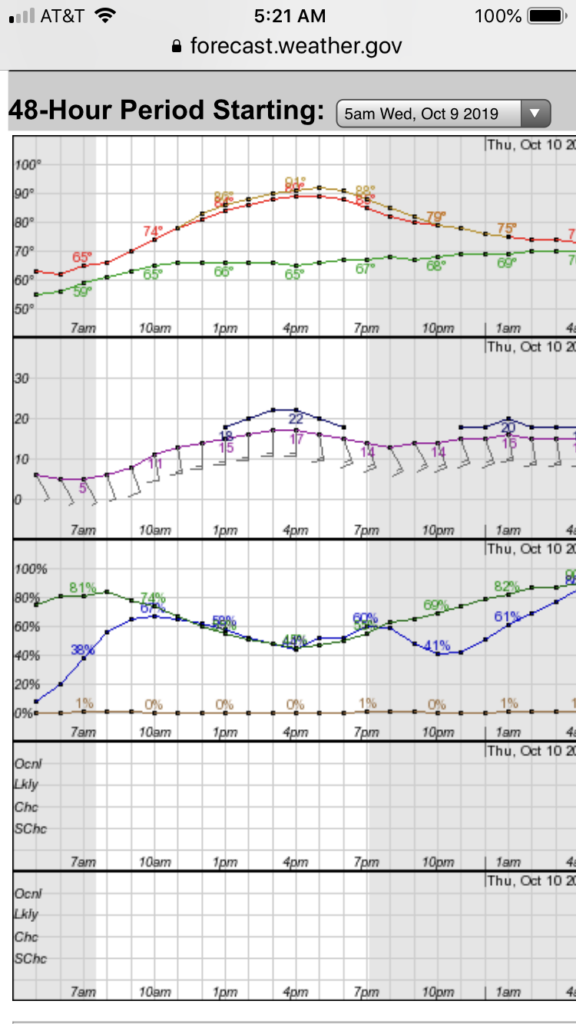