WHO I FISHED WITH:  This cold, rainy morning I went out for about 3 hours scouting on Lake Belton and invited along two Belton Lake old-timers — retired fishing guide George O’Connor, and long-time multispecies angler Rodney Tyroch.  Mr. O sold his boat last year and Rodney and I wanted to make sure he still gets to wet a line now and then, so, when I made plans to check out some areas I’ve yet to fish so far in this cool season, I invited them along to help me in the scouting effort.  When it comes to white bass and hybrid in the cool months, the more lines in the water creating commotion, the better.

Mr. O’Connor is a first generation American.  His dad came from the “Old Country” (Ireland) and worked until he died at age 75.  George is a Vietnam veteran who served in-country as a military policeman after doing a prior enlistment in a US Signal Corps military occupational specialty.

Rodney was born and raised on an east Bell County farm by Czech parents and grandparents, and started his own plumbing business, among other things, at a young age.

Both men are good friends, have helped me tremendously since I was just in my 20’s and all through the years as I was building my business.  They’ve both come to “see the light” on catch-and-release, and have great stories to tell every time we’re on the water together. 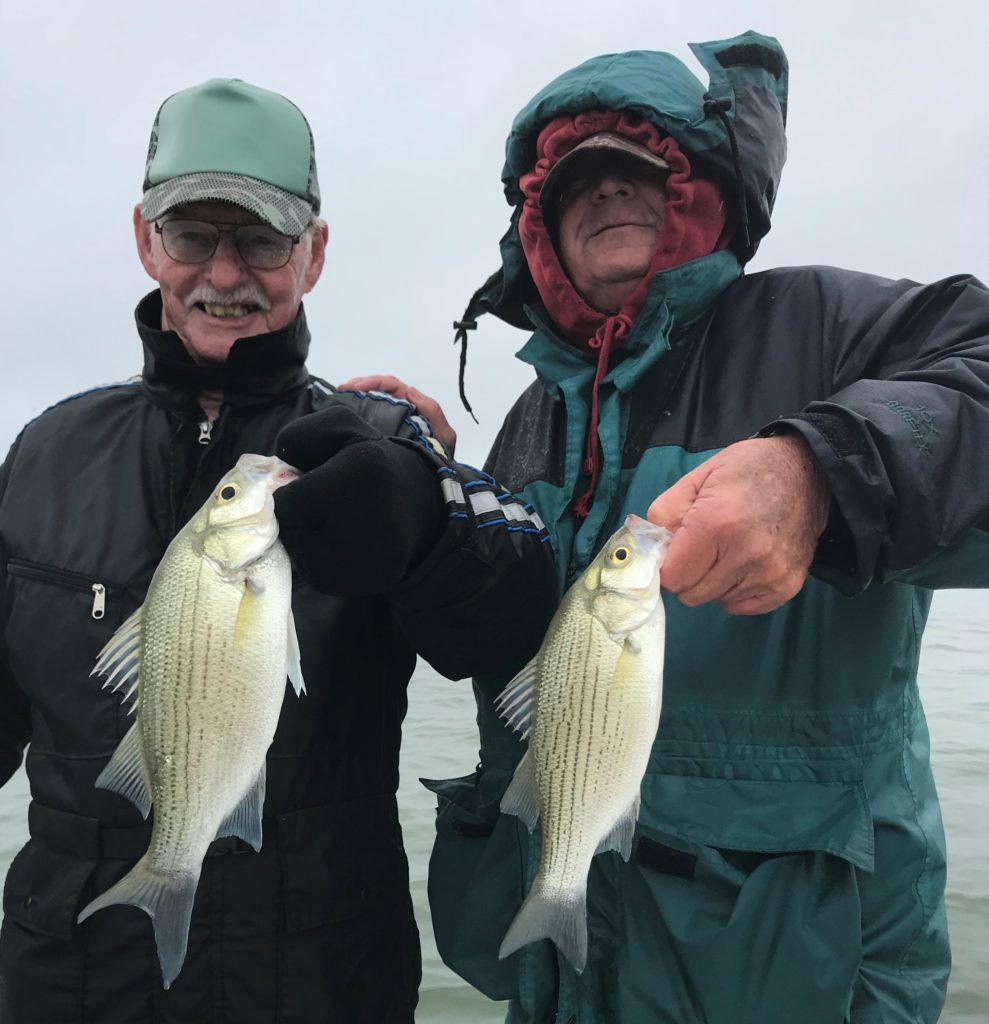 PHOTO CAPTION:  That’s George O’Connor, age 81, on the left in his trademark snowmobile suit, and Rodney Tyroch, age 68, on the right.  We found 0, 1, 2, and 3 year class white bass, short hybrids, and drum all mixed together and all feeding on shad about 2.5″ in length, spread over a 200-yard areas and feeding in a way they typically do in cool-water conditions.

HOW WE FISHED:   We did more driving and sonar reading this morning than fishing, stopping only when the configuration of fish showing on bottom looked to be a sure bet.  We stopped three times and caught fish at two of those stops.  The first stop was for a small patch of small fish in just 17′, we caught fish immediately after dropping down, landed 3, and the action was over.  Later, we found a widespread group of mixed fish (whites, hybrid, drum) feeding from bottom in 37′, all the way up to the surface, occasionally seeing a fish swipe in the chop.

We used a combinations of slabs and tailspinners to land another 42 fish, with several others getting off as George and Rodney worked through the learning curve of working tailspinners on braided line.

By 10:30, Mr. O was getting cold, and when Rodney mentioned an early lunch at China Cafe, that just sealed the deal.  We reeled ’em in and headed for the ramp very satisfied that we’d found and caught fish under some tough conditions.

OBSERVATIONS:    (BA = 24G) The fish behaved in a manner very typical of cool water fish in that they fed throughout the water column with a majority of the fish in the lower third.  No real response to the thumper yet.  Fish did respond to a snap-jigging tactic, an easing tactic, and a smoking tactic.  Up until today, the smoking was about the only way I’ve had very consistent success.  I experimented with slabs, comparing performance side-by-side (literally) with tailspinners.  The tailspinners performed more consistently still, but, I suspect that trend will reverse as the water continues to cool.

Wind Speed & Direction:  NW13 at obscured sunrise and for 1 hour thereafter, then scaling back to NW9 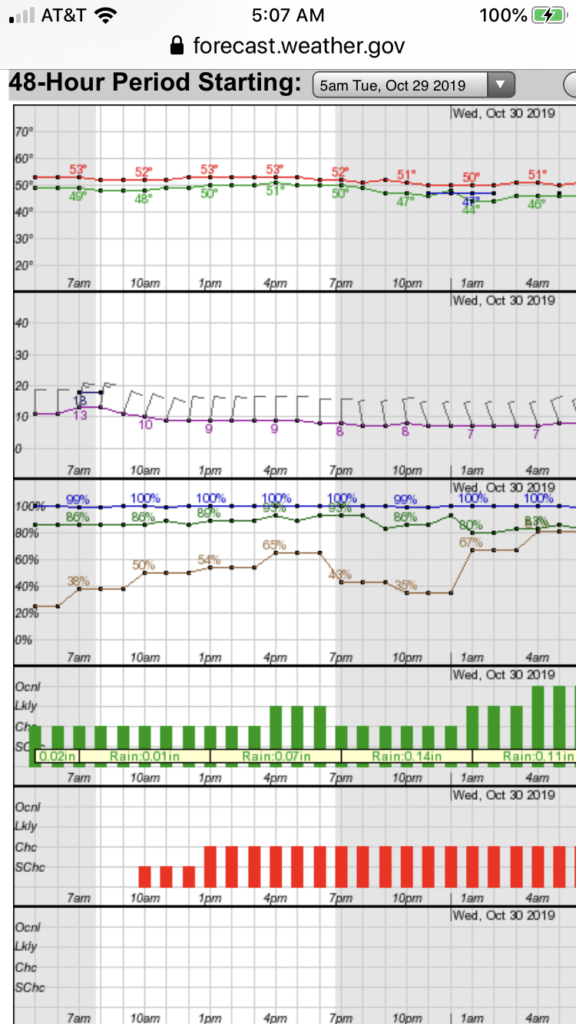