WHO I FISHED WITH:  This past Saturday afternoon I fished with 3 generations of ladies from the same family.  Melissa Kelley coordinated the trip well in advance so as to coincide with the 10th  birthday of her soon-to-be ten-year-old niece, Loralee Walker, the eldest daughter of Melissa’s younger sister.  Also joining us was Melissa’s mom (Loralee’s grandma), Sharon Kelley.

Grandma Sharon told me that given a choice between doing something more traditionally “girly”, like shopping, or being outdoors on the lake or in a deer stand, Loralee would choose the outdoor option every time.

The idea to celebrate Loralee’s birthday with a fishing trip stemmed from a fond memory Melissa had of a birthday spent in pursuit of striped bass on Lake Whitney back when she was a girl.  The memory always stuck with her, and she wanted to do something memorable like that for Loralee. 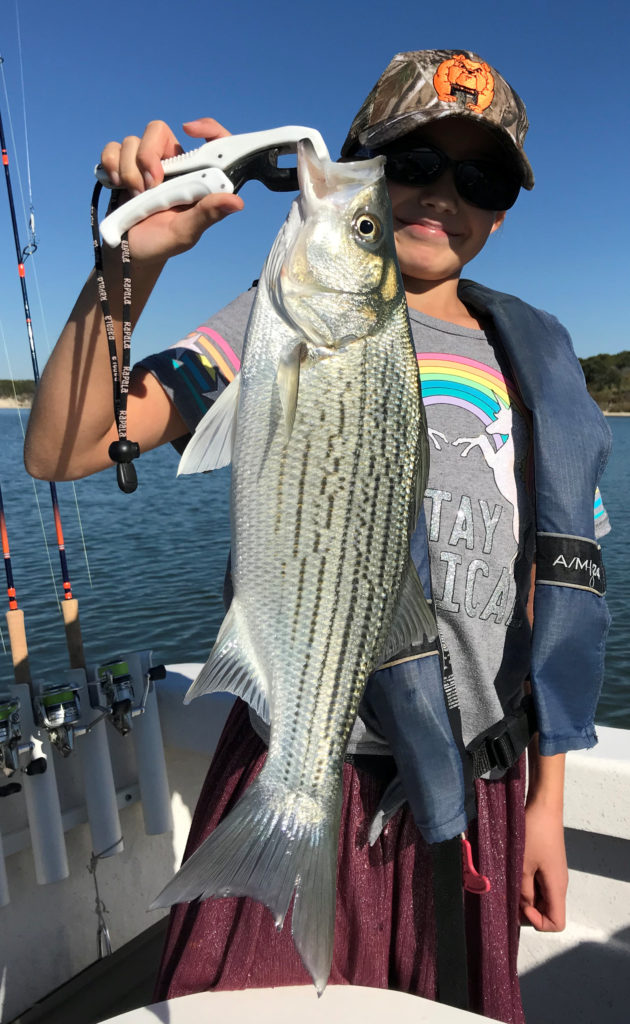 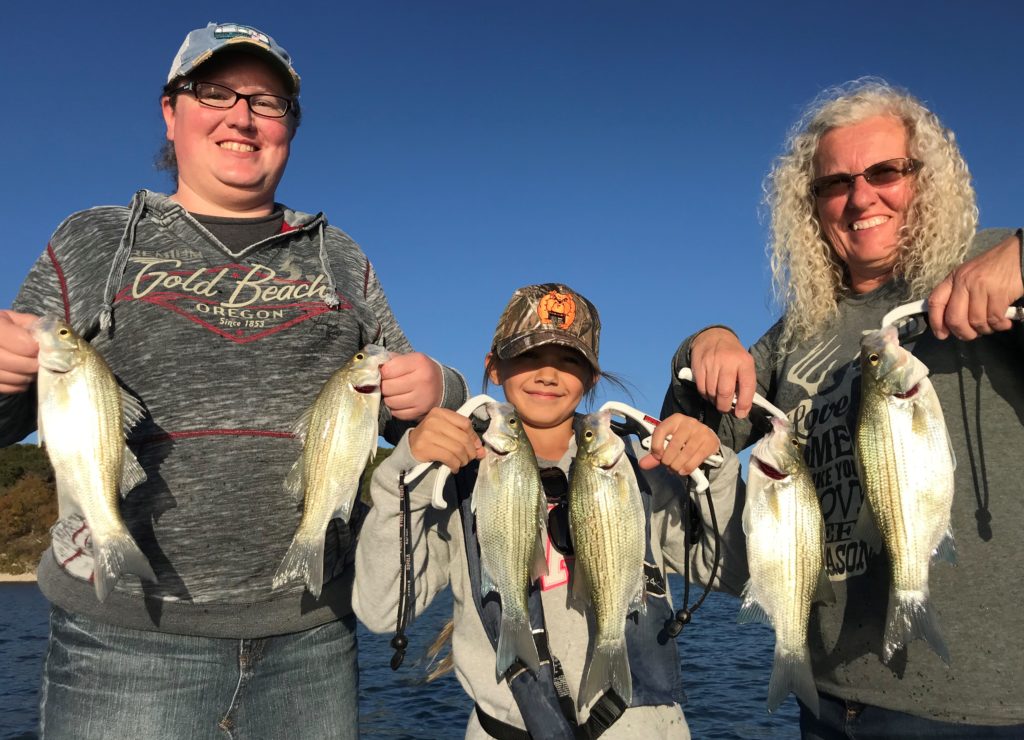 HOW WE FISHED:  I was actually scheduled to fish an AM and PM trip today, but, after considering the weather (heavy fog early followed by dead calm and bright skies) and my clients (a granddad, dad, and two elementary-aged boys), I postponed that one.  The afternoon’s southerly breeze, however, looked promising, as it was the first returning southerly breeze after a cold front.

We did a bit of spot-hopping to put together our catch this afternoon, but, with the water still near 66F, the fish were readily taking what we offered (tailspinners) whenever I found them on sonar.

After hitting 3 separate areas and “short hopping” at two of them, we amassed a catch of 100 fish by 4:25p.  We then took a restroom break and continued on fishing until sunset, hitting another two areas, both of which produced fish for us.

As has been the case this fall, we encountered a lot of small white bass, although this evening’s ratio of shorts to keepers was the best I’ve seen since the fall fishing has kicked in.  Additionally, we boated 4 legal hybrid and several that were barely short — all of which gave a tremendous fight on the ultralight rods I’ve retooled with so as to make the catching of the plentiful small white bass sporty.

A moderate-speed, plain-Jane retrieve on the tailspinners produced consistently until right at sunset.  At sunset, the fish, although still present and willing to bite, were unwilling to chase.  I switched tactics very quickly, putting a rod rigged with a Hazy Eye 3/8 oz. slab/stinger hook combination in everyone’s hands and gave them a quick-and-dirty lesson on the technique of “easing”.  This accounted for our last half-dozen fish or so.  After the sun set, it started cooling off quickly and so we called it a good day right then and headed the boat back to the dock.

OBSERVATIONS:    1) we had a better (5:1) short to legal white bass ratio today. 2) We had more legal hybrid (and hybrid overall) in the catch this afternoon than in any trip since the water has begun cooling off. 3) In areas with slick water (due to being sheltered from the S. wind) schools of small shad could be seen feeding on the surface this afternoon on a widespread basis. 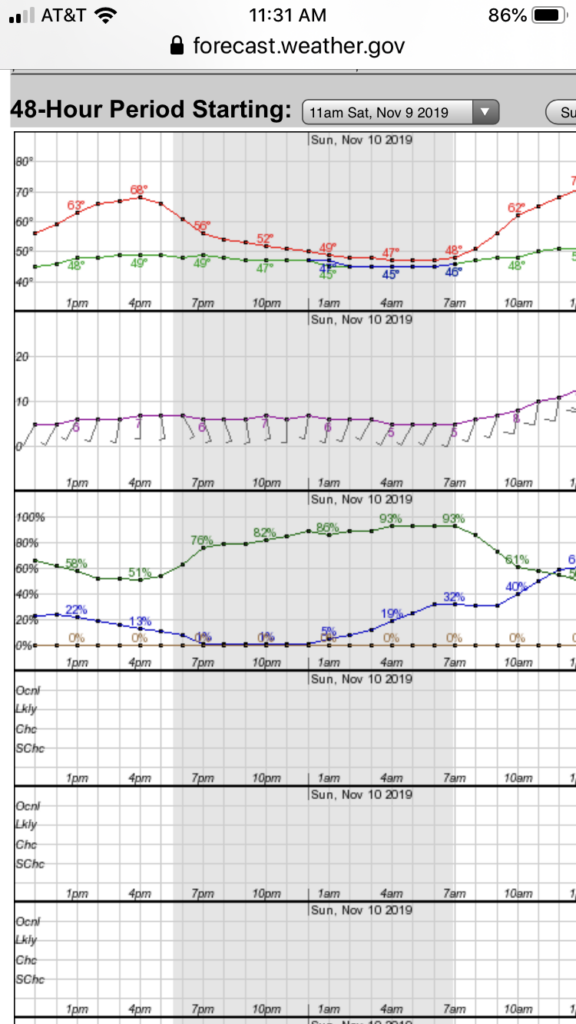