WHO I FISHED WITH: This morning, Monday, Nov. 18th, I fished with returning guest Mike McLaughlin and his buddy, Alan Creekmore, who joined me for his first time aboard my boat.  Mike’s wife, Christa, got him a fishing gift certificate for his birthday a few weeks back, and today was the day he decided to cash it in.  Mike is retired from the Texas Dept. of Public Safety, after which he worked for various other law enforcement agencies.  Alan is retired from the State Attorney General’s Office.

Both fellows are veterans of the United States Navy. 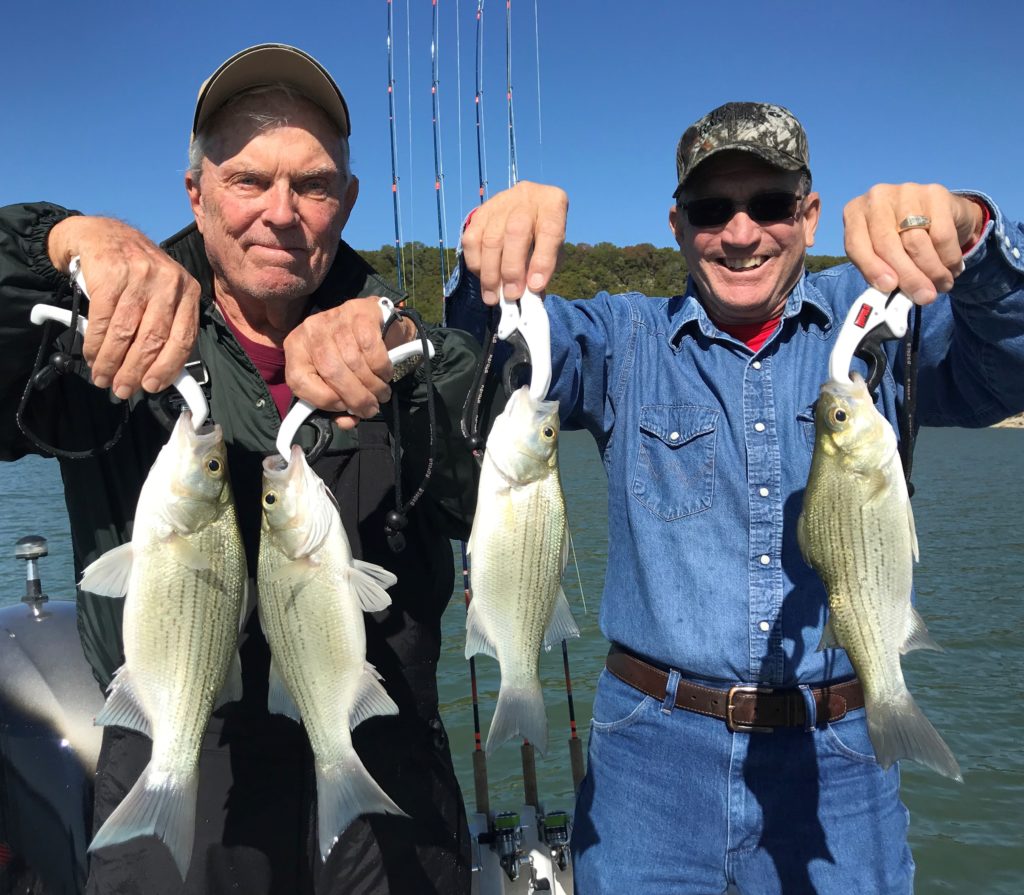 PHOTO CAPTION #1: From the left, that’s Mike McLaughlin and his buddy, Alan Creekmore.  These fellows put 159 fish in the boat this morning including white bass, drum, and a single largemouth.

HOW WE FISHED:  I did a bit of exploring today after seeing migrating gulls in several areas on Lake Belton last week.  Well, that exploring paid off in that we found fish where I went looking, but, there was no significant bird activity, thus, all of our fish finding was done by methodically combing with sonar.  Also, we did a bit better on the keeper to short ratio today, but, there was still a lot of small white bass in our tally.  I think this is just going to be a fact of life on Belton this season, as no matter where I go and what I throw, I’m catching a lot of small whites, as are others I routinely compare notes with.

This morning we caught fish in four distinct areas with each area producing progressively longer bites right up until we decided Miller’s BBQ sounded better than catching more fish at around 11:30.

One very significant note today … the water dipped down below 60F in the overnight hours last night.  Coinciding with this was my observation that slabs (equipped with stinger hooks) outperformed tailspinners today.  The tailspinners would catch the most eager fish from the first time we dropped down and for a few minutes thereafter, but, as soon as those fish quit and the fish got hesitant, the slab performed like a super-star, and kept right on performing.

We took a total of 159 fish today including 1 largemouth bass, 7 freshwater drum, and 152 white bass, with about a 1:6 legal to short ratio on the white bass.

OBSERVATIONS: Slabs (equipped with stinger hooks) outperformed tailspinners today, which was the first day the overnight surface temp. dropped below 60F.  No organized bird activity although plenty of birds are beginning to arrive. There was an interesting hatch of some sort of beetle today.  These beetles looked like traditional red and black ladybugs in shape, but had yellow shells with black dots.  There were thousands of them covering the water’s surface with most coupled together as if mating or grouping together to stay afloat, much like fire ants will do.

Wind Speed & Direction: WNW11 at sunrise, slowly tapering back to WNW4 before going calm for about 30 minutes from 10:15 to 10:45, then shifting ESE4 thereafter. 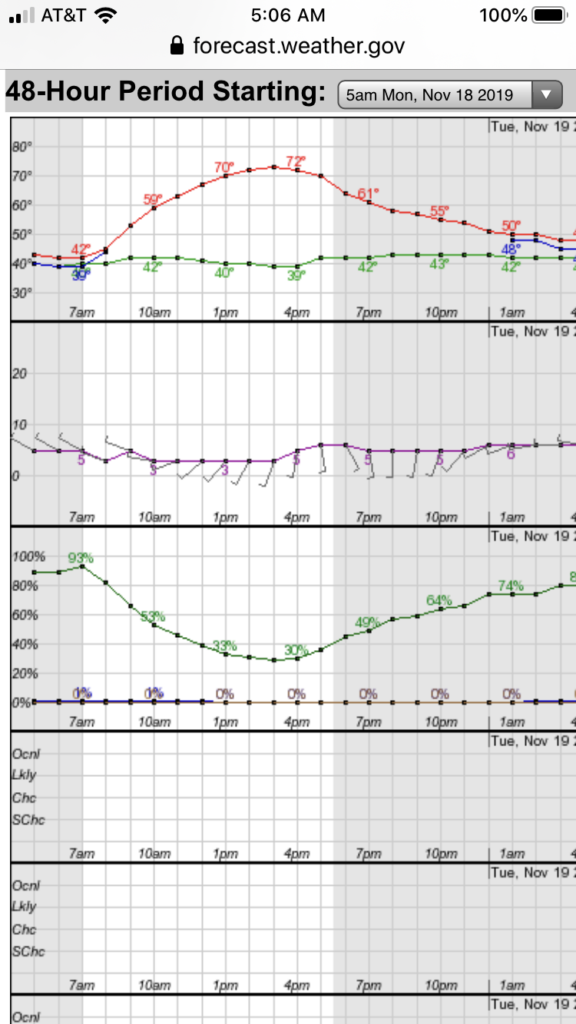