WHO I FISHED WITH: During the afternoon of Saturday, 30 November, I fished with three young men, all from Salado, TX, in celebration of Jeb Hercules’ 14th birthday.  Joining Jeb for this outing were his friends, Kase Maedgen, and Zane Roche, as well as Jeb’s dad, Chris Hercules.

Jeb’s mom, Michele, set the whole thing up about a week in advance. 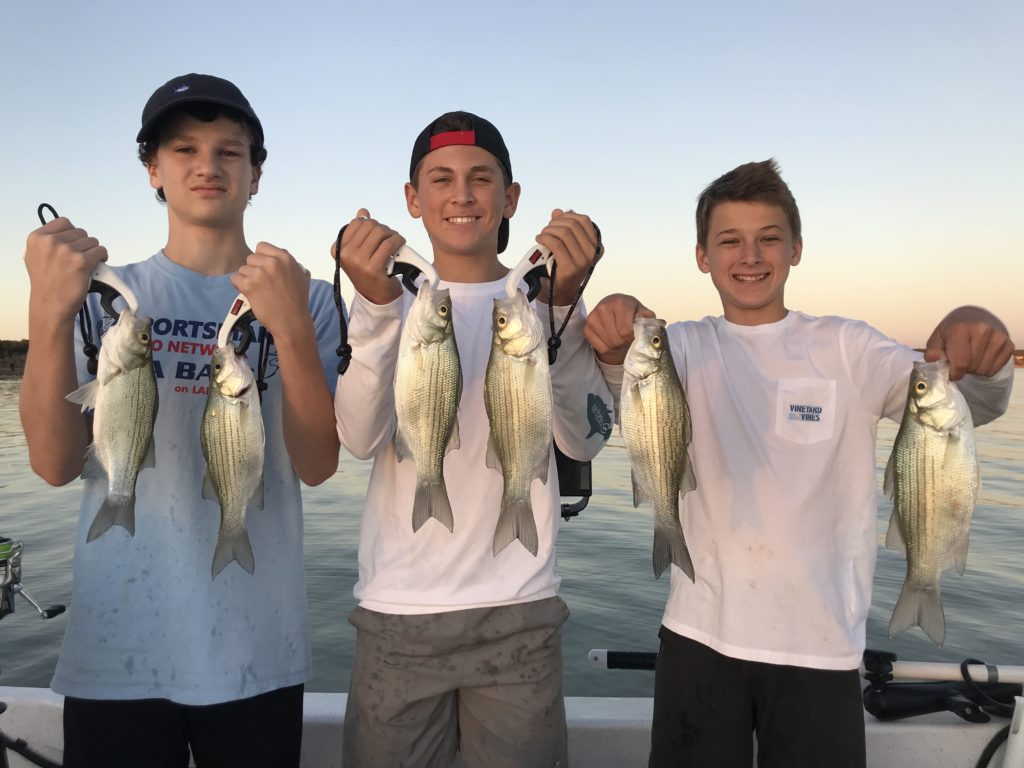 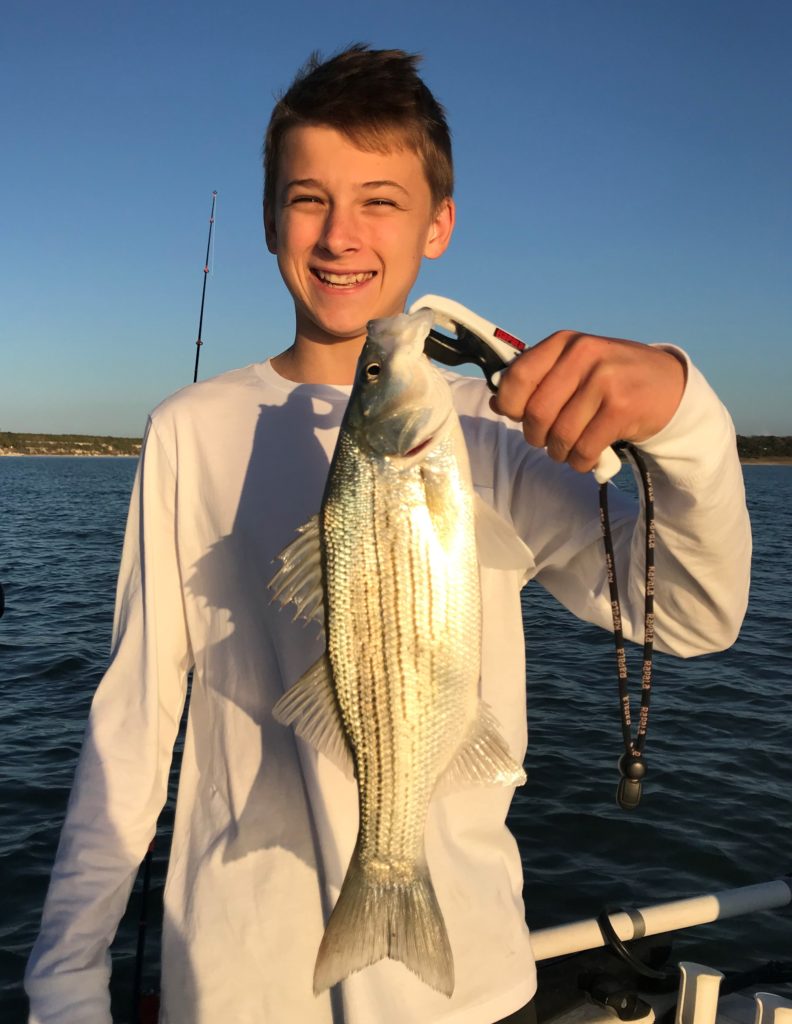 PHOTO CAPTION #2: Fittingly, the Jeb the birthday boy landed the evening’s largest fish.  This hybrid striper took Jeb’s slab as it fell back toward bottom, whereas most white bass strike as the lure is rising.

HOW WE FISHED: Fishing was a bit tough this afternoon as the Pacific cool front which passed by around 10 AM moved quickly east.  During the entirety of the afternoon we faced slowly decreasing wind speeds, starting around 8 mph, and tapering to near calm by sunset.  The skies were high and clear.  We found plenty of fish in plenty of places, but they were just reluctant to bite.  As I found them on sonar, they were still concentrated around the 33 foot mark as they had been in the morning, but the fish were more spread out, they were tighter to the bottom, and they refused to chase very far or very fast.

We wound up “hopping” 11 different times —  a testament to how loathe the fish were to move to us; rather, we had to move to them.  Most of the fish we caught we caught right off the bat upon arriving at a location and dropping down.  We would catch the fish that were there and no more, as fish were not moving toward our commotion very eagerly at all.

We used an easing tactic with 3/8 oz. Hazy Eye Slabs with stinger hooks attached to catch every one of the 73 fish we landed.  Our catch included white bass, hybrid striped bass, freshwater drum, and largemouth bass.

OBSERVATIONS:   No helpful bird action this evening.  It is atypical to find fish white bass clearly presenting on sonar (positioned sufficiently high off the bottom that there is target separation on down-imaging) and not biting well, but, that is exactly what we encountered this afternoon.

Wind Speed & Direction: NW8 tapering slowly and evenly down to near calm over the course of the trip 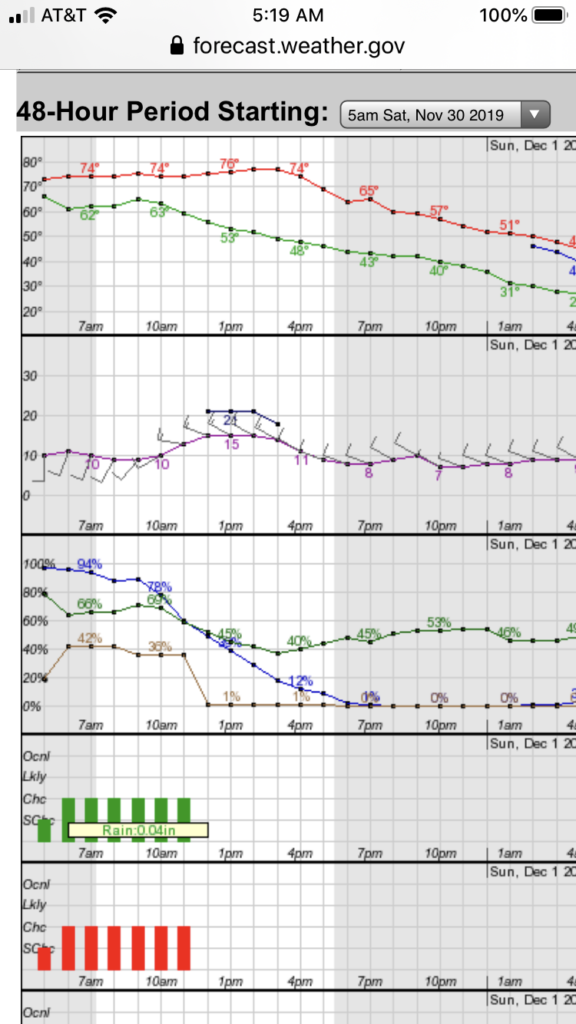