WHO I FISHED WITH:  This morning I fished with 4 members of the Kovar family from just west of St. Paul, Minnesota.  Mr. Dale Kovar, his wife, Linda, and their daughter, Chelsea Rademacher, all flew down to Texas to see their son, Rhett, before he deploys to Iraq as a member of the Minnesota National Guard.  Rhett only recently completed basic training and AIT, then got called up and has now been at Fort Hood living in the barracks since October.  Two other siblings were unable to make the trip. 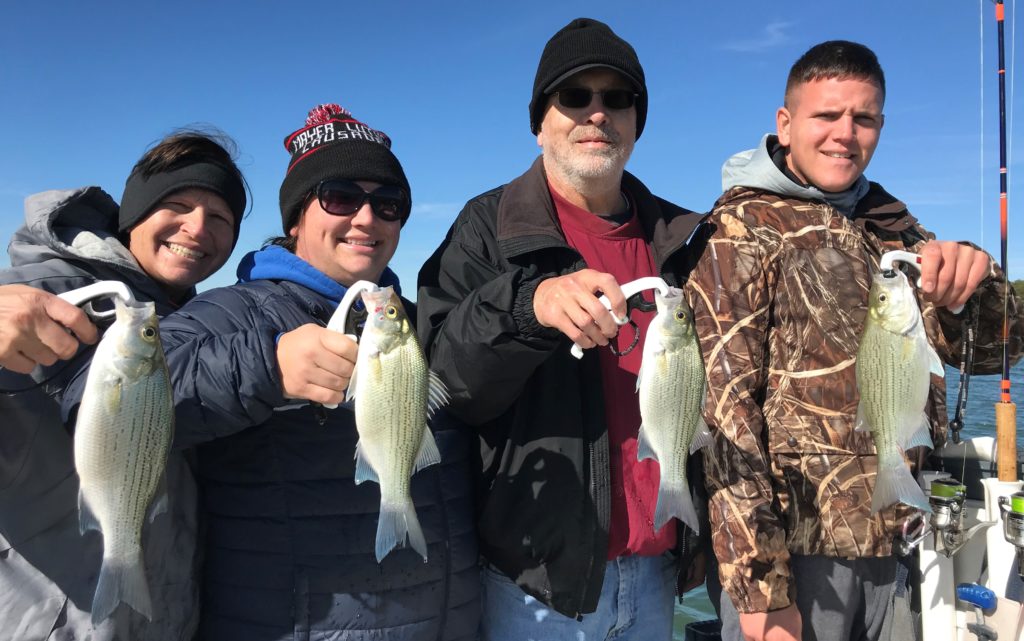 PHOTO CAPTION #1:  From left, that’s Linda, Chelsea, Dale, and Rhett with a few of the 223 fish they landed under breezy, post-frontal conditions. 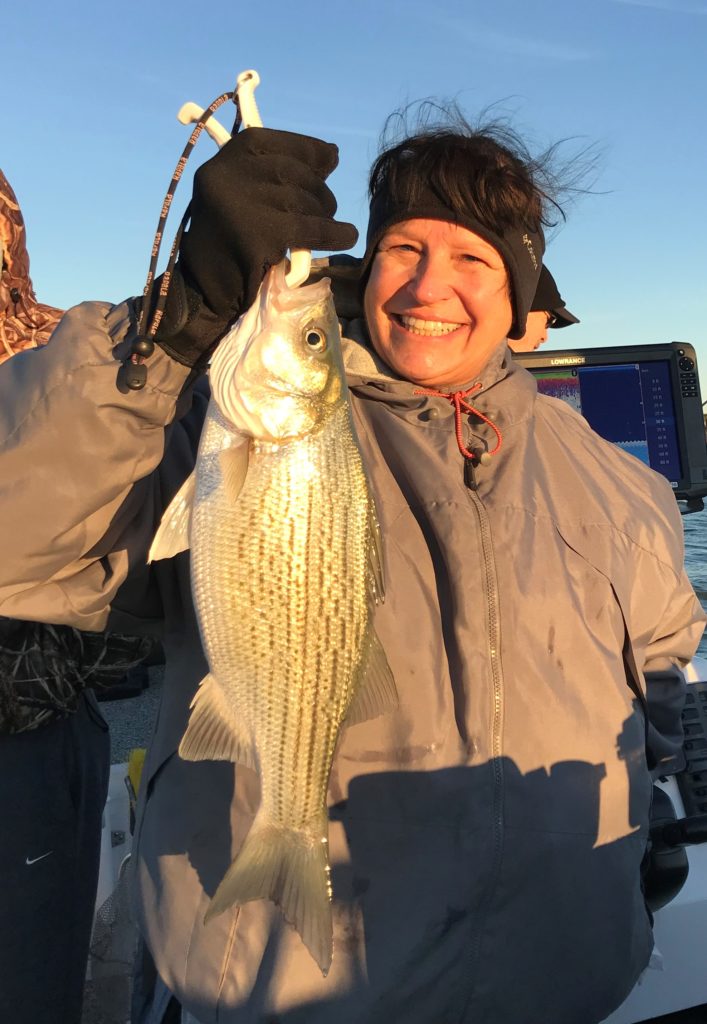 PHOTO CAPTION #2:  Linda landed the top two fish of the trip this morning, including this nice hybrid and a freshwater drum which went 4.75 pounds.

HOW WE FISHED:  Fishing was easy this morning.  Birds started feeding and leading the way to fish just a few minutes after sunrise.  The bird action was most intense in the first hour after sunrise, but did not quit entirely until around 10AM.  We used two different methods this morning, depending on how the fish were presenting on sonar.  If the fish were very active and chasing bait throughout the water column, we used a slow version of a smoking tactic to cover the water column; and, if the fish were less aggressive and holding on bottom, we used a slower, lower easing tactic. We used a stinger-hook equipped 3/8 oz. Hazy Eye Slab in white color for both jobs.

While the birds worked, we made 4 stops under them as they moved about feeding, and typically began by using a smoking retrieve until the fish settled, then mopped up with an easing retrieve, and then moved to a new bunch of fish once the easing slowed down.  We boated our first 100 fish by 9:19AM.

After the birds quit, we spent our final hour atop a school of white bass holding on a breakline.  I layered in Garmin LiveScope at this point to help keep everyone engaged.  These fish quit just a few minutes before 11AM.  We finished up with 223 fish including white bass, hybrid striped bass, freshwater drum, and largemouth bass.

Of course, when all was said and done, I directed them to the good care of Mr. Dirk over at Miller’s Smokehouse for lunch.  I just wouldn’t be right to come all the way from Minnesota and not dine there.

OBSERVATIONS:  I noted that in ~23 feet of water or less, even when birds were working fish and bait aggressively, my outboard would spook fish from directly beneath the boat.  Therefore, I used side-imaging to find large concentrations of fish, then put my cursor on the H’bird Solix on those fish and let the i-Pilot Link system take us more stealthily to those fish instead of running over them with the outboard.  It seemed that only those suspended fish were negatively impacted in this way.

Wind Speed & Direction: NW11 at sunrise and tapering off just a bit to NW8 by trip’s end 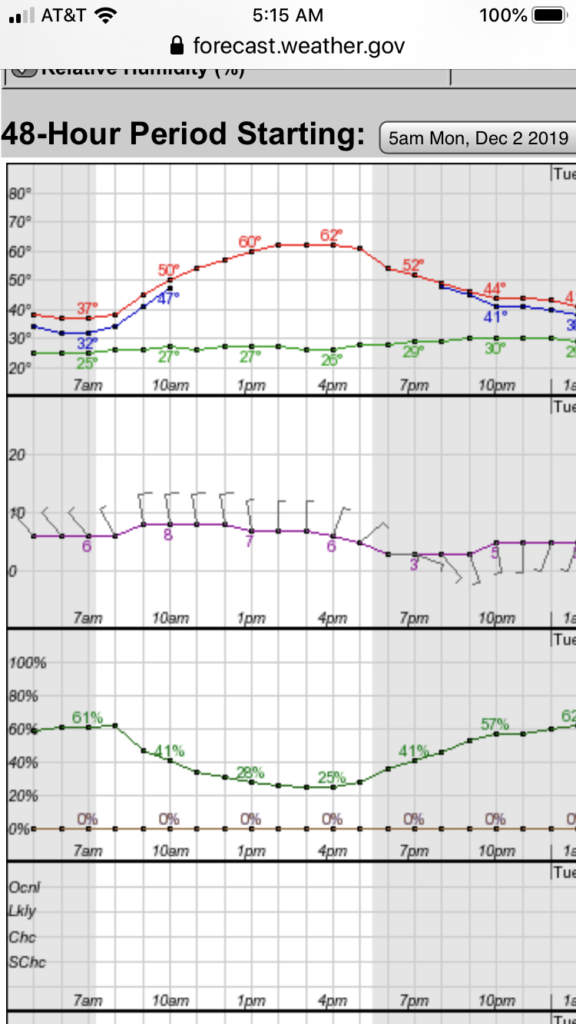