WHO I FISHED WITH:  Yesterday morning, Saturday, December 14th, I fished with returning guest Oscar Leal, accompanied by two first time guests, Terek Brown, and Alton Hill.  Prior to the trip Terek and Alton did not know one another, but were both friends of Oscar’s.

Terek, himself a gymnast, runs Journey Gymnastics in Georgetown, Texas, and Alton works with Oscar in Austin’s tech industry.

On Oscar’s previous trips, all taken this fall, we’d focused on the high numbers of smaller fish prevalent on Lake Belton.  This morning, by request, we fished Stillhouse in pursuit of larger white bass.  I wanted to be very upfront with Oscar, and therefore let him know that we would not see the kind of numbers I have been racking up on Belton.  He was okay with that, and so we went forward with our plans to venture onto the 6,400 or so acres of Stillhouse Hollow, an impoundment of the Lampasas River. 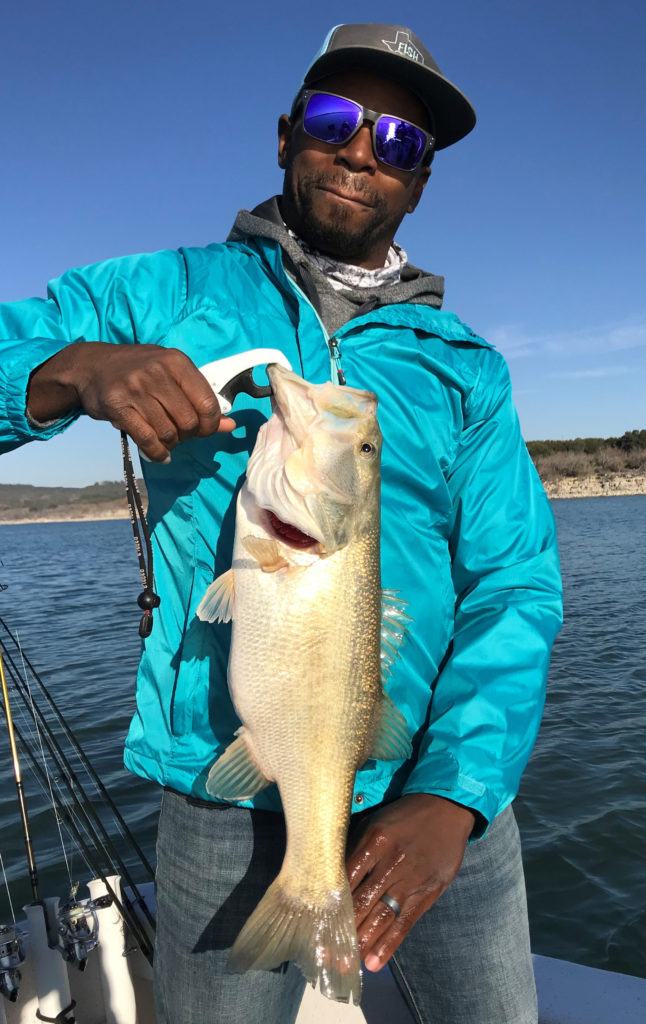 PHOTO CAPTION #1:  Terek Brown with a 4.75 pound largemouth bass taken on the tried-and-true 3/8 oz. white Hazy Eye Slab with stinger hook.  As with nearly all largemouth caught on this lure in the winter months, this fish was caught on the stinger hook. 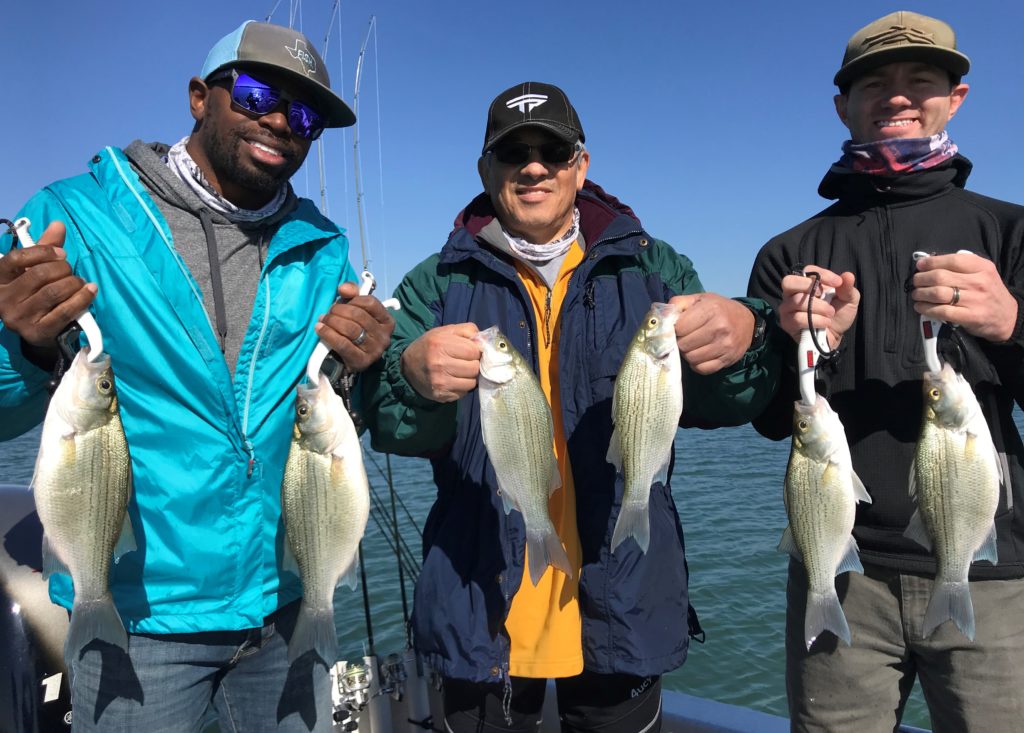 PHOTO CAPTION #2:  From left, that is Terek Brown, Oscar Leal, and Alton Hill with a mix of 2 and 3 year class fish we took on slabs under less-than-desirable weather conditions.

HOW WE FISHED: The weatherman’s forecast was hard to get excited about.  We were to experience the near-calm winds and bright skies consistent with post-frontal weather, after a very mild, brief, dry cold front moved through the day before with northerly winds.  We were fortunate to lock onto some pre-sunrise bird activity in two locations.  The fish in these locations stayed active through around 10:15, after which the already tough bite died hard.

As we relied on sonar to show us exactly where heavier concentrations of fish were holding in the vicinity in which the birds were working, I noted that what fish were present were organized into small groups of perhaps 5 to 20 fish each and that these wolfpacks were really holding tightly to bottom.  We also noted that our best success came immediately after Spot-Locking on fish and dropping down on them.  The fish would immediately and positively respond to the novelty of the lures, but then would quickly sour despite remaining in the vicinity and being seen clearly on sonar.

We used an easing tactic successfully.  I experimented with snap-jigging and did not see the fish express interest in that.

We wound up catching all of our fish in just two locations, both in 30-33 feet of water.

OBSERVATIONS:  Birds worked tentatively in two distinct locations that I observed, doing a lot more flying than feeding, but occasionally feeding on sunfish and shad crippled or killed by the white bass and largemouth bass feeding near bottom.

Wind Speed & Direction: Calm at sunrise through 9:30A, then starting SE6-8 suddenly, staying at SE6-7 for the remainder of the trip 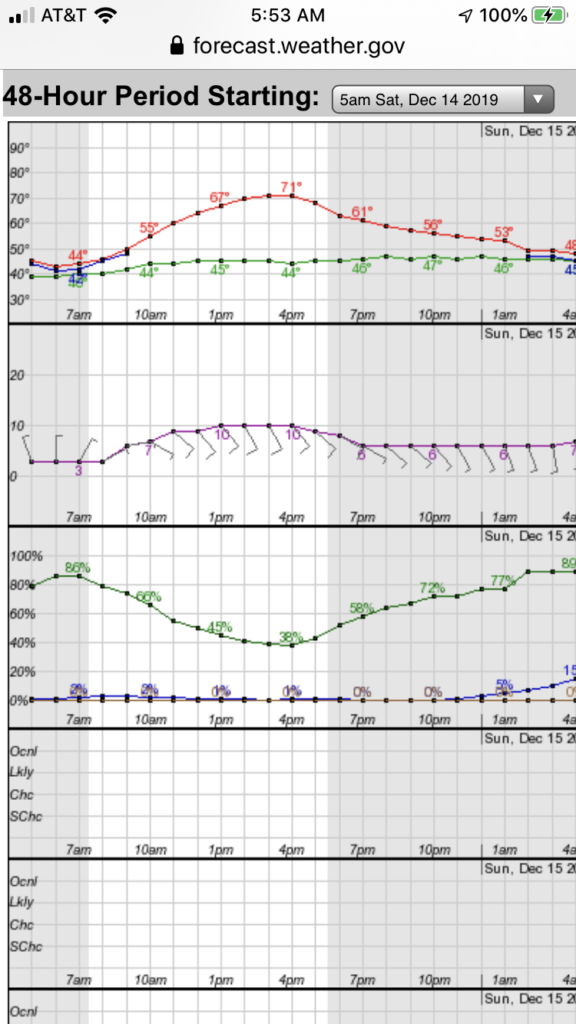 **Birds working just before sunrise until shortly thereafter at 1960/1496