WHO I FISHED WITH:  This past Presidents’ Day Monday afternoon (17 Feb. 2020) I fished with Mr. Marshall Smith, his dad, Bob Smith, and Marshall’s 5-year-old son, Bobby.  This year there has been a pretty stark contrast between Stillhouse’s fewer, but larger, white bass, and Belton’s greater quantity of smaller fish, without exception.  Because we had a 5-year-old aboard, Marshall and I agreed that the better action, albeit for smaller fish, would be more well-suited for Bobby’s age and attention span.  This turned out to be a good call. 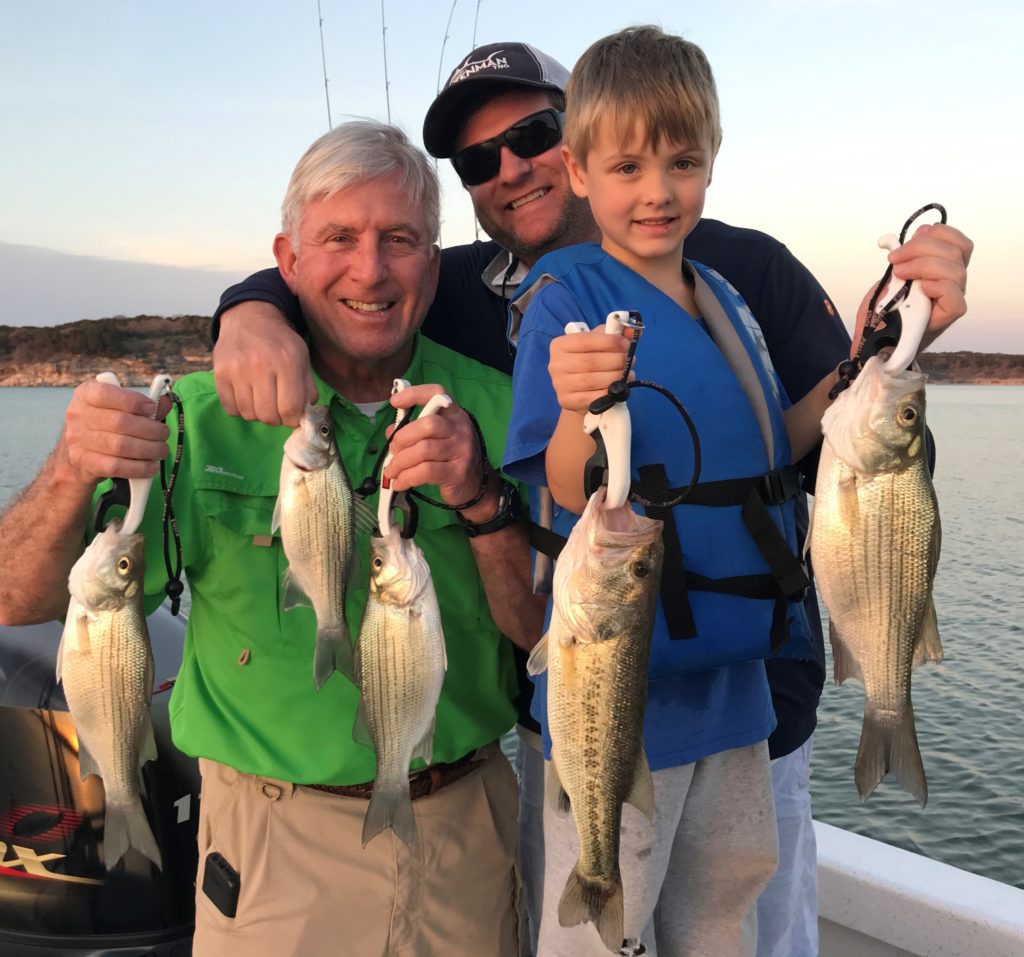 PHOTO CAPTION:   From left: Bob, Marshall, and Bobby Smith with a few of the 108 fish we landed at the end of a 3-day warming trend on Lake Belton.  We primarily caught white bass, but also managed a few largemouth and drum, as well.

HOW WE FISHED:  After observing how the better concentrations of white bass I found on Stillhouse today during my morning trip were holding adjacent to the river channel, I focused on like areas to start off with at Belton.  This turned out to be a very good call.  We found all of our fish within a roughly 1/2 mile stretch of river channel today and kept the action steady from start to finish, with a noticeable “low-light” uptick right at the end of the trip as the sun disappeared below the horizon.

Fishing was very straightforward, if not lacking in variety.  We used 3/8 oz., white Hazy Eye Slabs with stinger hooks attached in two different ways, depending on how the fish presented on Garmin LiveScope.  If the fish were holding tight to the bottom, or settled down after being previously suspended, we used a slow easing tactic. If (as was the case the majority of the time) we found the fish were more active and were up and feeding from a suspended posture, we used a slow smoking tactic to seal the deal.

Bobby stayed engaged the entire time, but not necessarily in fishing!  He did land several fish with assistance, then landed several independently, then got promoted to live-well checker, to fish-putter-backer, to possible-keeper-fish-ruler-operator … you get the gist of it.

Having three generations aboard is a reel treat, especially when the older generations come aboard with the mindset of making the younger one successful, as was the case this afternoon.

OBSERVATIONS:   The best concentrations of fish we found were immediately adjacent to the river channel today. Helpful bird action by ~8 gulls led to our “low-light” bite location where we put more than 20 fish in the boat in about as many minutes as the fish went on a pre-dusk feeding spree (albeit still in slow motion). 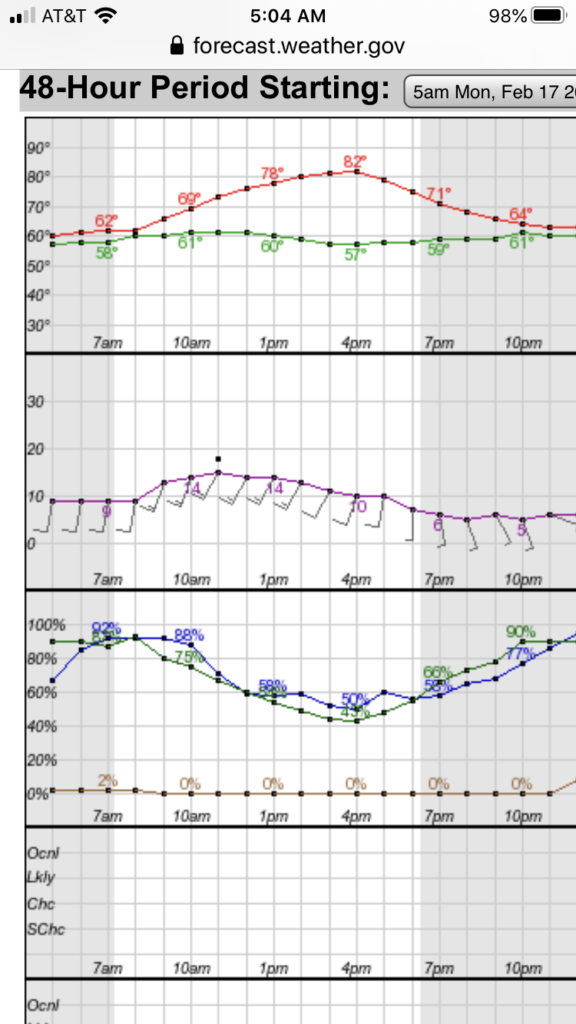