WHO I FISHED WITH:  This morning, March 3rd, 2020, I fished with Josh Abbatoye and his friend, Shawn Poole.  The two men went through Army basic training together and have been friends ever since.  Both have now chosen to live in the Central Texas area post-military.  Josh operates a very unique small business named Spotless Crime Clean LLC in which he and his wife pick up the pieces and help families impacted by crime put their homes back in order when damage has occurred as a result of crime.  Shawn is happily retired.

Josh contacted me hoping to expand his horizons when it comes to white bass fishing, particularly in the area of sonar use.  Accordingly, during our trip I made every effort to point out how my electronics were helping me make decisions which got us on fish and kept us on fish.  Both men walked away extremely impressed with the means by which I’ve put Garmin LiveScope to use on my boat. 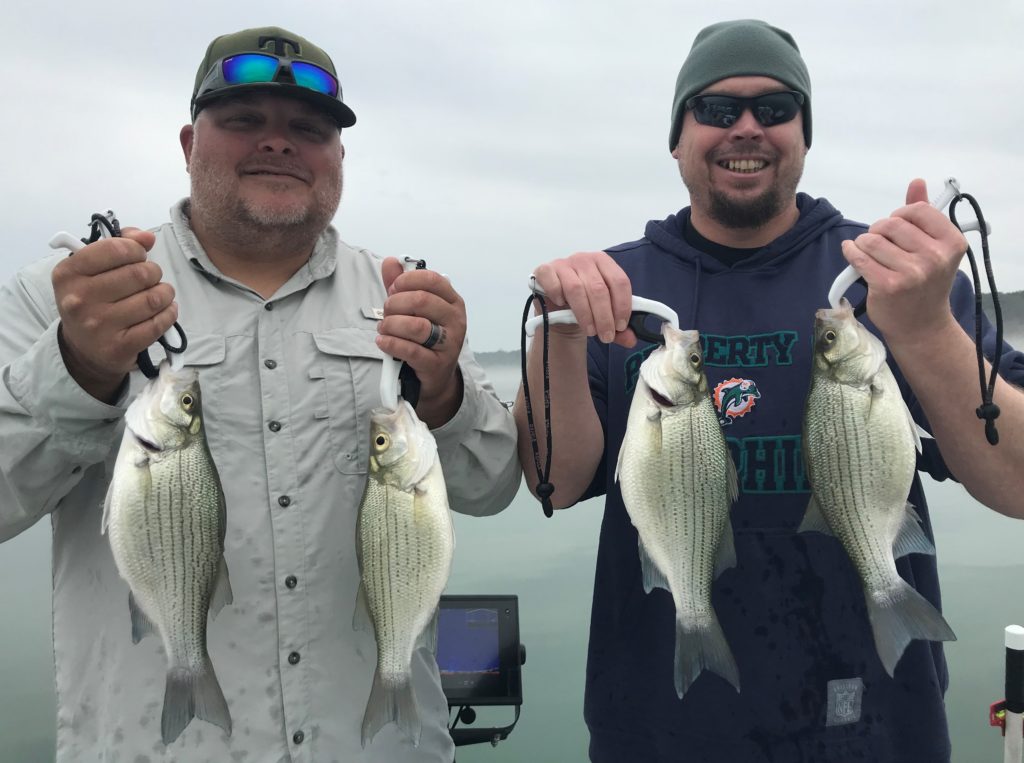 PHOTO CAPTION:   Despite calm, foggy conditions, the increasing day length (photo-period) and increasing water temperature (going on a 5th day of warming prior to a cold front’s arrival tonight) trumped the negatives and produced just over 100 fish for us this morning in right at 4.5 hours on the water. That’s Josh Abbatoye (left) and Shawn Poole.

HOW WE FISHED: Just as Josh and Shawn arrived, a light blanket of fog began to form over the entire reservoir as the warm, damp air was chilled by the lake’s cooler surface temperature.  Gulls have been very routinely starting to feed atop loons and white bass in four or five very predictable areas.  These areas typically have produced moderate action until enough light begins to penetrate the depths to get larger concentrations of white bass utilizing the river channel on the move.

Without being able to see birds from any distance, I started us off at two of the general locations where these birds have been massing.  Both paid off.  In fact, at the first location, the fish became active enough for about the first 30 minutes that we were able to do some deep water bladebait work with Cicadas, thus covering bottom more thoroughly than we could by simply going vertical, given that we could see on sonar that multiple “wolfpacks” of white bass were moving around at a pretty fast clip over these two moderately deep flats we were working.  By the time we got to the second flat, the fish had already throttled back, thus, we slowed down an went vertical from that point on.

By 8:30, despite persistent fog at lake level, the sky above was brightening, and we began to encounter fish along the river channel beginning to feed.  We caught the vast majority of our fish in two such locations with one other quick stop under birds over a third mid-depth flat between those two channel-oriented stops.

The fish never got super aggressive today, which I expected thanks to the low-wind situation; and, they turned off a bit earlier today as well.  We absolutely ground it out for our last few fish in order to intentionally surpass the 100 fish mark right around 11:20AM.

Both Josh and Shawn immediately appreciated the power of Garmin LiveScope.  Once they got the fundamentals of our technique down, the LiveScope provided real-time input on precisely when to put the technique to use and when to be patient and allow fish to accumulate before attempting to lure them with the artificial baits we chose for today’s work.

With the exception of about a dozen whites taken early on bladebaits, the remainder of our fish came on my 3/8 oz. Hazy Eye Slab with stinger hook attached in white color.  We landed about a dozen drum; all other fish were 1, 2, and 3 year old white bass and all were very healthy with plump bellies and wide backs. 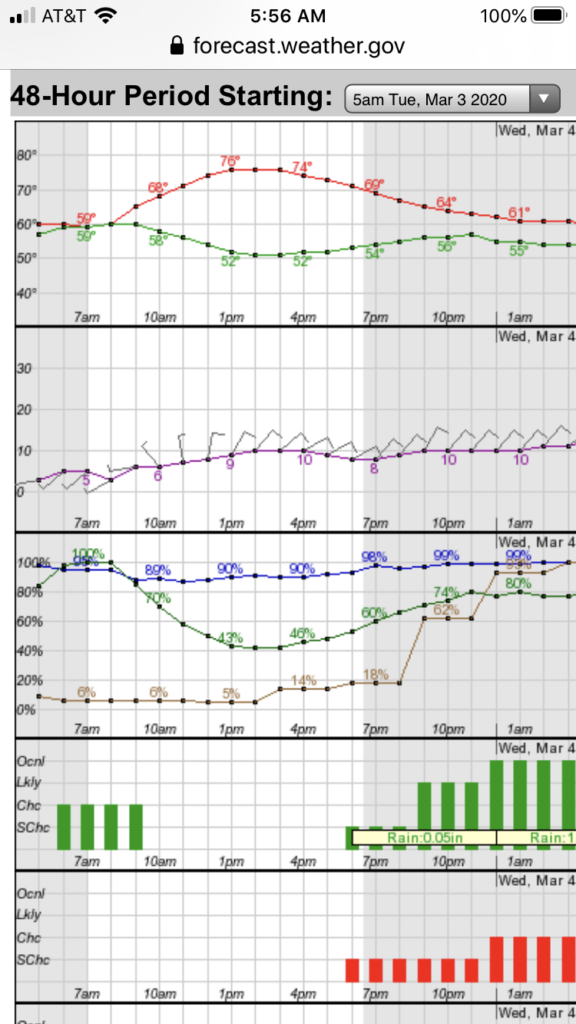