WHO I FISHED WITH:  This morning, March 9th, 2020, I kicked off the week-long spring break for most of our local school districts with a multi-generational trip for 5 eager anglers.  George Van Riper, grandfather extraordinaire, planned early and reserved this date months in advance for his son, Geoff Van Riper, and three grandsons — Jacob Howley (14), Kaden Howley (11), and Greg Van Riper (8).

Fortunately, the weather, despite being quite skewed as compared to NOAA’s forecast, more than cooperated with balmy temperatures, grey skies, and light winds.

Although Lake Belton is still producing good numbers of white bass, the quality pales in comparison to the jumbo white bass on Stillhouse this season. 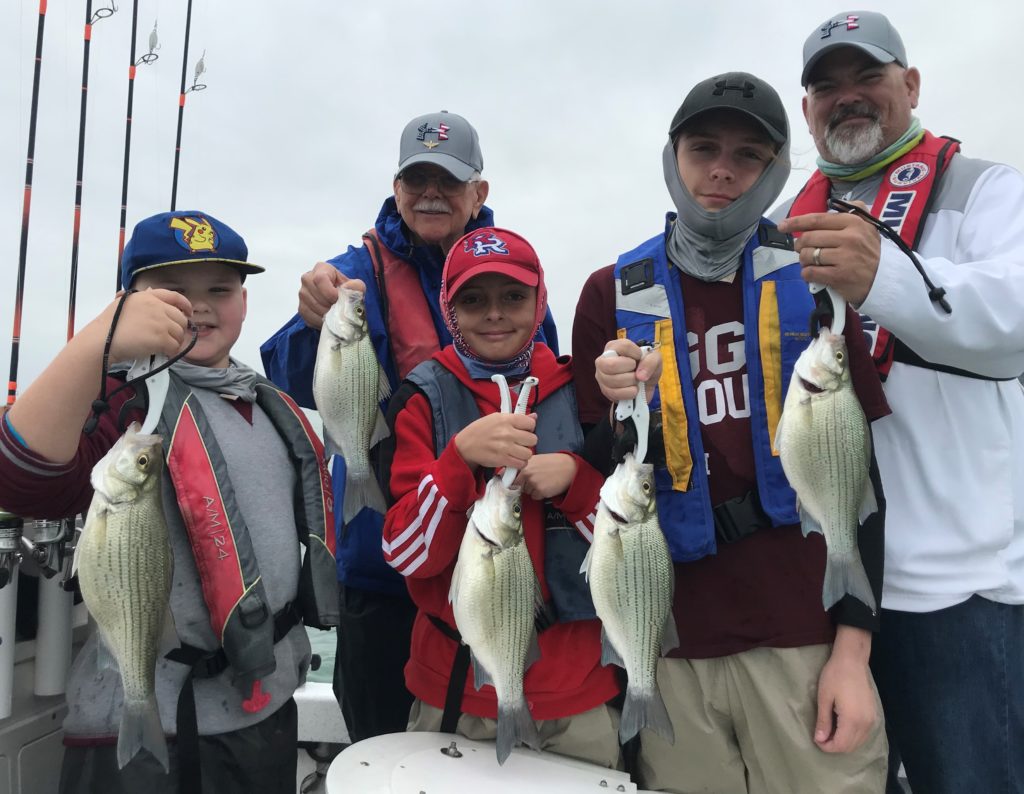 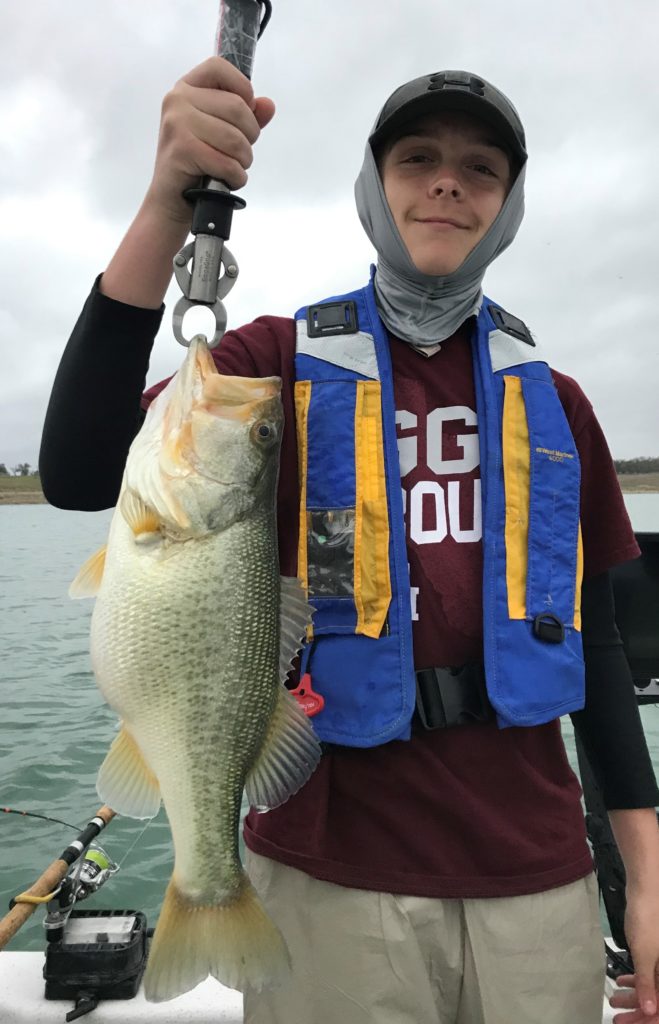 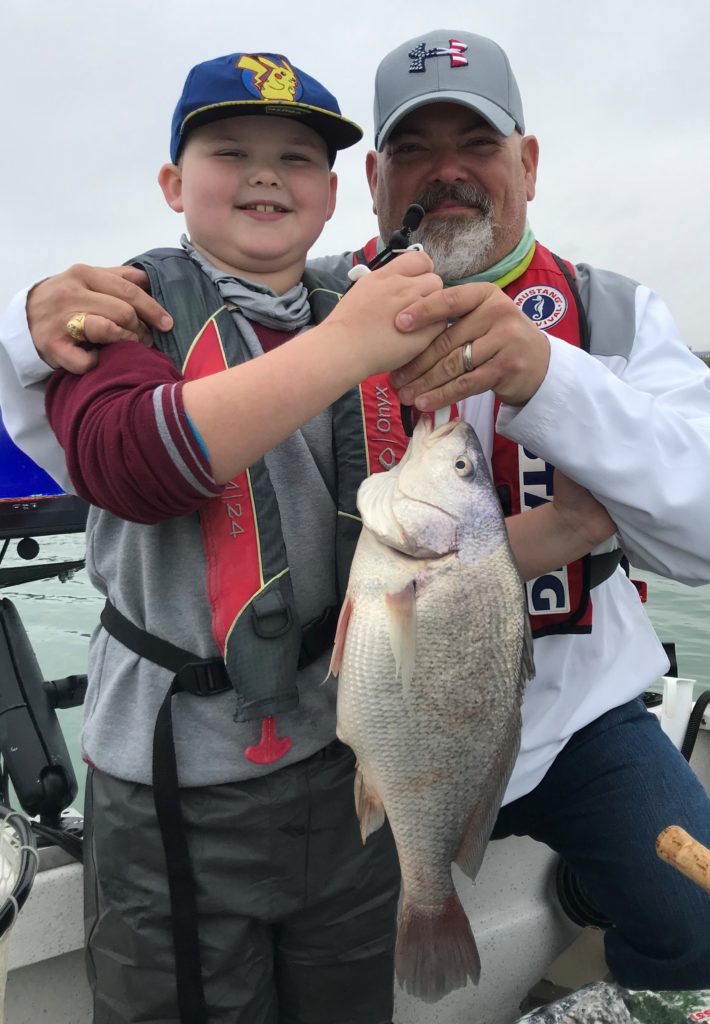 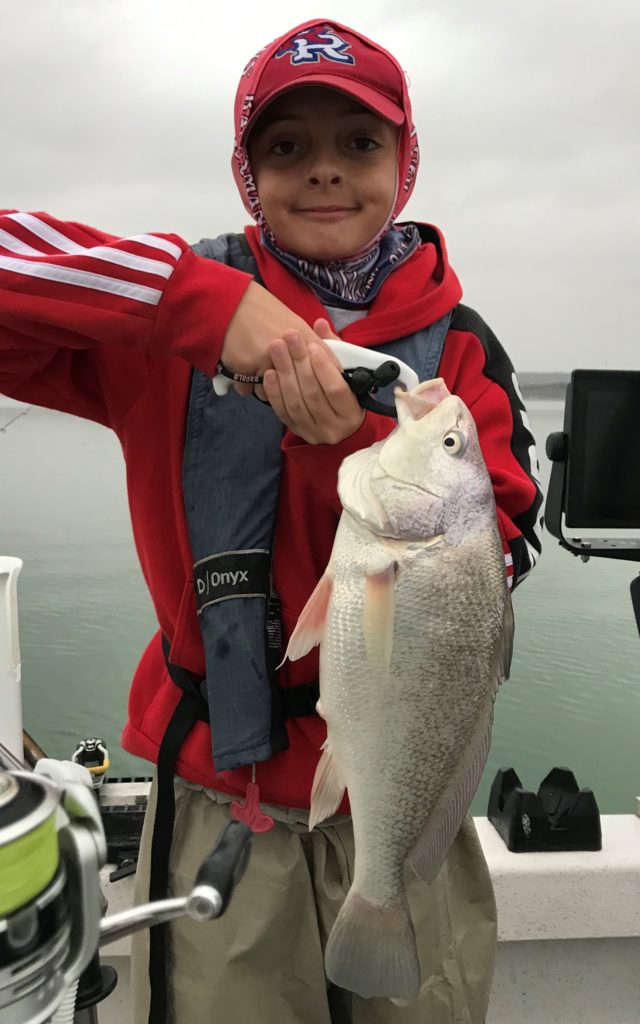 PHOTO CAPTION:   Kaden Howley with his largest fish of the morning.

HOW WE FISHED: As has been the case over the past month as water temperatures have hovered between 51 and 56F, we found better quality, scattered white bass on mid-depth flats primarily in the first two hours following sunrise, then found greater quantities of smaller (but still healthy) fish using the old river channel breakline and holding there.

Regardless of where we found the fish, the go-to tactic remained the same.  We used an “easing” tactic with my white, 3/8 oz. Hazy Eye Slabs with Hazy Eye Stingers attached to draw fish upwards and goad them into striking.  At one area we fished this morning the fish really got fired up around 10AM and we began to encounter suspended fish instead of just bottom-hugging fish.  When this occurred, we changed over, briefly, to a slow “smoking” tactic with good success.

Thanks to the clouds and wind, the birds stayed active through 10:40AM, although they only pointed us to scattered fish on the flats, not to the larger, channel-oriented groups of fish. 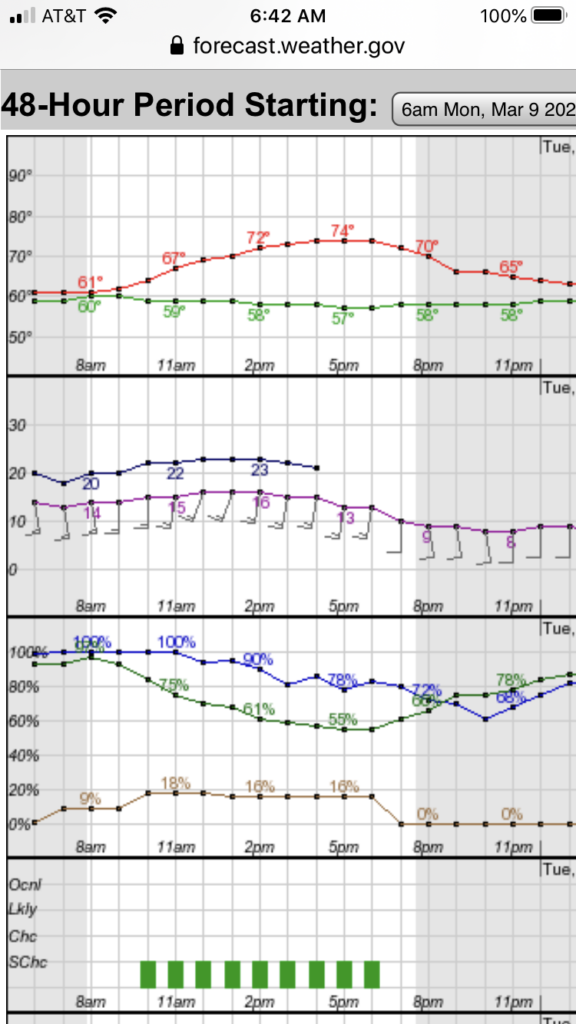