WHO I FISHED WITH:  This morning, March 10th, 2020, was Day 2 of the week-long spring break for most of our local school districts.

Joining me this morning were fishing buddies Caleb Fowler, age 14, and Tevin Gilmore, age 17, both of Belton.

Mr. Steve Niemeier had arranged for he and Caleb, his grandson, to fish this morning, but a death in the family kept him from participating, so, Tevin got the nod and filled in. 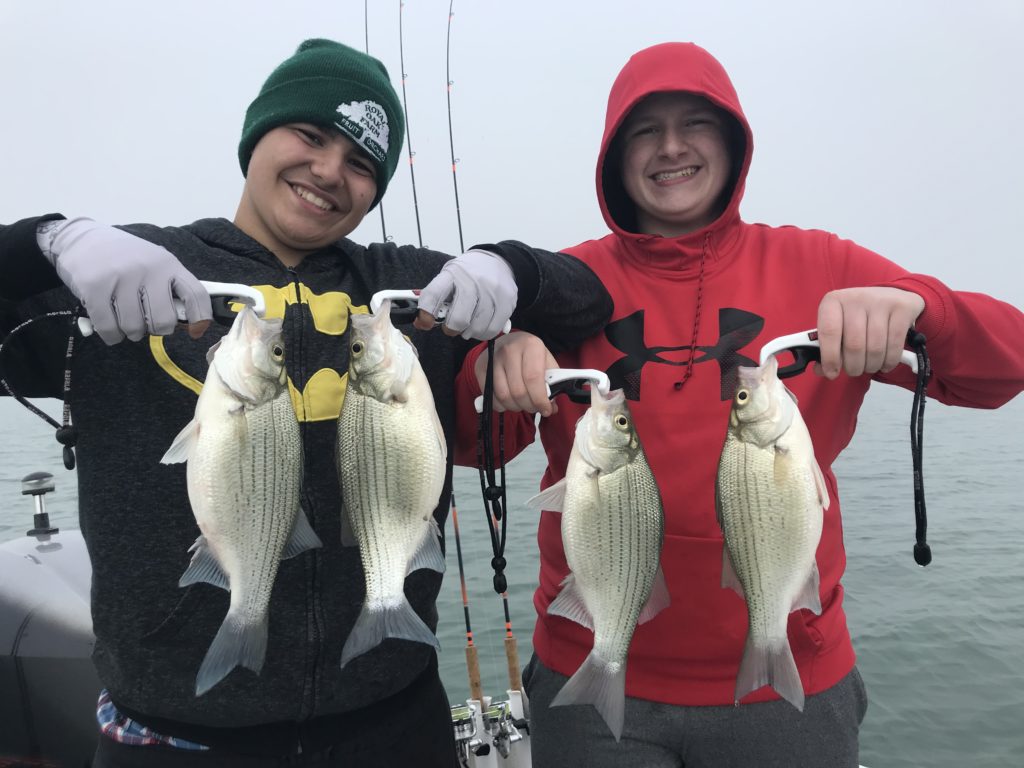 PHOTO CAPTION:   Tevin Gilmore (left) and Caleb Fowler did some fishing on their spring break from Belton Independent School District. 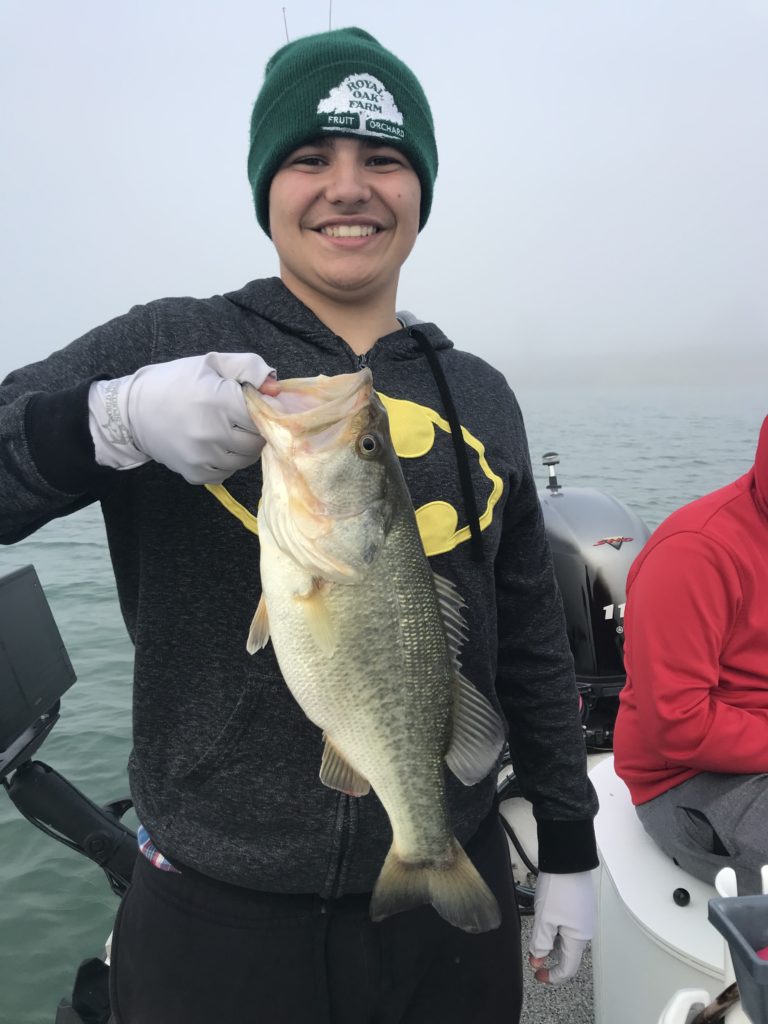 HOW WE FISHED:  Fog was a bit of a curve-ball this morning.  As I left the house, the skies were clear with stars shining brightly.  As I approached the lake, the temperature must have just dropped to the dewpoint as the lighter it got, the heavier the fog became.  That fog, and the typically windless conditions which normally accompany fog, made spotting birds tough, made travel slow, and had the fish in a bit of a funk.  Thankfully, the warming water and impact it has on fish metabolism is starting to trump all else.

We fished only three locations this morning.  The first, under birds, was on a mid-depth flat for fish actively patrolling for small sunfish and shad.  The last two areas we hit were both on the channel breakline.  We fished the fish on the flats with bladebaits and we fished the channel-oriented fish with slabs.

The flats gave up 32 fish.  The first channel break gave up 16 fish, including a catfish of great proportions landed by Caleb, which will be the subject of a stand-alone article soon to follow; the last channel break gave up the remainder of our fish (47 fish), for a total of 95 fish landed this morning including white bass, several freshwater drum, one largemouth bass, and once blue cat.

We fished the Cicada blades with a “lift-drop” tactic and we fished the Hazy Eye Slabs with an easing tactic, save for about a 25 minute span when the feeding peaked and we used a slow smoking tactic. 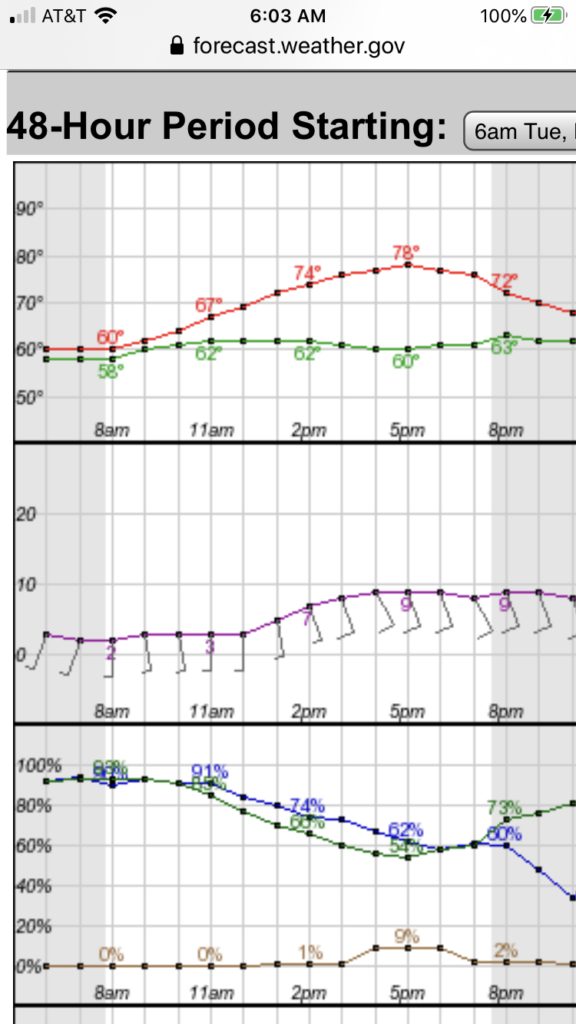