WHO I FISHED WITH:  This morning, Tuesday, March 17th, I fished a “Happy Birthday” trip for 9-year-old Luke McKown from near China Spring, TX, accompanied by his dad, Mark McKown.

A few weeks ago, Luke’s grandmother, Kathy Sievers of Gatesville, TX, contacted me about arranging a birthday trip for Luke after long-time client Steve Niemeier recommended this to her.

Thanks to a returning southerly wind, balmy temperatures and grey cloud cover, the stage was set for solid fishing this morning. 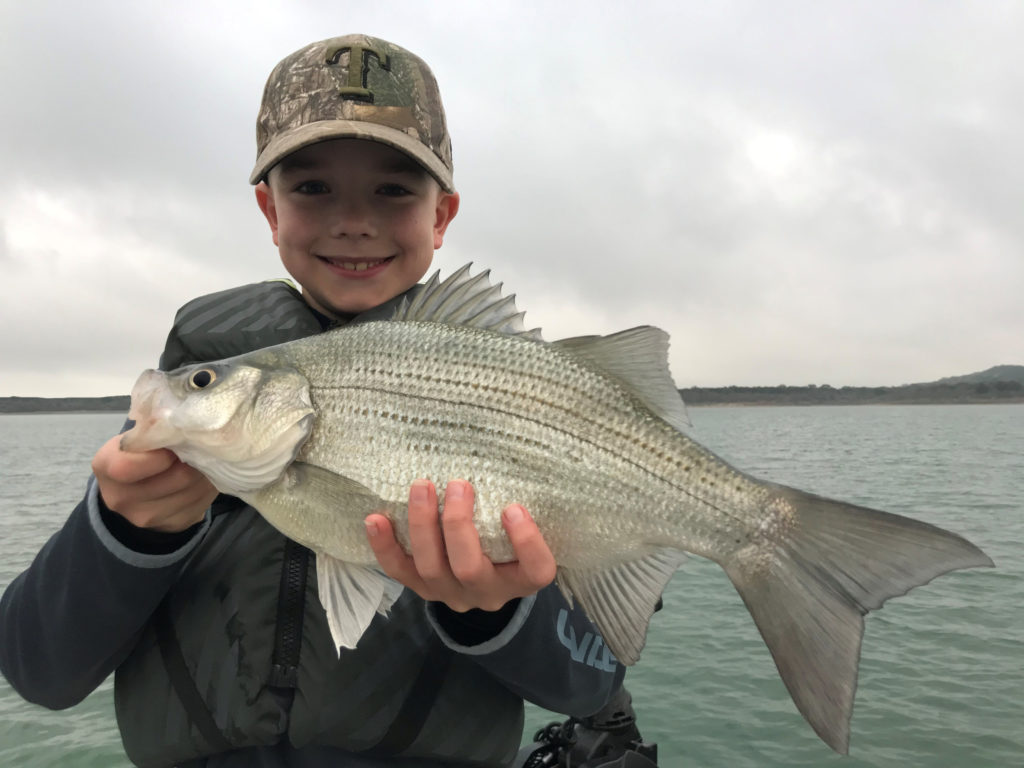 PHOTO CAPTION: Luke McKown captured this 16.25-inch long Stillhouse Hollow white bass as we fished a 30′ flat under grey skies with southerly winds.  We were working bladebaits near bottom when this white bass slammed his offering.  This fish well-surpassed the TPWD minimum length of 15″ for a Big Fish Certificate. 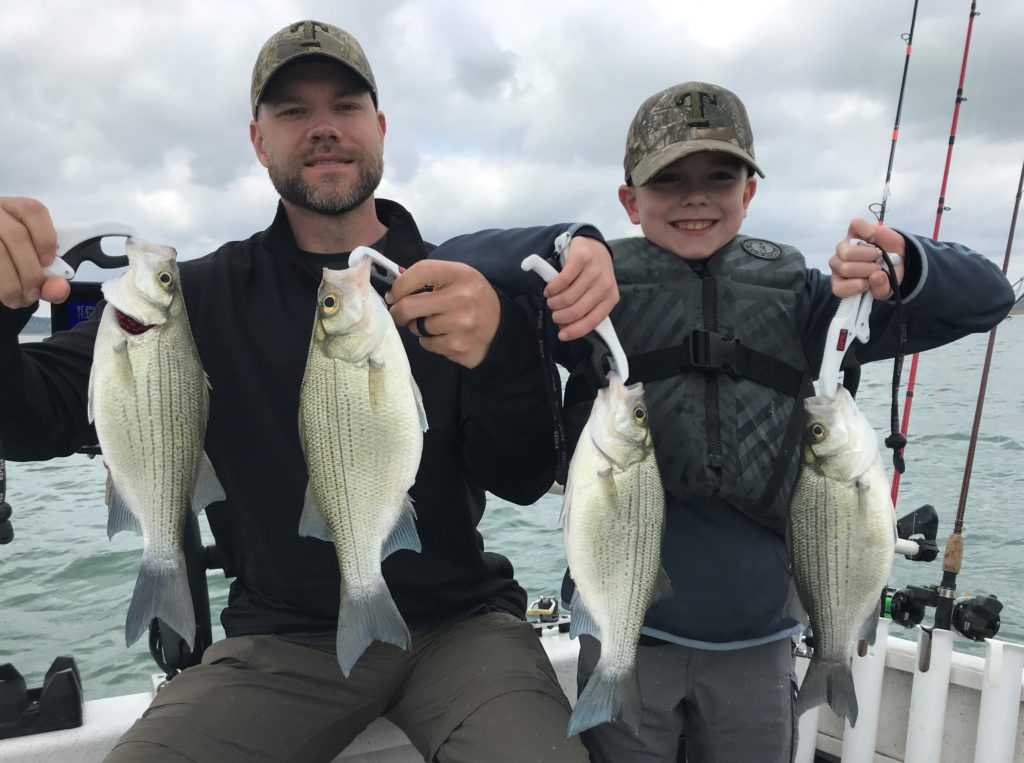 PHOTO CAPTION: Even the “smaller” white bass we caught this morning were no slouches!  The fish are definitely moving shallower, chasing harder, and feeding more aggressively now that the water temperature has broken the 60F mark.  From left: Mark and Luke McKown.

HOW WE FISHED: We didn’t get off to a great start this morning as Mark and Luke ran into fog before hitting I-35 in Waco, thus delaying their arrival.  The birds had already been working for a while before by the time we got to them, but, we started catching as soon as we could.  I gave my normal safety brief “on the fly” and described what we needed to do to catch fish as the Minn Kota was Spot-Locking us on fish — both things I normally do in a more relaxed manner at dockside.

Long story short, we were able to find actively feeding fish on flats of various depths from our first cast until around 10:15 when the nice grey cloud cover broke a bit and allowed some direct sun on the water.  The fishing faltered a bit at that time, but, we got in almost another productive hour of fishing from 11:15 to 12:15 once the skies darkened again and the southerly winds continued.

All of our fish caught on the flats were taken “chunking and winding” bladebaits.  The fish we caught from 11:15 to 12:15 were congregated on a breakline and were much less aggressive.  We used both slabs and Gulp! 3″ Minnows on jigheads to tempt these more reluctant fish.

We took 51 fish on the flats before the sun interrupted us, then took a final 10 fish on the breakline before they shut down for the morning.

Sky Conditions: Grey overcast with light mist prior to sunrise, continued grey skies through 10:15, then partly cloudy, then a return to full grey by 11:15A thru trip’s end 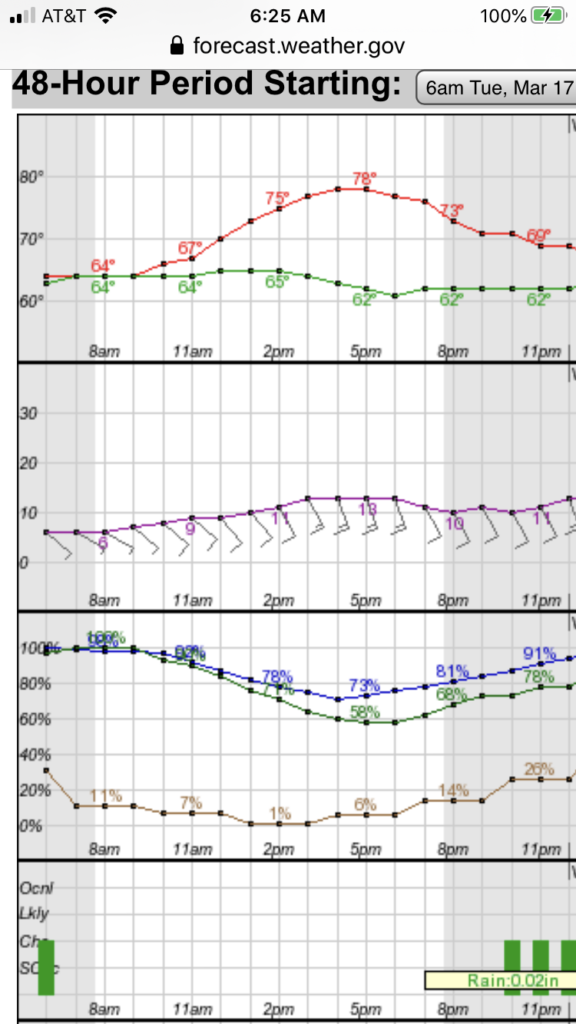