WHO I FISHED WITH:  This morning, Wednesday, 18 March 2020, I fished with a crew of 5 experienced anglers including trip organizer David Vahrenkamp, two colleagues of his from Bates Nissan — Clay O’Dell and Mike Farris, as well as Clay’s brother, Robin O’Dell, and Robin’s adult son, Tyler O’Dell.

With weather today forecast to be nearly identical to yesterday’s weather, I chose to head to Stillhouse for the quality white bass fishing it has been producing. 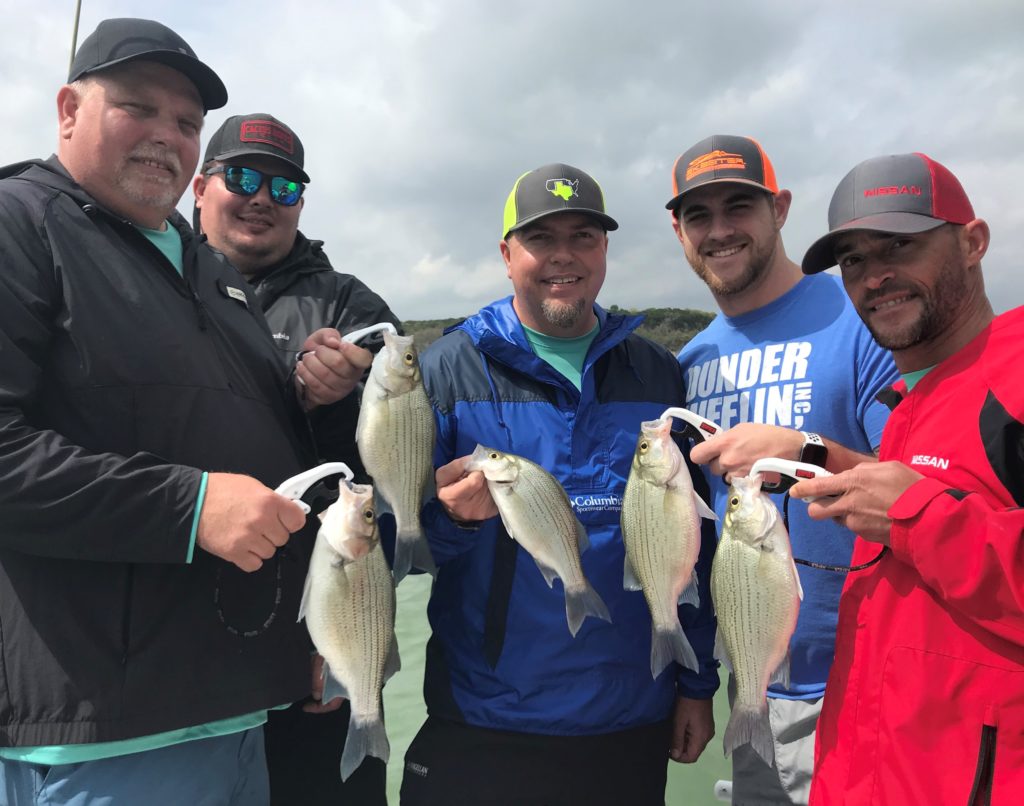 PHOTO CAPTION: From left: Robin, Tyler, and Clay O’Dell, David Vahrenkamp, and Mike Farris, each with mature white bass caught and released this morning from Stillhouse Hollow on bladebaits.

HOW WE FISHED:  These five guys all arrived early and ready to fish — heck, Mike even showed up before my own traditional 30-minutes-pre-trip arrival time!  Once we got handles on the correct side of the spinning reels for everyone, I went over safety stuff and the tactics we’d use as we fished bladebaits for white bass.  We prayed for our nation’s leaders in dealing with the Coronavirus, then we were off to catch fish.

Helpful bird activity led us to our first fish of the morning — a catch of 21 fish at our first stop on a mid-depth flat in about 31 feet of water.

After the birds gave up here, we were on our own to find fish without bird assistance.  I really think the lake’s population of gulls got so used to feeding in a handful of reliable areas all winter, that they are now having to re-figure things out with the water warming and the action moving shallower, hence, they are scattered more than just a few days ago.

We found fish at two more areas, both giving up 1, 2, and 3 year class fish.  100% of my crew’s fish were taken on horizontally worked bladebaits today.  Once the fish up shallow quit biting around 11:05, we were hard-pressed for anymore options.  Every deepwater haunt I searched had only scant bait, if that.  Although we kept looking and tried a few locations, we landed only 1 drum after that 11:05 stoppage.  It was at that time that the first direct sun of the day broke through the clouds and, within the span of 20 minutes, we experienced bright sun, dark clouds, blue skies, grey skies, light rain, a cool breeze, and a return to overcast, balmy conditions as a small “patch” of weather moved through.

The Cicada has been hard to beat these past several mornings worked in a “lift-drop” fashion.  A number of time during the morning the fellows commented on how jolting the strikes were when they came.  I really love these baits because, due to their shape, they very rarely hook fish in anything other than the lip.

As fish move shallower, my dependence on side-imaging gets greater and greater.  Seeing organized packs of white bass patrolling an area in high numbers out beyond the “spook radius” of the outboard is a big deal, and is reason to stop and fish.

Sky Conditions: Grey overcast all morning with brief breaks from 11 to Noon 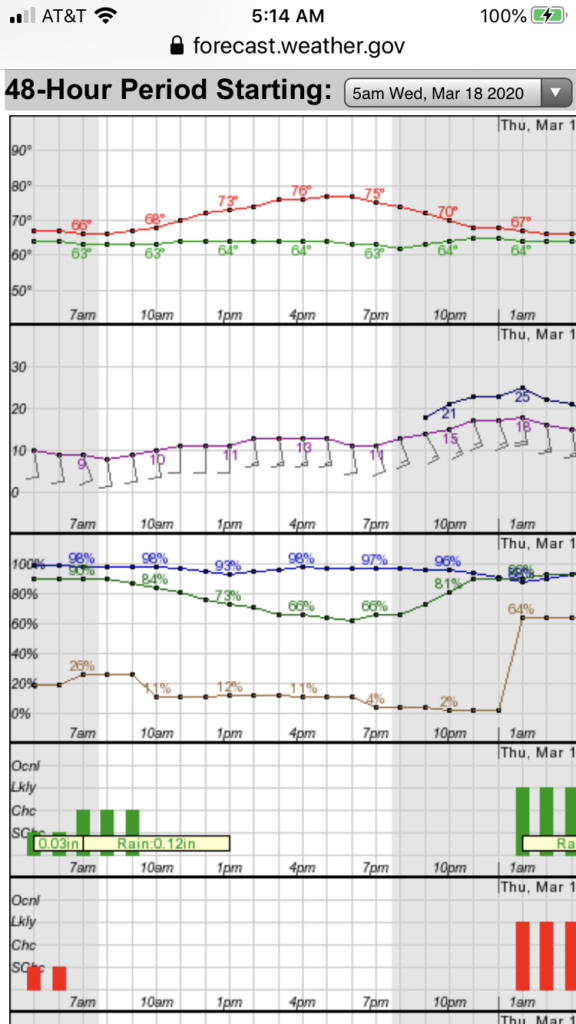