WHO I FISHED WITH:   This morning, Saturday, 02 May, I conducted the 5th Soldiers’ Kids Involved in Fishing Fun (SKIFF) trip of the 2020 season.  Prior to the Coronavirus outbreak, I had this family on my SKIFF list, scheduled for Saturday, April 11th.  The  boys, Matthew and Caleb  were separated from their dad, Ryan, as he was on a temporary duty (TDY) assignment away from Fort Hood.  Because Ryan’s assignment had concluded by this time, he was able to join his sons on the water. 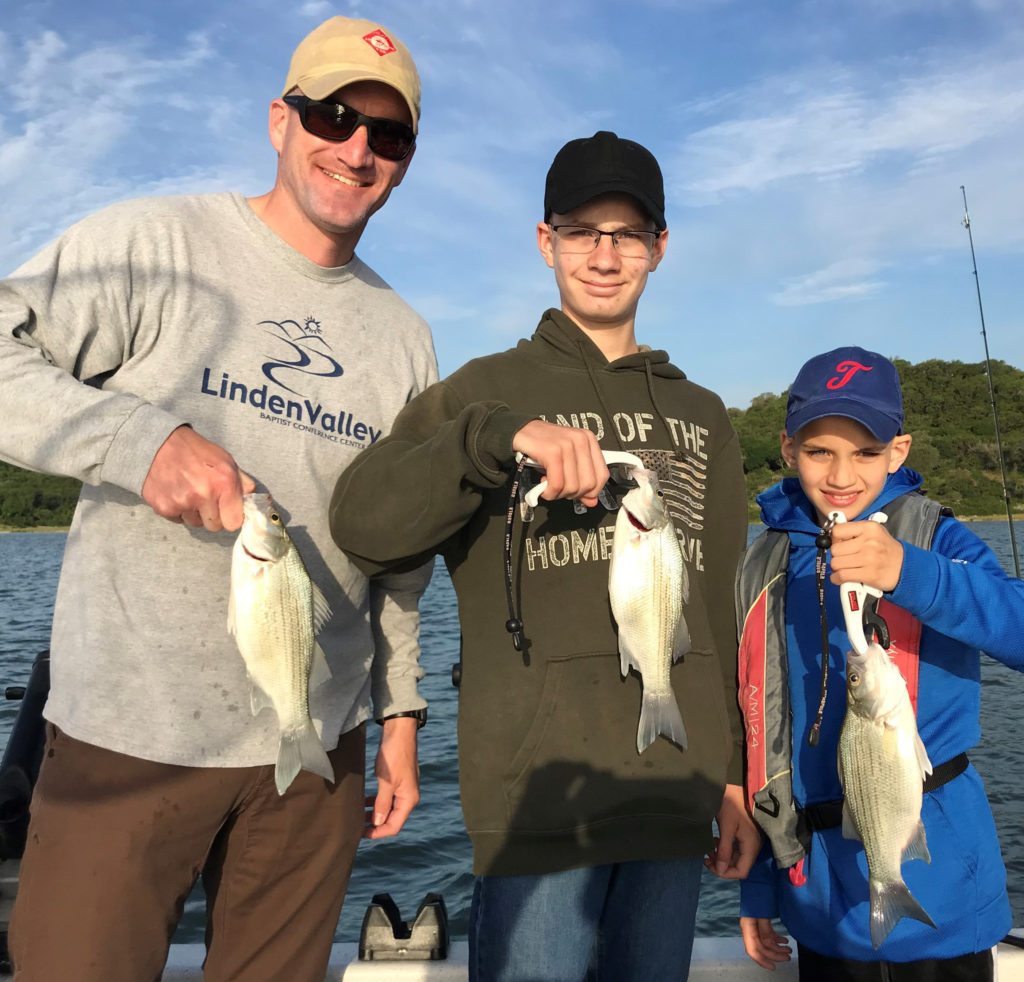 PHOTO CAPTION:  From left, Ryan, Matthew, and Caleb with a sampling of their catch of 100 fish, which included 97 white bass and 3 freshwater drum.

HOW WE FISHED:  Fortunately, the weather cooperated this morning, complete with a stiff southerly breeze which kept some anglers home and other anglers off of the open water so the zoo-like weekend conditions often encountered on Belton did not materialize this morning.

Because I continued to scout baitfish and gamefish locations on my own during the shutdown, I was able to keep up with the movement and locations of both, and was able to put the fellows on fish from start to finish.

We fished 4 locations, all in deep, clear water, and found very willing white bass congregated in large schools at each.  Using my white, ¾ oz. Hazy Eye Slabs with stinger hooks attached, we fished vertically while the boat was held still by the Spot-Lock feature on my trolling motor.

Using the smoking tactic, we got the fish excited and kept them that way for an extended period at each of the places at which we stopped.

We began our trip at 7AM, and by 10AM had amassed a catch of 88 fish.  Based on what I saw on sonar, I felt we still had a shot at hitting 100 fish, even though by this time the morning bite was definitely waning.

At this point, I changed up a bit (primarily to offer Caleb a bit of variety), and introduced the fellows to downrigging.   Our first pass over a group of white bass holding near bottom in 40 feet of water yielded a triple – one fish on each of the 3 lures on the 3-armed umbrella rig we were downrigging with.

We stopped atop these fish and worked them until we landed our 100th fish right at 10:30AM. 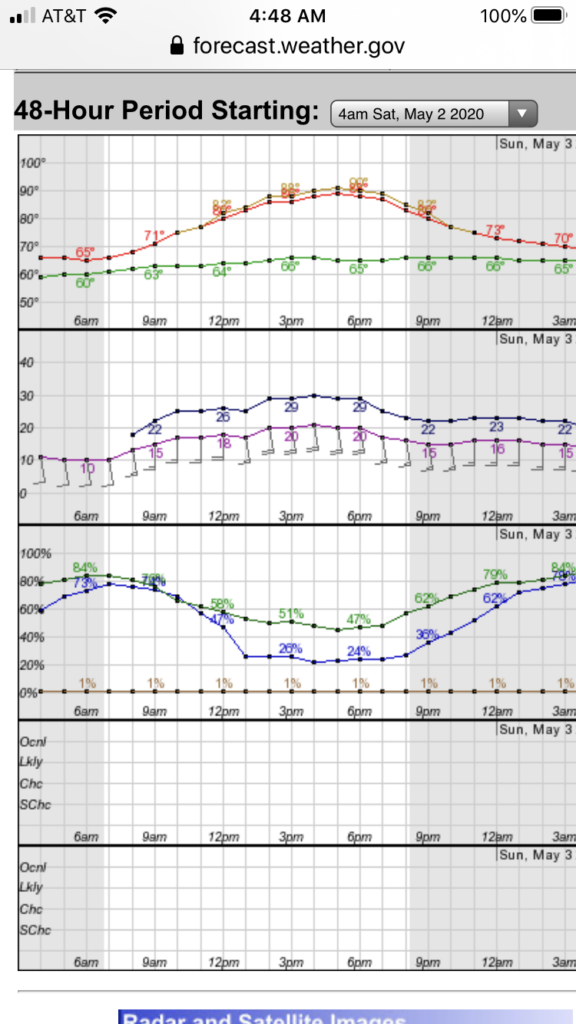 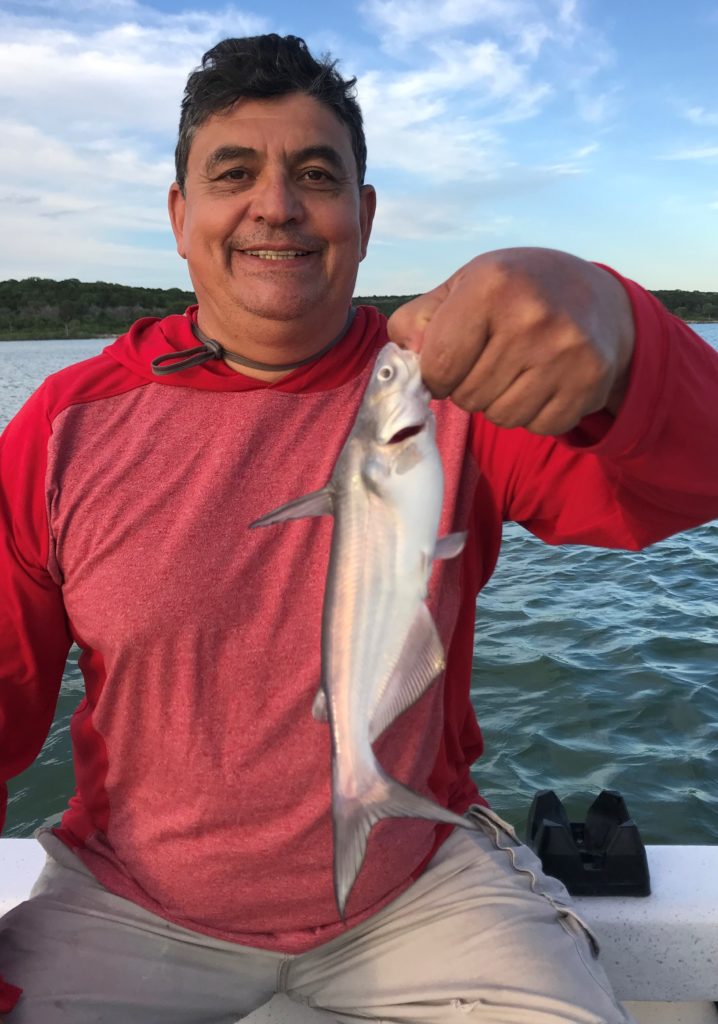 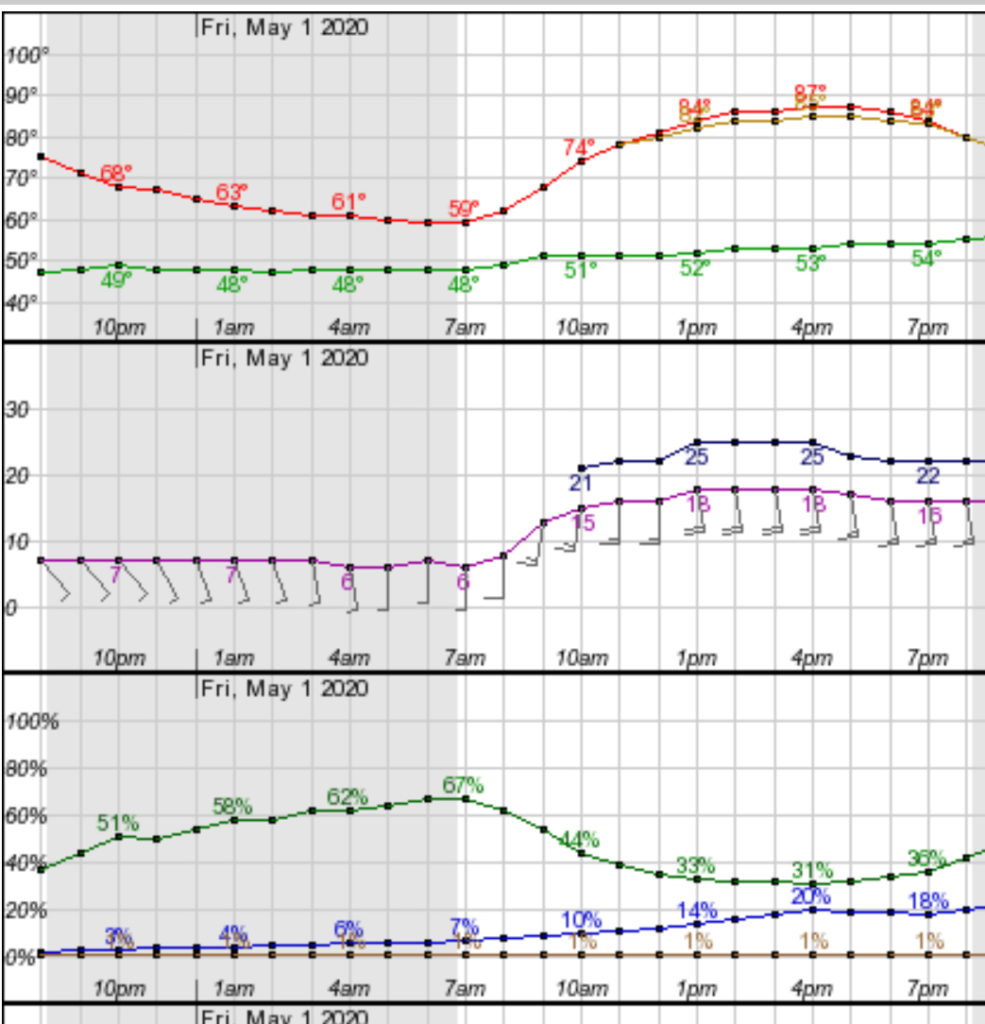