WHO I FISHED WITH:  This morning, Monday, May 4th, I fished with returning guests Glen Wagoner and David Burke, accompanied by their friend, Steve Pennington, who fished with me for the first time today. This morning, our efforts were focused on hybrid striped bass on Lake Belton.

David is a U.S. Navy veteran.  Back in the day, he was a shipboard helicopter refueler.  He went on to become a counselor after the military.  Glen manages an estate in the DFW area, and Steve owns his own business, Wind Deflector, producing wind blocking devices for high-end convertible automobiles. 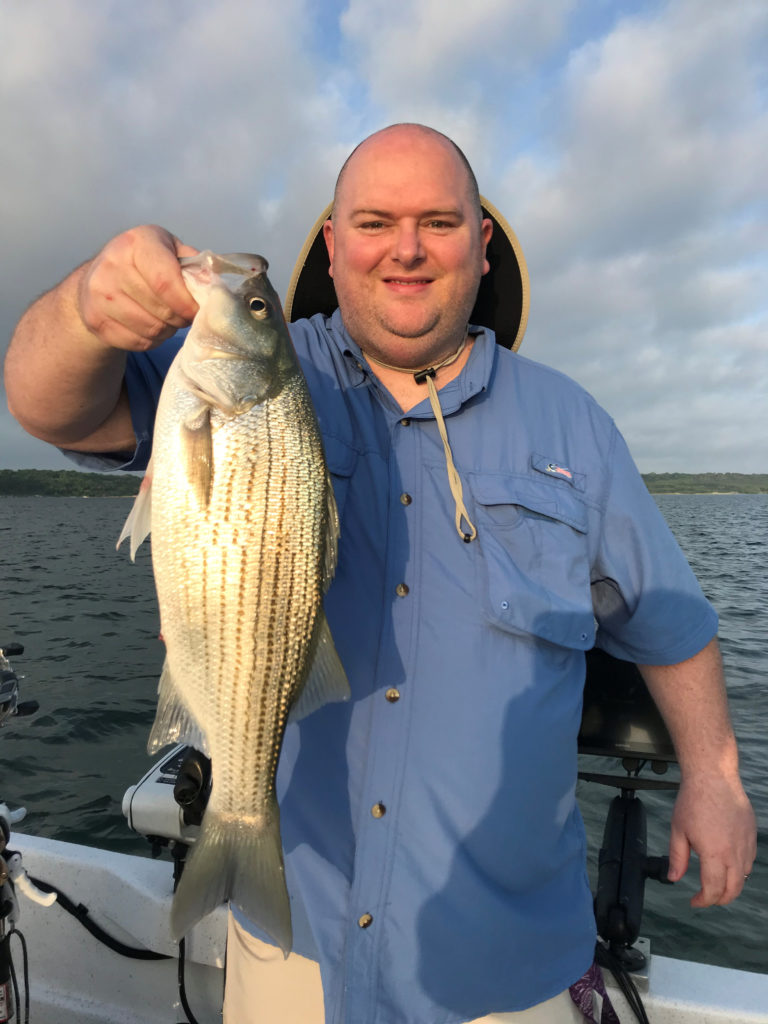 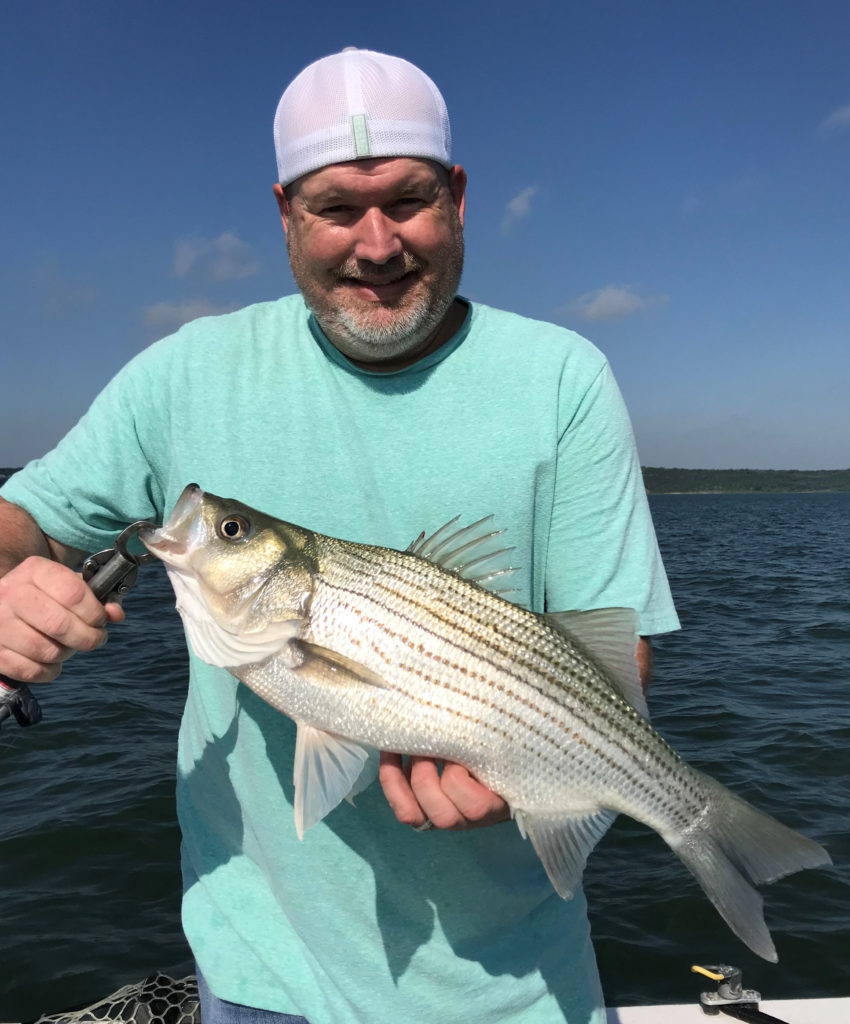 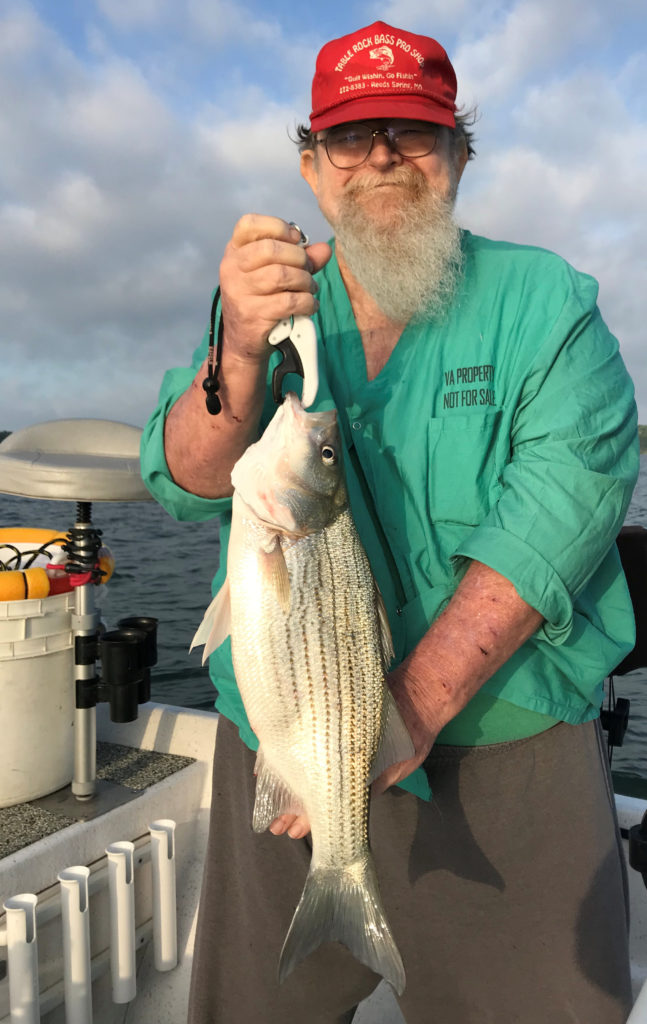 HOW WE FISHED: Today was the third day of southerly wind which had me expecting good things, and we were not disappointed.  The bait-catching was easy and so was the fishing.

We went to exactly one area and fished it for 4 hours, catching fish continuously through 10:30 with a slowdown thereafter.

As is my custom during the threadfin shad spawn (which is running at peak condition right now), we used live threadfin shad as bait fished on multiple downlines in the lower third of the water column to tempt the hybrid stripers we landed.

We once again used a combination of live and cut bait.  The live bait slightly outperformed the cut bait for hybrid.  The cut bait also caught its fair share of hybrid, as well as other species, which kept the action going and made the morning engaging.

For the 3rd consecutive trip, the action tapered sharply around 10:30.

We landed 62 fish in total, of which 32 were legal hybrid striped bass up to 5.75 pound, in addition, we landed 1 short hybrid, 2 drum, 1 flathead catfish, 1 channel catfish, and a mixture of 25 white bass and blue catfish.

As the action peaked around 9:15, it was all we could do to keep 3 livebait rods and 3 cutbait rods in the water.  Glen actually cut back to 1 rod for a spell because the fish had him running around missing fishing on one rod while he was trying to lower his presentation on the other.  Somewhere in the frenzy, David yells, “I need help.  I got my Cheetos in one hand and a hybrid in the other.”  If I recall correctly, Glen took the rod with the fish on it, leaving David with Cheetos — hey, what are friends for?

OBSERVATIONS: Found spawning shad at SHAD014, as well as Area 011 – with “one and done” quantities present at both. 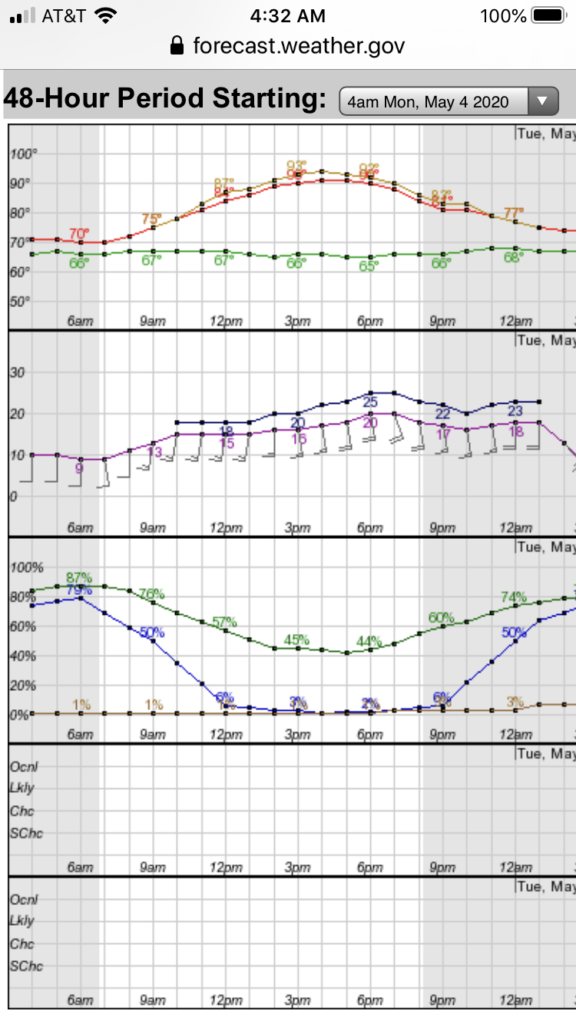