WHO I FISHED WITH:  This past Wednesday afternoon, May 6th, I fished with Mr. Cliff Brown of Texas Boat World and three of his grandkids — brothers Isaiah (age 13) and Caleb (age 5) who live locally, and Kinsley (age 12) who is in for a visit from her home in West Virginia.

Although it is peak season for hybrid striped bass, I feel these fish are not a good choice for kids’ trips because hybrid fishing with bait can involve a good bit of waiting with little more to do than watch a rod tip, and, once a hookup does occur, younger kids can get overpowered by these fish, getting lines tangled in other lines, in the trolling motor, in the outboard’s lower unit, etc.  So, we opted to hunt for white bass this evening and, thanks to conducive conditions, we did very well, keeping the kids engaged from start to finish for over 3.5 hours. 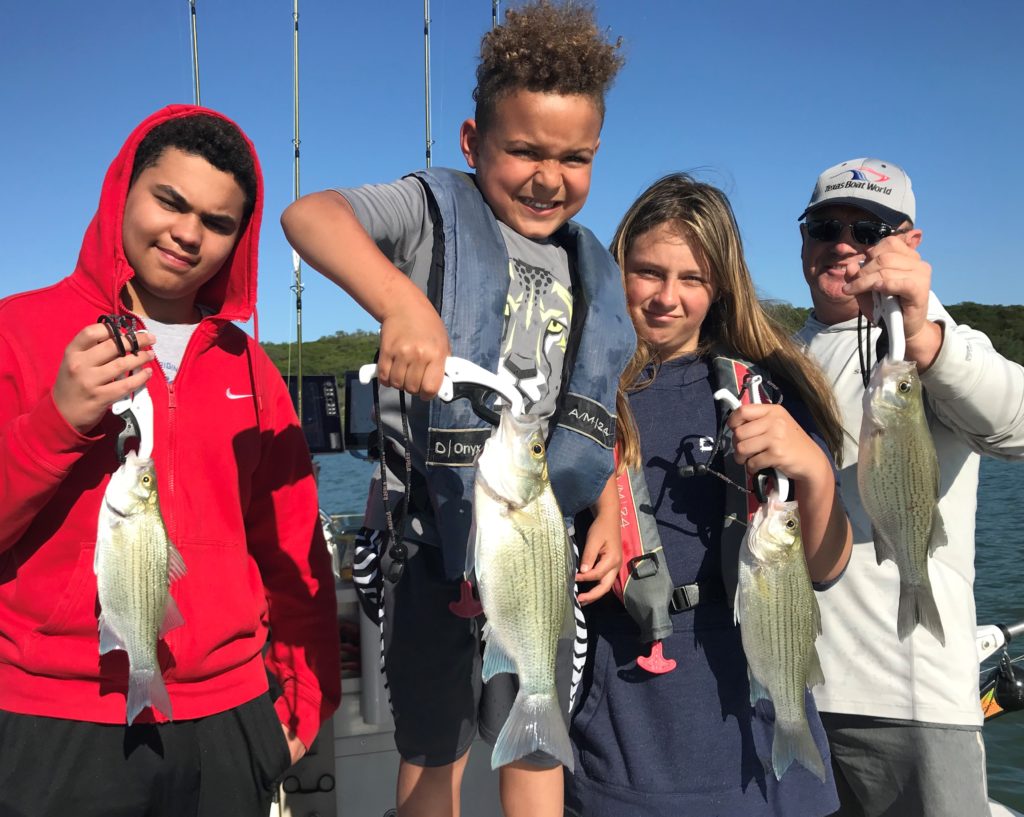 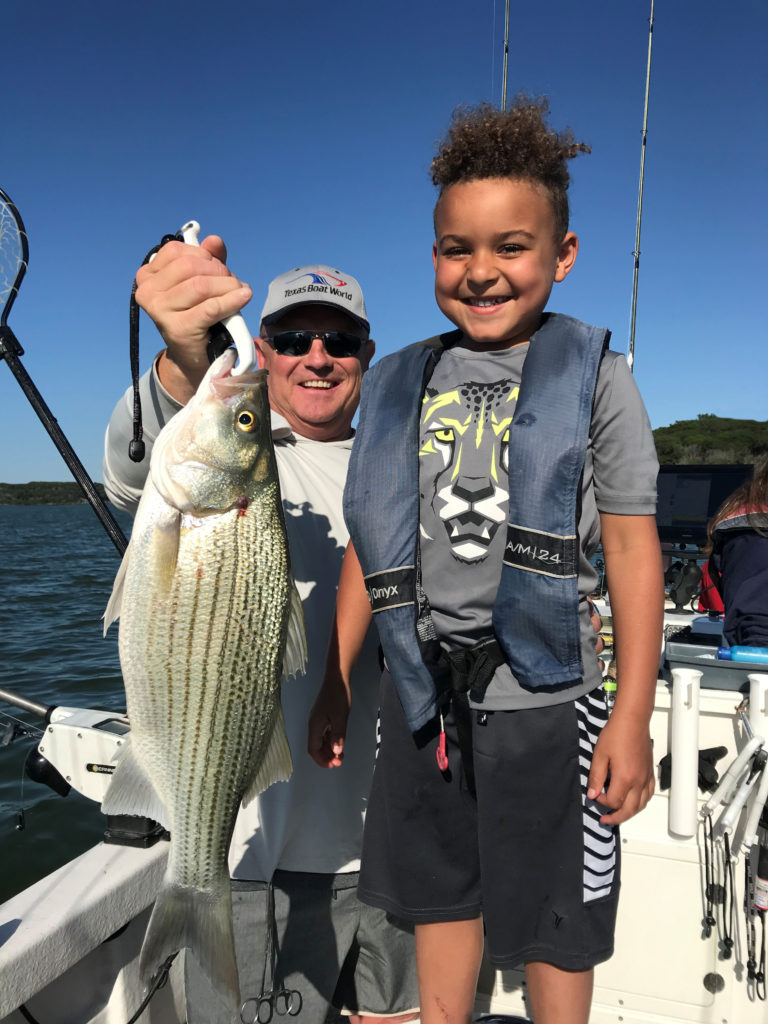 PHOTO CAPTION:  Although our target species was white bass, we took 1 legal hybrid and several short hybrid, as well.  Here, with his Poppy’s help, Caleb shows off our largest fish of the trip which was half as big as he is.

HOW WE FISHED: Locating solid groups of feeding fish with sonar, fishing aggressively, and moving once the feeding action began to lessen was the key to success this evening.  The fish were feeding in overdrive, hence, a “smoking” tactic using my 3/4 oz., white Hazy Eye slabs with stingers attached did the trick.

I stood between Kinsley and Caleb and took their fish off while Cliff did the same for Isaiah, and we kept baits in the water as best we could.

With a 5-year-old on board, I knew long pauses in the action would not go well, so, whenever action waned even just a bit, we cranked up and moved.

Fish were found on the bottom through around 7p, then, as the light began to dim, they moved up in the water column to about 15′ below the surface with occasional break-aways chasing shad all the way to the surface.  This, in turn attracted laughing gulls, making fish location simple.

This was definitely a “catching trip”, not a fishing trip.

OBSERVATIONS: As sunset neared, helpful laughing gull activity pointed out the location of active, suspended schools of white bass forcing shad to the surface.  Occasionally a glimpse of the gamefish was seen; these fish were feeding near the surface, but not on the surface. 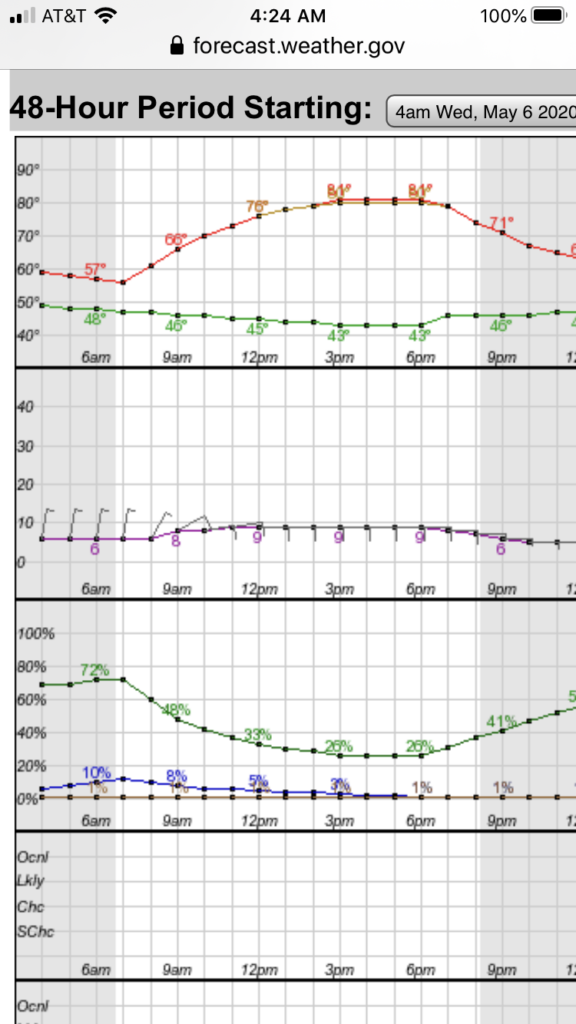