WHO I FISHED WITH:  This morning, Saturday, May 9th, I fished with Mr. Dan Nichols, who very capably helped me help my three young anglers do quite well as we worked Lake Belton for white bass.  Joining us was Dan’s son, Preston Nichols, and two of Preston’s buddies — Jasper Arnold, and Taylor Krause.  All three are 10 years of age, and all three reside in Liberty Hill, TX.

Dan shared that given a choice between getting Christmas gifts or going on a guided fishing trip, Preston chose fishing, and today’s trip was the fruit of that choice. 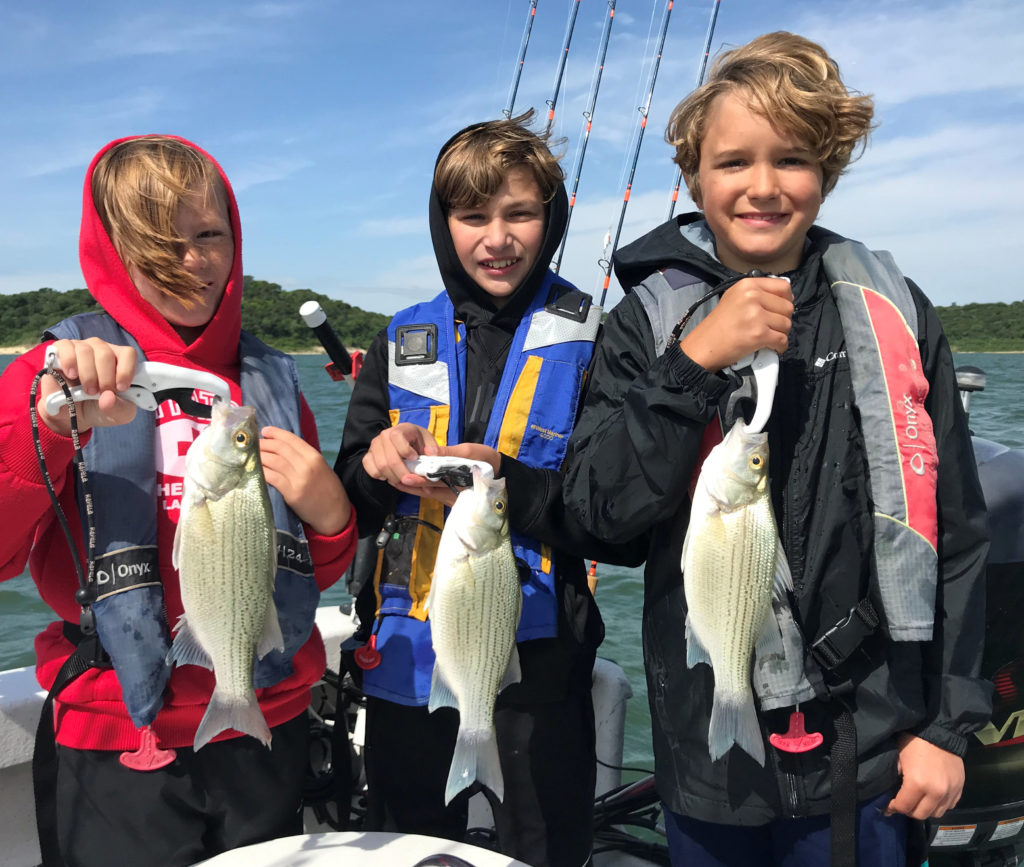 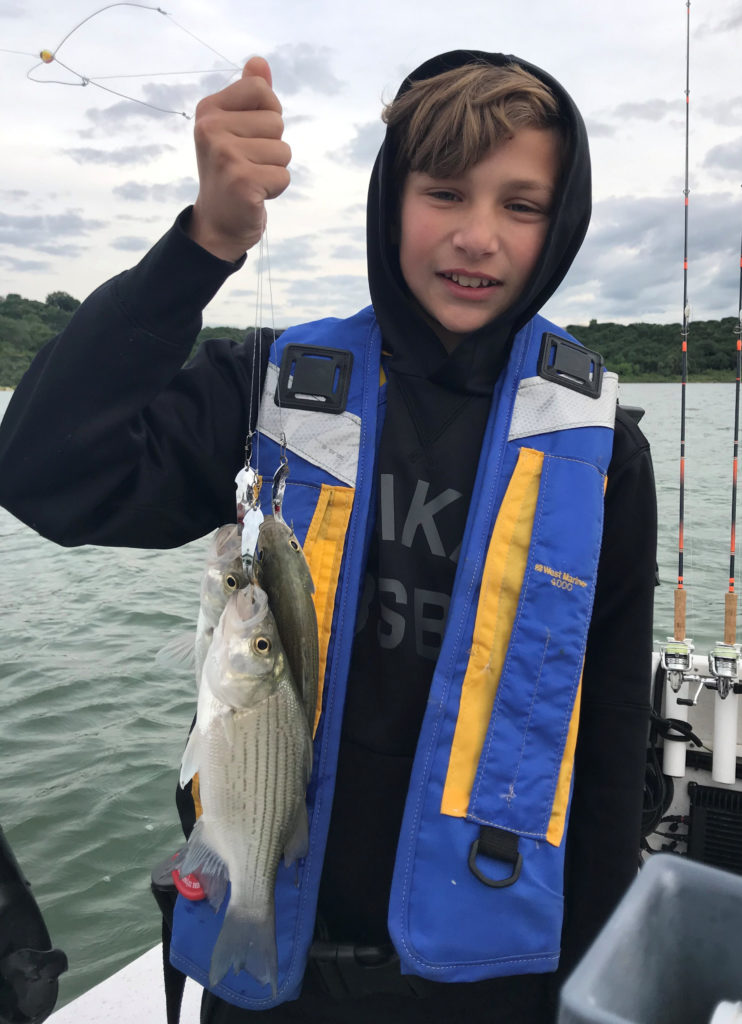 PHOTO CAPTION:  Triples like this one landed by Jasper while we downrigged on the outskirts of a massive school of threadfin shad were not uncommon.  The boys landed multiple doubles and triples this morning.

HOW WE FISHED:  Even though this was not a hybrid striped bass trip and therefore did not require that I catch live bait, I still got out on the water early enough to observe where multiple shad spawning locations were so as to return when bait is required on hybrid-specific trips in the days and weeks to come.

One area, the area I took the boys to to begin our day, was as full of spawning shad as I believe I’ve ever seen on Lake Belton.  Not only were the shad in the shallows “running the bank” from around 6:05 to beyond 7:15, the shad were nearly 3 feet thick all the way out to the 22 foot mark over an area about as long as a football field.

The bait was so abundant, we had difficulty convincing the gamefish which were present to pay attention to our lures. Eventually, I actually gave up briefly on using slabs and we re-rigged to fish with downriggers in order to quickly cover ground, and fish around the perimeter of this large mass of bait.  This was the ticket, as we began to immediately pick up singles, doubles, and multiple triples on the 3-armed umbrella rigs we ran near bottom, each equipped with Pet Spoons.

When the bait moved on out to deeper water, the bite died and we settled into a more traditional approach going into deep water, searching out congregations of fish holding on or near bottom, and fishing them vertically with slabs used in a “smoking” tactic.

Every fish we took in this manner was taken on a 3/4 oz. white Hazy Eye Slab with stinger hook.  I make and sell these myself here:  SLABS

The harder the ESE wind blew, the more fired up the white bass got.  Our efforts were also definitely aided by a nice layer of grey clouds through 10:25.

We landed our 100th fish at exactly 10:05, then put another 26 fish in the boat in the next 25 minutes, then called it a day as soon as the bite let up, which coincided with the breaking of the direct sun through the clouds for the first time all morning. 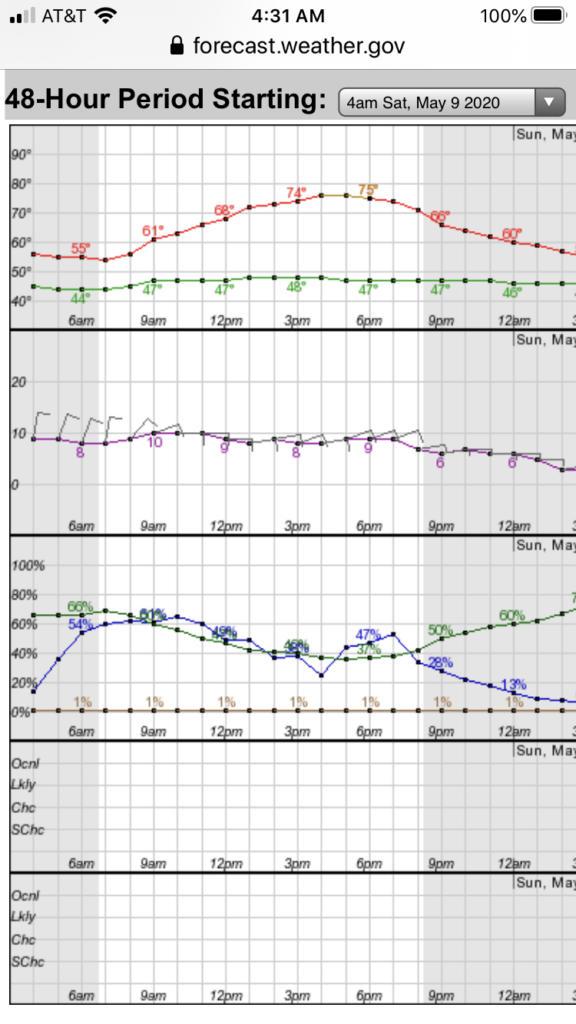