WHO I FISHED WITH:  This morning, Thursday, May 14th, I fished with P.J. Condit and Reggie Walker.  PJ serves as the pastor of Community Christian Church in Round Rock where Reggie and his family attend.  Reggie is, literally, a professional computer hacker.  He works for corporations by hacking into their systems in order to find and then fix weaknesses in those systems’ defenses.

We originally had this trip scheduled for late March when Gov. Abbott ordered all non-essential Texas businesses closed. 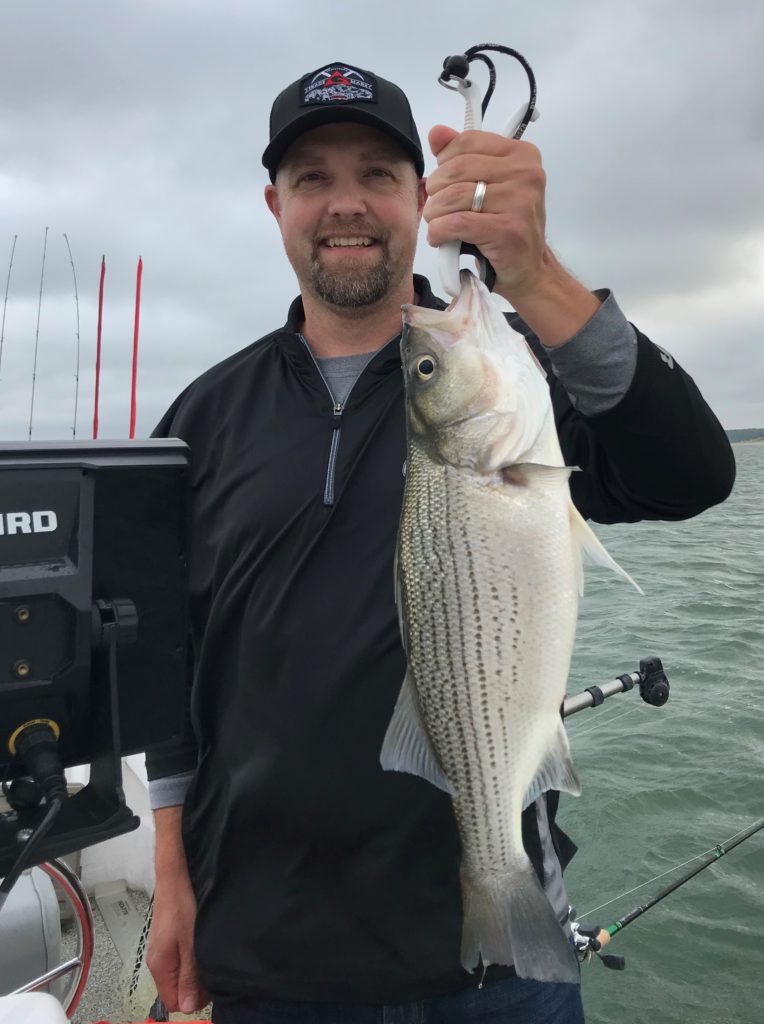 PHOTO CAPTION:   Pastor P.J. Condit with a low-light hybrid striped bass we took during a short stint of bait fishing right off the bat this morning. 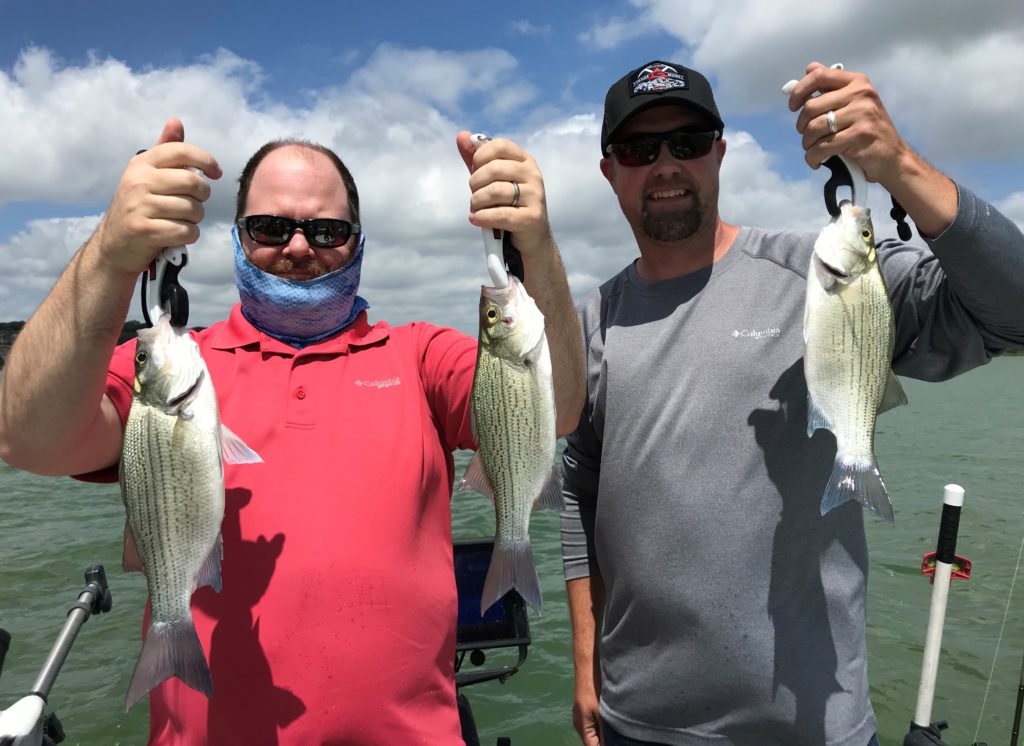 PHOTO CAPTION:  Reggie Walker and PJ with a few of the larger white bass we landed out of a large, deep school of suspended white bass.

HOW WE FISHED:  Fishing was once again very tough for the first 2.25 hours this morning as this morning’s conditions mirrored yesterday’s same tough conditions during that time, with a murky, grey sky, a cool, damp feeling to the SE wind, and wind speed just shy of creating whitecaps.

As a little icing on the cake for their patience, I wanted to try to get a few hybrid during the low light period just as we began around 7AM.  I found a few fish along a breakline, got set up over them, and wound up putting 1 blue cat and 2 white bass in the boat before our first hybrid came along.  After we landed that one, the sonar screen went clear and the hybrid bite at that location was over.

We looked around at a number of areas through 9:15, catching only 1 more white bass and 1 small largemouth during that time.

Finally, around 9:20, I spotted a school of white bass feeding on the surface in open water over a 62′ bottom.  I motored to the area, slowed way down, looked intensively with sonar, and found a 5-foot thick band of white bass holding between 35 and 40 feet over that deeper bottom.

These fish were suspended above a colored layer which clearly showed on sonar.  I don’t know if it was a thermal break, settled silt, or something else, but it was visible and the fish would not venture below it.

I used the Minn Kota Ulterra’s Spot-Lock function to hold us over these fish, got baits down, put some chum down, got the thumper working, and we worked that school of fish for 2 hours and 20 minutes, landing 68 fish from out of it, all using my 3/4 oz. Hazy Eye Slabs with stinger hooks attached, in combination with Garmin LiveScope.

Reggie already was very enthused about the Garmin LiveScope before I even turned it on, and asked if we might use it earlier in the morning as we bait fished.  So, it was fortuitous that we were able to put the technology to use in a real-world application for such a lengthy period of time for someone who was so interested in it.

By 11:40, the fish had had enough and, try as I might to keep them congregated beneath us, they dissipated and our morning was over within minutes of when the fish quit yesterday.  In all, we landed 74 fish including 1 hybrid striper, 1 largemouth, 3 blue catfish, and 69 white bass.

Sky Conditions: 100% grey skies through 9:15A, then slowly brightening and clearing 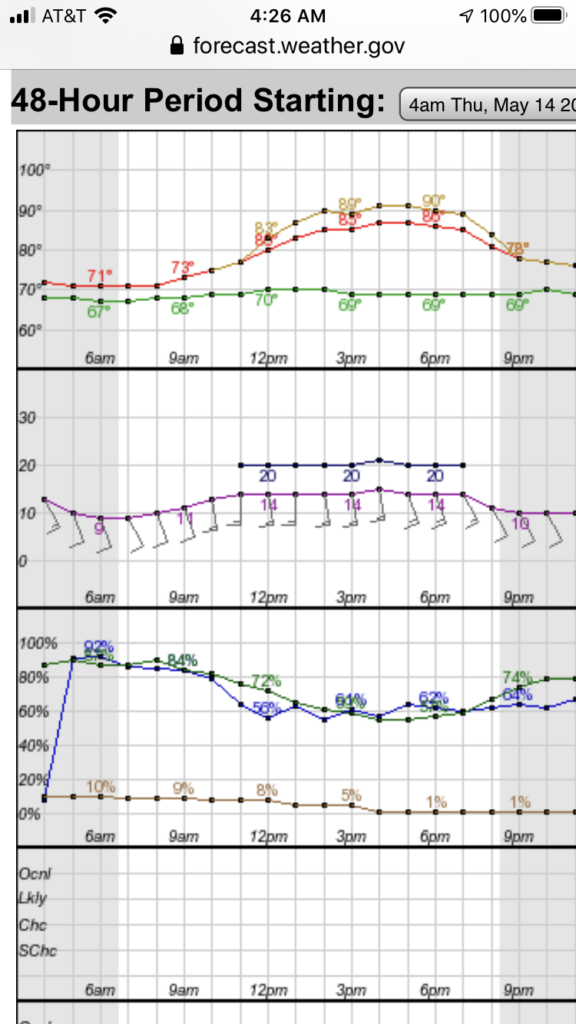