WHO I FISHED WITH:  This past  Wednesday morning I welcomed returning guests Jim Wood and his grandkids, Charlotte and Jack Bailey, along with the kids’ dad, Jack Bailey, who came aboard for the first time.  Jim is a retired physician residing in McGregor, TX, and Jack and his family reside in Colleyville, TX, where Jack works in the insurance industry.

Like most kids in the US, Charlotte and Jack left school on Spring Break and never returned.  They’ve been doing online learning (yes, actually doing it, as their mom is also their principal!!). 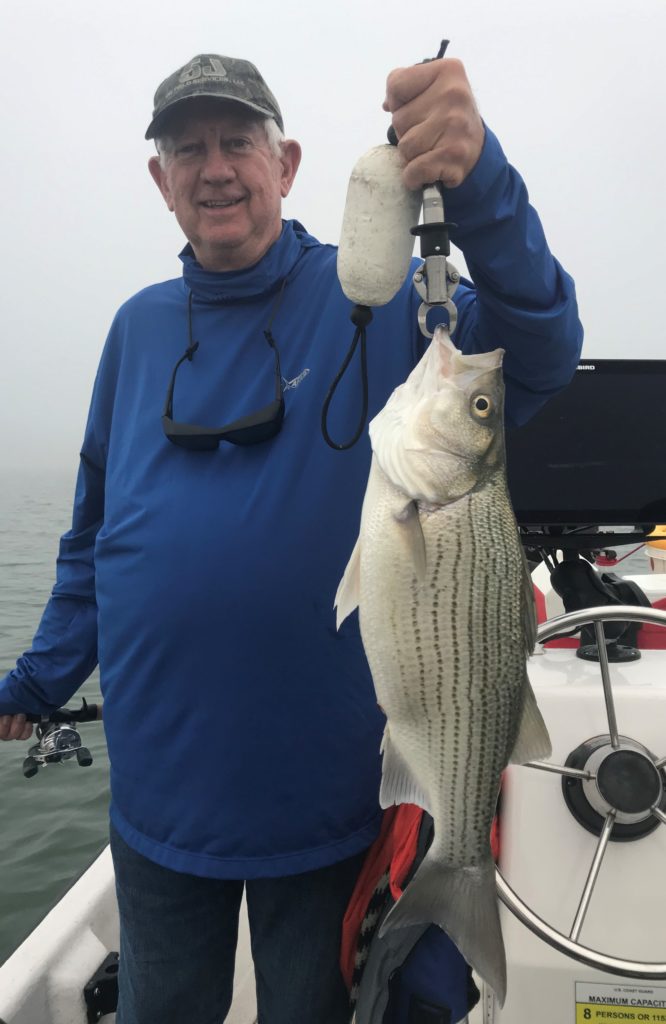 PHOTO CAPTION:  Dr. Jim Wood with a 5.75 pound hybrid — our largest of the trip — taken on live shad under an unusual warm-weather morning fog. 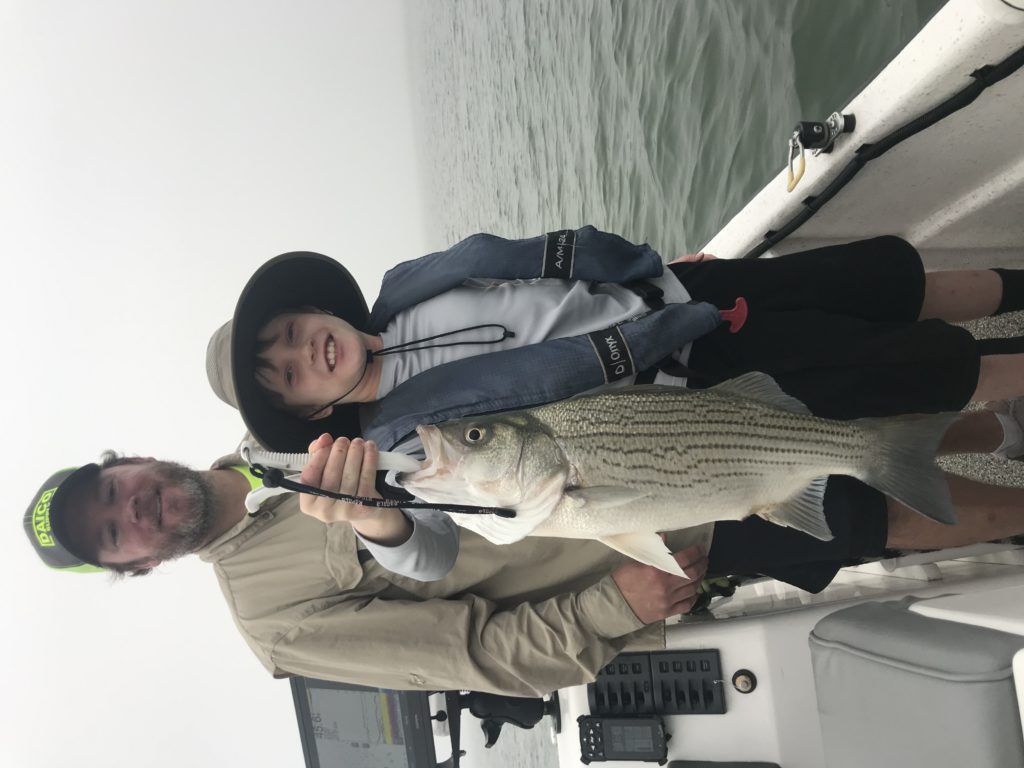 PHOTO CAPTION:That’s young Jack Bailey with a hybrid of his own. 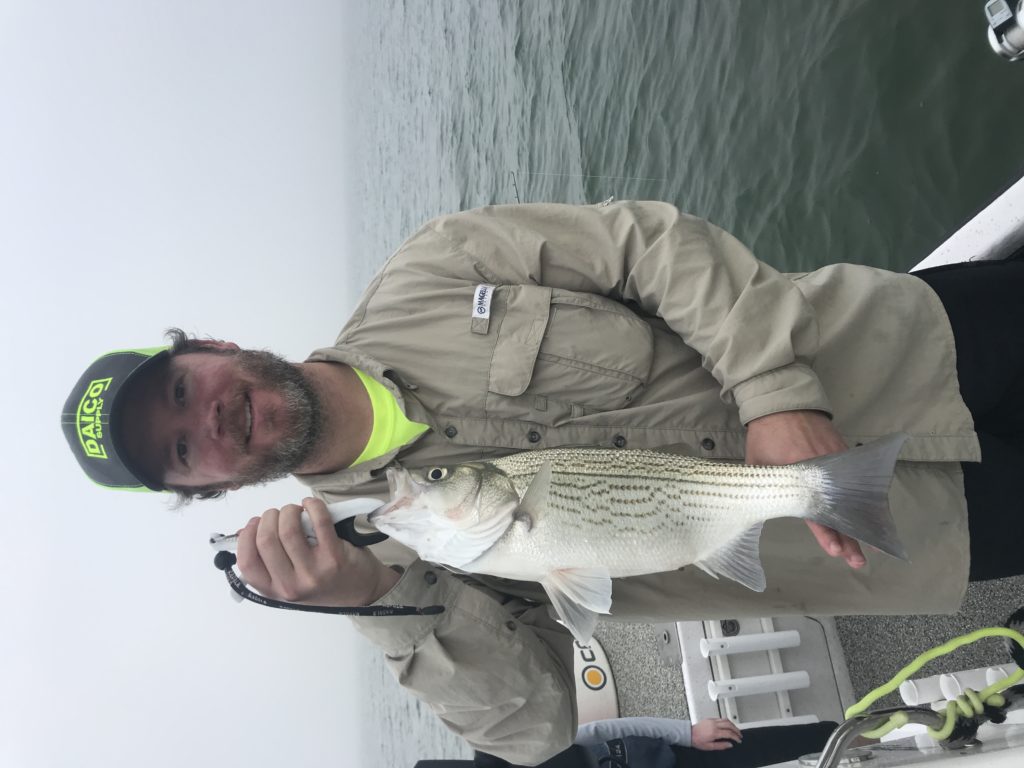 PHOTO CAPTION:  Jack Bailey of Colleyville landed this 19-incher on a rather large, 5-inch threadfin shad. 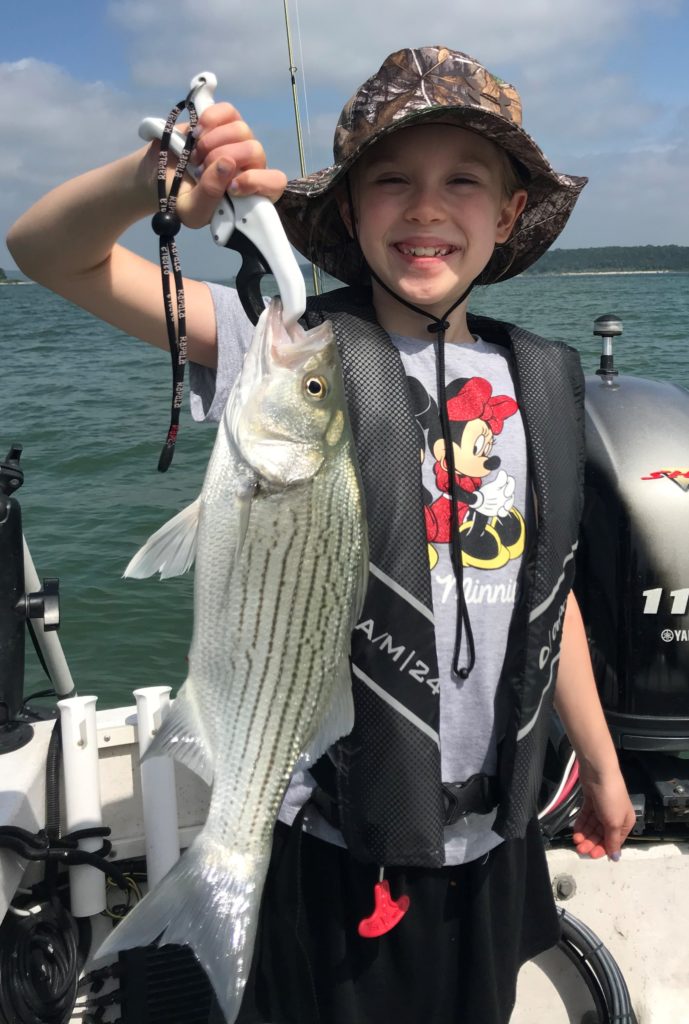 PHOTO CAPTION: Charlotte Bailey preferred catching her Lake Belton hybrid as the sun shone.  As skies cleared and the wind increased, the white bass bite picked up and the hybrid bite died down.

HOW WE FISHED:    When Jim originally booked this date back in February, he did so to secure a date within the peak season for hybrid striped bass, not yet knowing who might accompany him.  When his fishing buddies turned out to be his elementary-aged grandkids, I suggested we shoot for the hybrid right off the bat while the kids were fresh and the hybrid were doing their low-light feed earlier in the morning, then switch our focus to the better action white bass provide once the kids’ attention span for watching baited rods wore thin.  Jim and the kids’ father agreed this would be a wise approach, so, that’s the direction we headed.

During our time on the water, we went on to land 7 legal hybrid striped bass among the 76 fish we brought aboard.  6 of these came in the first 90 minutes of the trip as an unusual, warm fog obscured visibility.  All but Charlotte landed a hybrid during this time.

Later, as we stalked white bass, Charlotte was finally able to bring a just-legal hybrid to net, so, everyone got to enjoy the tremendous pull of these power-packed fish.

We caught our first 6 legal hybrid on live shad.  We switched over to using 3/4 oz. slabs once we shifted our focus to white bass.

Charlotte had the final fish count (which I later verified) of her first trip out with me last July memorized.  It was 73.  The kids really wanted to beat that goal.  As we approached the 4-hour mark, it was clear that that goal was possible to obtain as the fishing improved as the skies brightened and the wind picked up.

When all was said and done, my four anglers landed a new personal best total of 76 fish.  All caught and released. 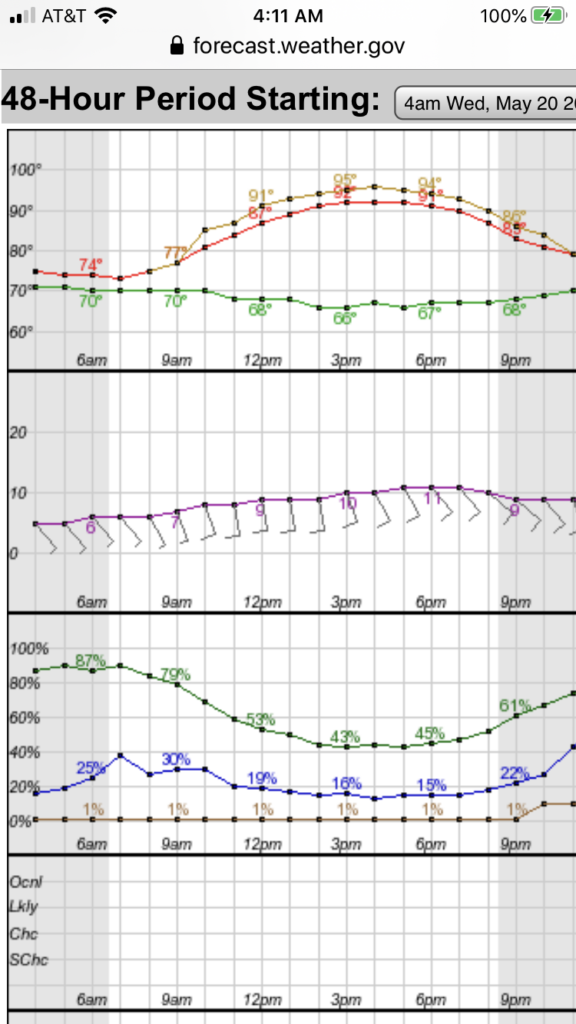