WHO I FISHED WITH:  This past Thursday morning I welcomed returning guests Clayton Bell and his brother-in-law, Gaines Smith, both of Florence, TX, aboard for a morning of fishing on Lake Belton.  Clayton is an artist and Gaines is an Air Force veteran who went on to retire from the construction trade.

Due to a childcare miscue, the gentleman who was supposed to accompany me this morning had to back out at the last minute, and Clayton was first on my standby list of those interested in a morning hybrid trip. 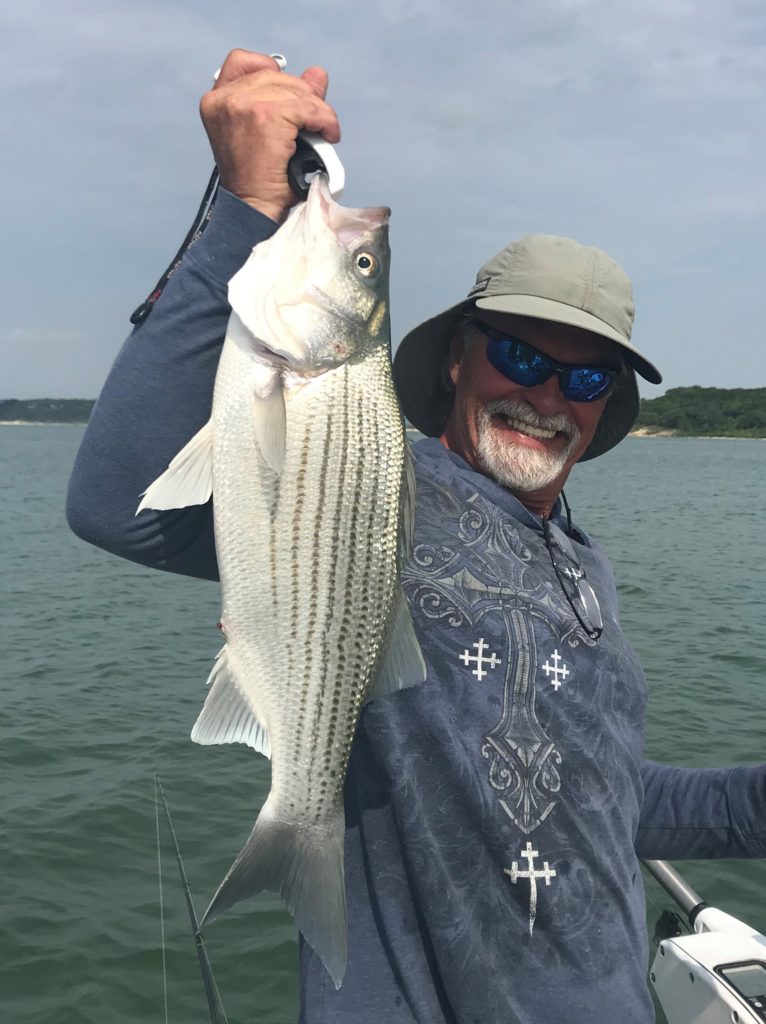 PHOTO CAPTION:  Clayton Bell took this nice hybrid striper after a slow start thanks to a funky NW breeze.  Once the winds turned southerly, it was game-on. 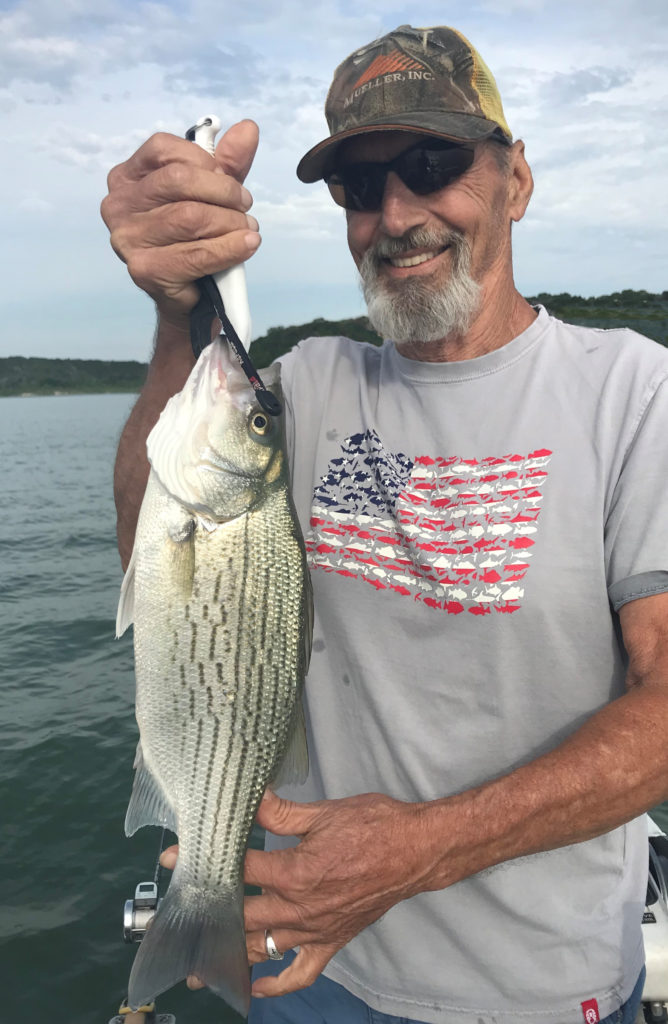 PHOTO CAPTION: This Lake Belton hybrid striped bass landed by Gaines Smith was our first of the morning.  It hit just as the wind was turning out of the south and east.

HOW WE FISHED: This was an odd morning.   As you can see from the cut-and-paste of the weather forecast I was looking at prior to the trip, the winds were due to be manageable from the SSE with abundant cloud cover.  Yet, for the first 2 hours this morning, the winds blew from the northwest.  I knew when I saw a number of “regular” retirees darting from place to place looking for fish that I was not the only one having a tough time.  We just sort of picked at them for these two hours, landing a few white bass on live shad, doing a lot of searching with sonar, and very little finding.

Finally, about 8:45, the winds swung in a matter of 20 minutes from NW through W, to S, then settled out of the SE, starting around 7mph, then building to around 14mph.

I headed us to the most wind-exposed areas I expected would hold fish at this time of year, and the catching then began.

Due to the tough, slow start, I extended our trip until the fish quit, which was around 12:30 versus the 10:45-ish time when things had been tapering off prior to this morning.

As the winds started blowing from the SE, we continued on with live shad, at first catching hybrid (8 legal fish in all), then switching over to fishing with artificials (Hazy Eye Slabs in white, 3/4 oz.) once the white bass moved in and began consuming live shad about as fast as I could put them on a hook.

We had agreed before departing the dock that we’d try to target higher numbers of white bass in the second half of the trip after giving it a go on the hybrid early on, so we made that break at this time.  Clayton, who traditionally fishes for largemouth bass with soft plastics had a very hard, reflexive hookset which did not serve him well in fishing with light spinning tackle, braided line, and fish which do not feed by vacuuming their prey but rather by overtaking it.  He did what many are unable to do — adjusted on the fly — and was quite successful from that point forward as we used a smoking tactic to target these white bass we found in the lower third of the water column.

By the close of the trip, Clayton and Gaines had landed 76 fish, of which 8 were legal hybrid striped bass.

OBSERVATIONS:   Abundant spawning shad and white bass topwater action this morning from at Area 438 to the developed shoreline

Wind Speed & Direction:  odd NW wind at 5-6 for about 2 hours, shifting to SE then picking up to SE12 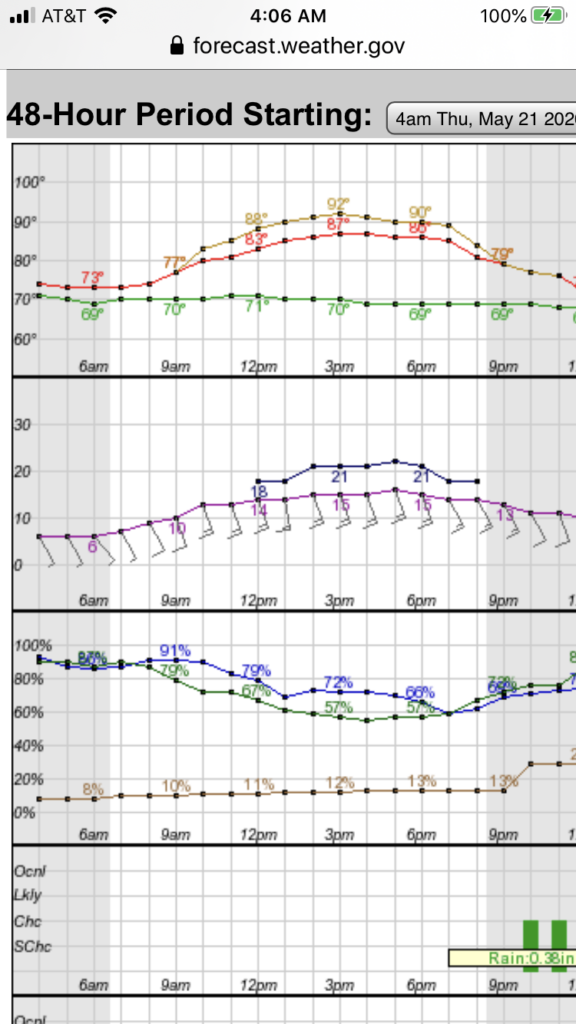