WHO I FISHED WITH:  This past Tuesday evening I fished with returning guest Frank Sumner of Killeen.  Frank brought as his guest Mr. Steve Arnold.  Steve leads the men’s ministry at their church and, on numerous occasions, taken Frank out on his own fish-and-ski style boat in pursuit of fish, primarily on Stillhouse Hollow.

As we got acquainted before beginning our trip, Steve shared about his desire to catch a hybrid striped bass — something he’d never experienced before. 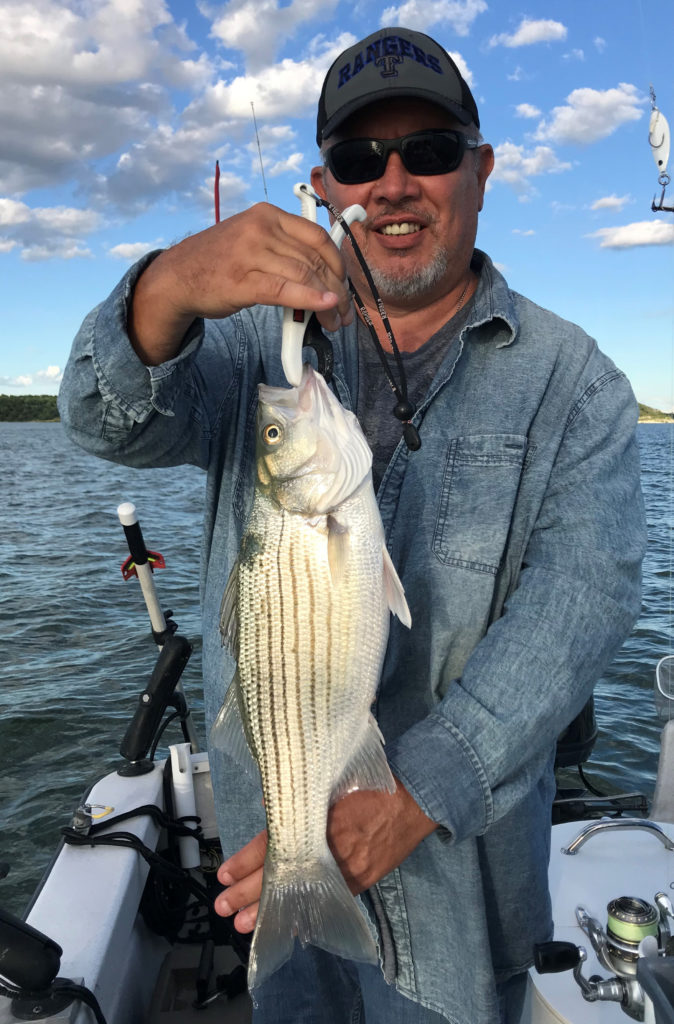 PHOTO CAPTION: Above, Steve Arnold with the first hybrid striped bass of his life. 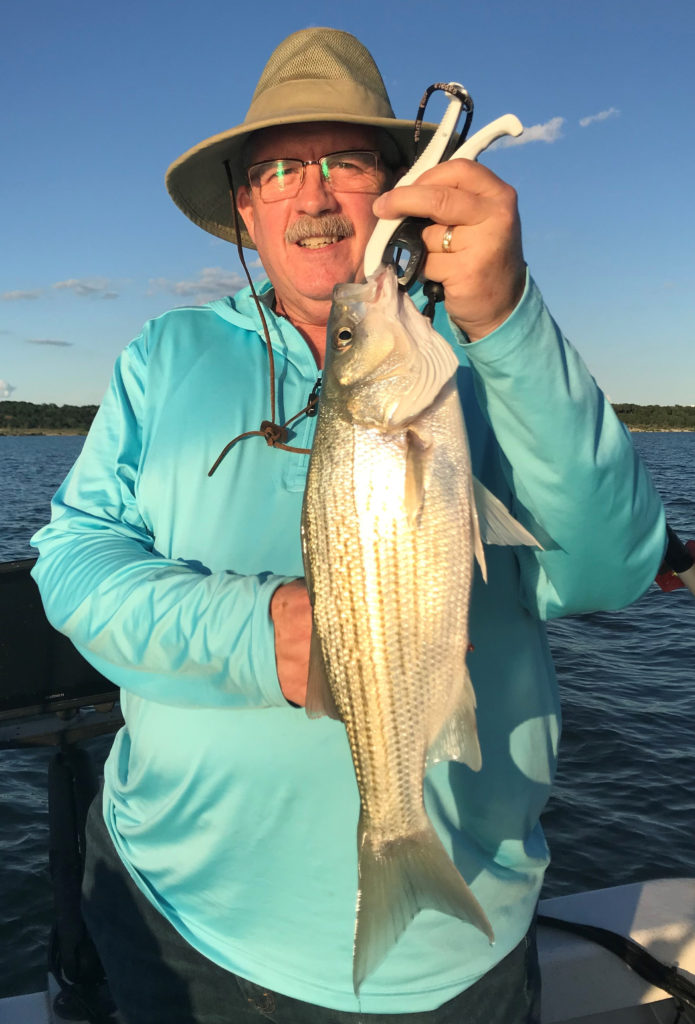 PHOTO CAPTION:  Steve’s fishing buddy, Frank Sumner of Killeen, with one of the 45 fish we landed last night.  Most of the action took place in the final 90 minutes of the evening.

HOW WE FISHED:  This afternoon the tough conditions of the late morning continued with bright, clearing skies, a NNW wind, and bright sun following turbulent weather which brought rain the night before.  We had a tough time finding active fish in our first two hours.  During that time we got on one pod of fish in about 42 feet of water which gave up a few white bass on both slabs and live bait, but, other than that, we did a lot of hopping around looking without much catching.

Once 6:30P rolled around, our luck started to change as the light level and temperature started to drop off toward sun set.  I rigged up both downriggers with 3-armed umbrella rigs rigged with Pet Spoons, and we began presenting baits along a curvi-linear breakline in about 40 feet of water.  At first we picked up a single white bass, then a double, then a hybrid striped bass (Steve’s first!!!) and a white bass, then the white bass kept coming as they moved into and began feeding in this area.  Because of Steve’s interest in hybrid, I stopped using the downriggers though they would surely have put more fish in the boat, and switched over to live shad to increase our shot at landing additional hybrid.  This accounted for 2 more hybrid, both landed by Frank, before this area went quiet.

We moved on to a NW-facing, sloped area which often produces best in the evening, since the wind was blowing onto that feature at the time.  Sonar revealed white bass, just body-height off bottom, in about 42 feet of water.  We Spot-Locked on these and plucked a few more fish right up to sunset when we noted white bass sporadically feeding on shad at the surface around us.

This led me to look around a bit more closely, and I spotted more consistent action up shallower.  We moved up into under 16 feet of water and used the very same Hazy Eye Slabs we’d been fishing vertically with to cast horizontally into these fish feeding just sub-surface.  This was not the frothing frenzy on the surface which you see at times in the summer months, rather, fish were just occasionally chasing shad close enough to the surface to dimple the surface or make a slight boil.

The key here was accurate casting and a fast retrieve to keep the lure from sinking too far.

When dark fell and the fish quit, we’d landed 45 fish including 3 legal hybrid,  a 4-pound class blue cat, and a nice mess of white bass. 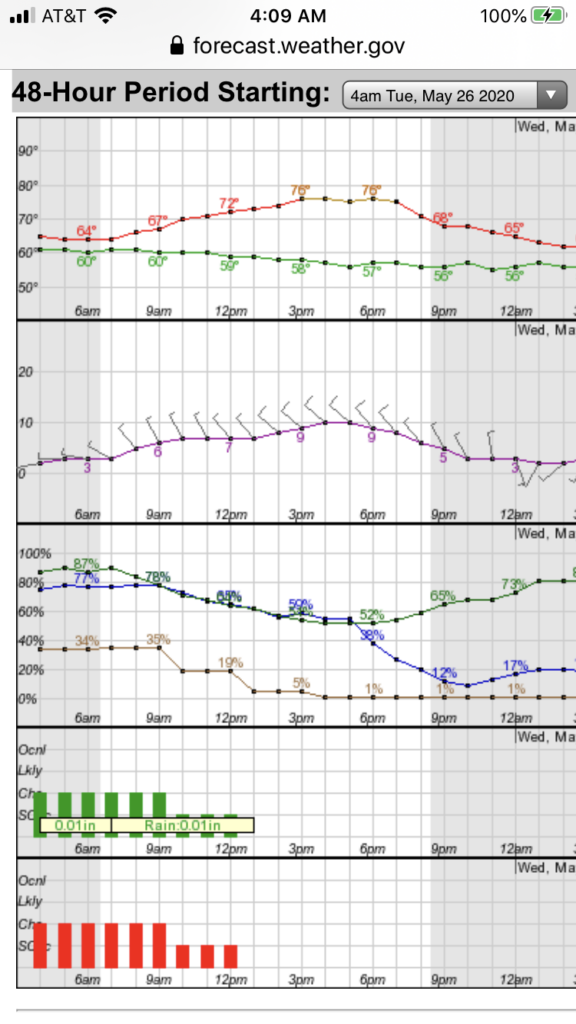