WHO I FISHED WITH: This morning I fished a “Kids Fish, Too!” package trip with “Grandpa” Utah Harris, his granddaughter, Aubrey Mangan (age 9), and two of Aubrey’s friends, Emily Cathey (almost 10), and Sammi McCrary (almost 12).

It’s funny to me that the girls told me the age they are about to be … I don’t believe I’ve ever shared with anyone that I’m “almost 52”!!

Anyways, Aubrey moved to Texas from Ohio about a year ago and now resides with her grandpa in Temple, where her two buddies are from. 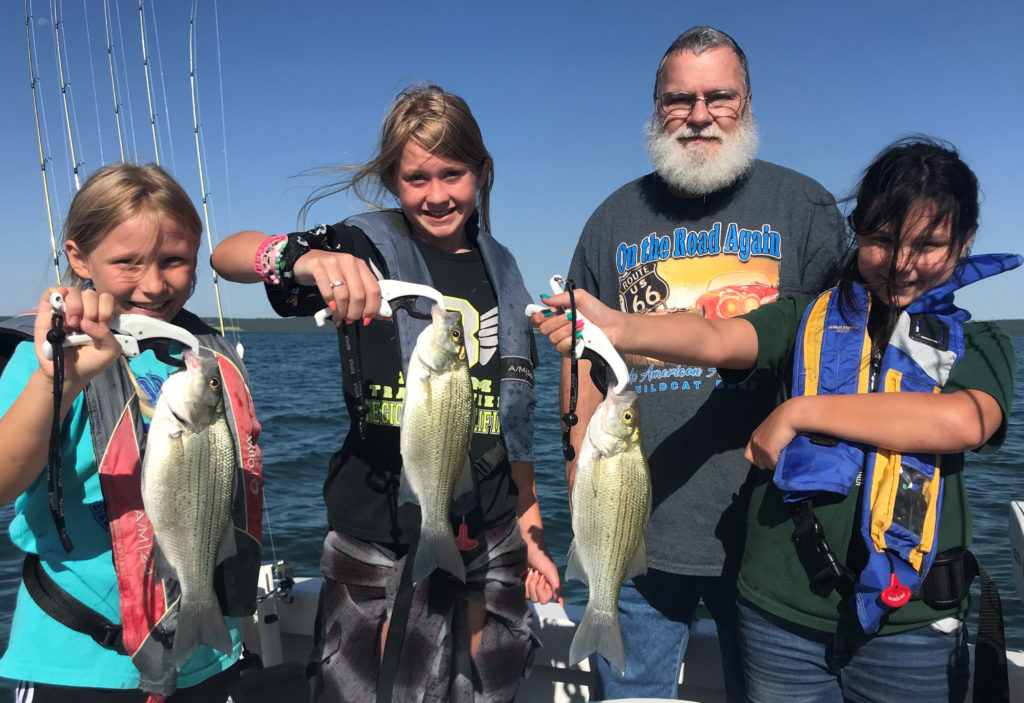 HOW WE FISHED:  This morning was glorious!  A cool, dry, 64-degree air temperature greeted us prior to sunrise in the wake of a rare, early summer cold front’s passage over night.  The air temperature was still in the 70’s as we came off the water roughly 4 hours later.

As is often the case, fish activity was spurred on by the frontal activity.  Fish will often stay active until the cold front’s winds peak.  Fishing will typically get quite difficult after the north winds subside, and until they return from the south once again.  This morning, we were on the right side of that trend.

On about 4 occasions (once at our first stop and three times at our last) I saw sufficient numbers of fish congregated to where I thought we’d stand a better chance of catching fish by fishing vertically for them.  Although we did catch fish on 3 of 4 of these stops, we never really got them fired up and drawn up under the boat in higher numbers than first appeared on sonar.

As the morning moved on, the NW wind we started with swung N, then NE and picked up to 12-13 mph.  The fish really turned on well, but, unfortunately, the girls’ interest in continuing to do what they’d already been doing for 3+ hours, was waning.  So, I left biting white bass behind and went up shallow for a few minutes of sunfishing just to close out the trip with some variety.

We got bait down atop the hydrilla in shallow water and fairly quickly put all three girls onto 2 sunfish each.  We then enjoyed the breezy, cool ride back to our launch point.

OBSERVATIONS:  A definite thermal break, clearly visible on sonar, is now in place on the upper (river) end of the reservoir, topping out at about 34′.

Wind Speed & Direction: NW0-4 at sunrise, swinging steadily to the N and increasing to 7-9, then continuing to swing NE10-13 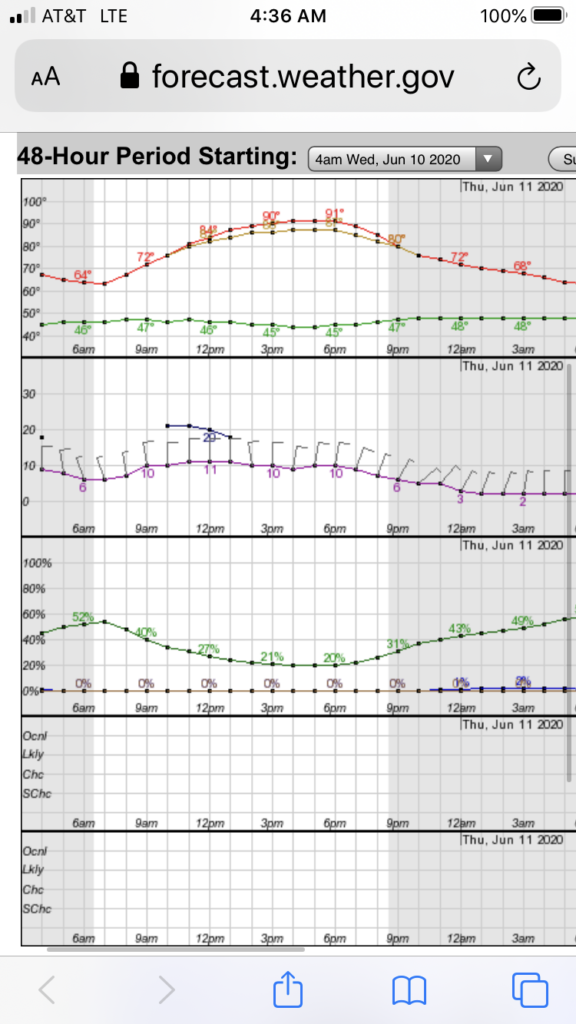 **Area  vic 196 to Area 858 – deep, bottom oriented white bass launching off bottom to come up to the ‘rigger ball