WHO I FISHED WITH: This morning I fished Stillhouse Hollow Reservoir with Tim Rudolph and his step-son, Jonathon Tumlinson, of Temple, TX.

Tim is a 75-year old hospice chaplain who is also serving as the interim pastor for a local church.  He is a Vietnam-era veteran who served in a personnel military occupational specialty after going through basic training at Fort Benning, GA.

Jon is a U.S. Navy veteran who served as a corpsman (naval medic).  COVID has placed him into a stay-at-home-dad situation as the daycare for he and his wife’s two pre-schoolers is shut down.  At the end of our trip, as I had Tim and Jon hold a few of their fish for a photo, Jon smelled of the fish on his hands after releasing them and said, “Man, it’s been a long time since I’ve smelled that … smells like freedom.”

I realized right then that the catching of fish was not as important to him as the getting away from the norm in order to pursue those fish this morning. 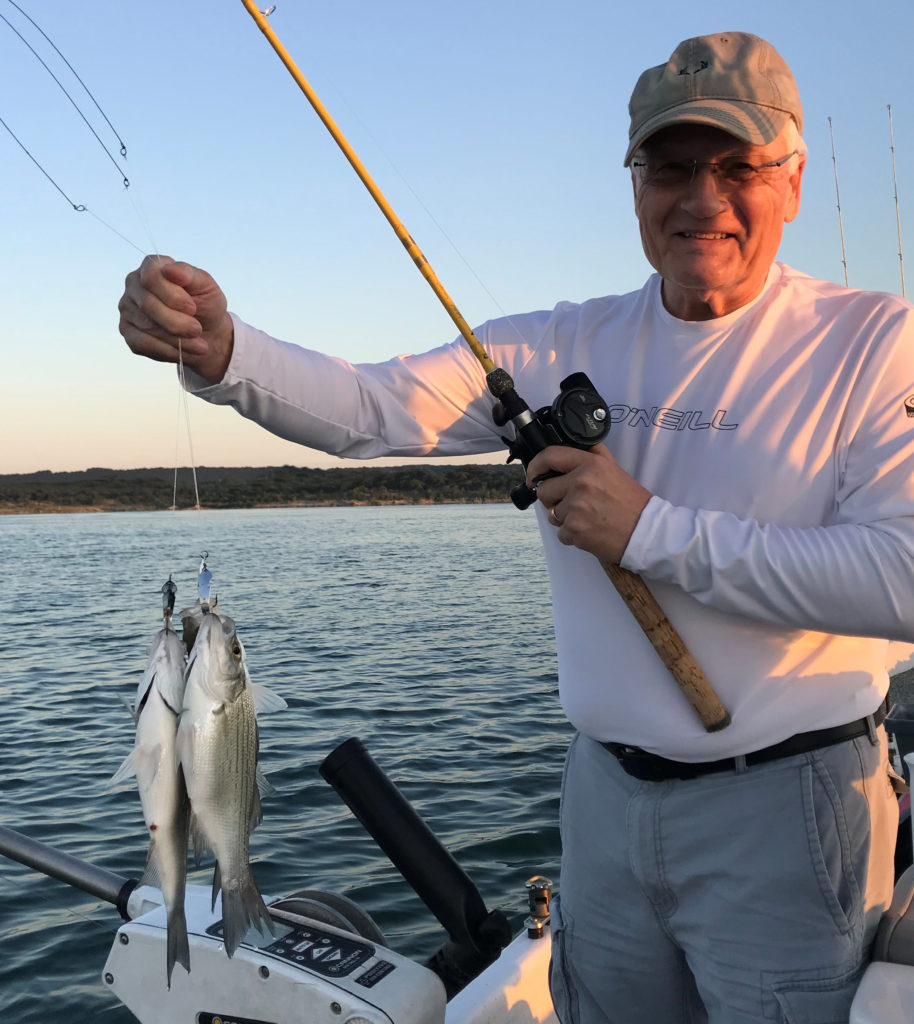 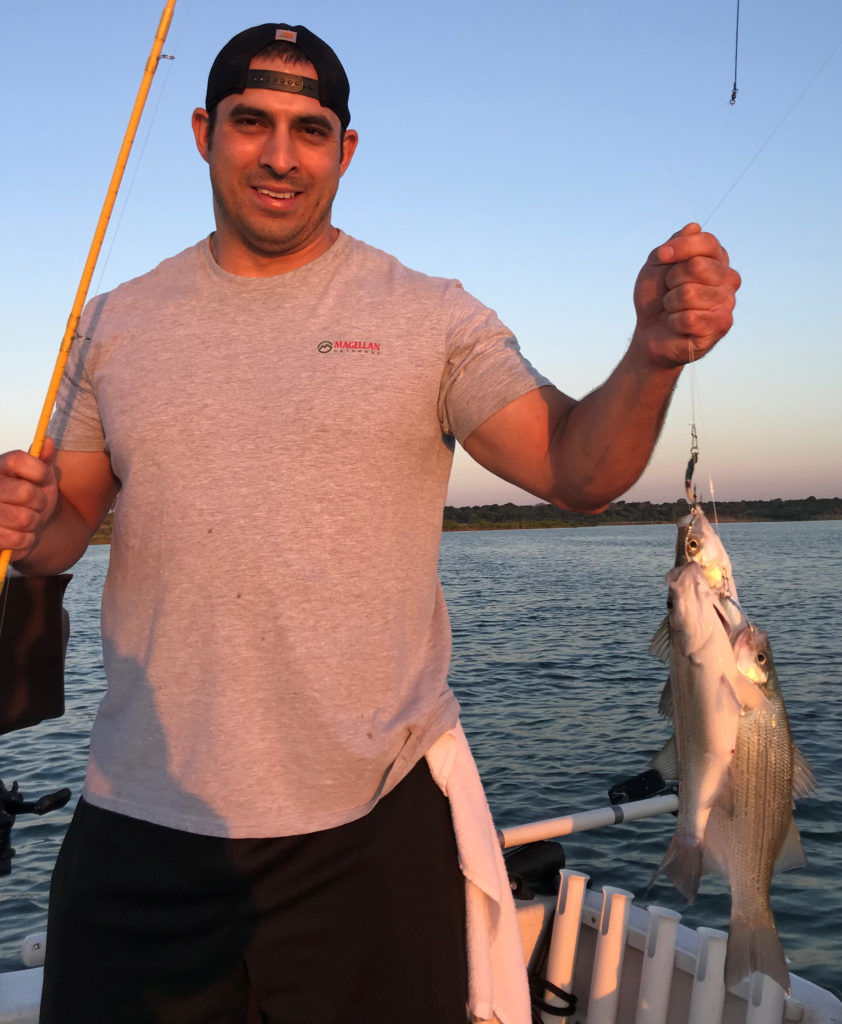 HOW WE FISHED: We had a great start, a great ending, and a slow middle portion to our trip this morning.  For the 4th morning in a row, pre-sunrise temperatures were in the 60’s.  Once again, contrary to the NOAA forecast, the winds were from the SW for about an hour, then went calm for 2+ hours, then picked up at the forecast speed and direction.

We caught 100% of our fish on downriggers today using twin 3-armed umbrella rigs equipped with Pet Spoons.  In fact, we only attempted vertical work with MAL lures one time, during which each of us got hit on our first drop without a hookup, and that was it.

The low-light fishing was solid for the first hour.  We picked up 19 fish as singles, doubles, and two triples, then things got slow right about the time the wind died.  Unlike earlier this week, no light topwater action took place at this time to give away fish location.  Only occasional gar were seen sipping on the surface.  Balls were set around 21′.

We fished a number of places, picking up only 4 singles up until 10AM.  By this time, the ENE wind had been blowing steadily for about 30 minutes and began to energize the fish a bit.

We found a ~450 foot long stretch of bottom which held suspended whites up and feeding in small packs ranging from 4 to 20 fish each.  Balls set around 24′ did the trick.

With 23 fish in the boat at this time, we began to slowly add to our tally over the next 75 minutes.  We had 13 more fish landed and 2 more lost, including a largemouth around 2.25 pounds that headshook and got off right at the boat.

We finished up with 36 fish boated for our efforts, including 35 white bass and 1 smaller largemouth bass.

Wind Speed & Direction: SW4 at sunrise & for about an hour, going calm for about 2 hours, then picking up from the ENE at 10 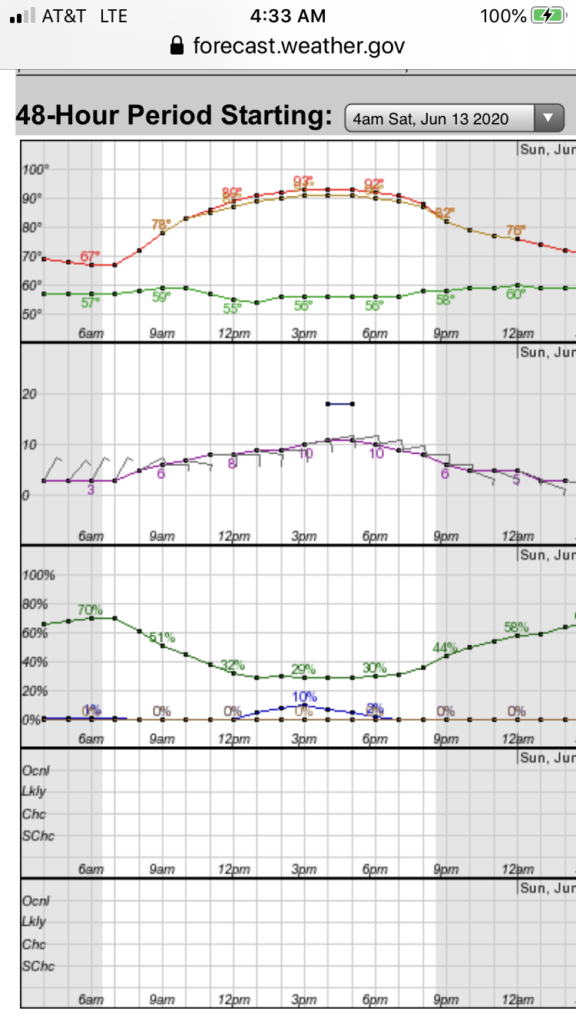 **Area 0326 to SH033C – late morning, wind-driven fish feeding over deep flat at base of submerged point