WHO I FISHED WITH:  On Thursday, June 18th, I conducted the season’s 7th Soldiers’ Kids Involved in Fishing Fun (SKIFF) program trip with the 14-year-old Matthew Merchant aboard.

Matthew’s dad, US Army Captain Courtney Merchant, is currently separated from his family attending a course qualifying him to become a hospital chaplain.  Matthew’s mom, a Kindergarten teacher at a local Christian school, dropped him off and picked him up while enjoying some mother-daughter time with Matthew’s sister, Allison. 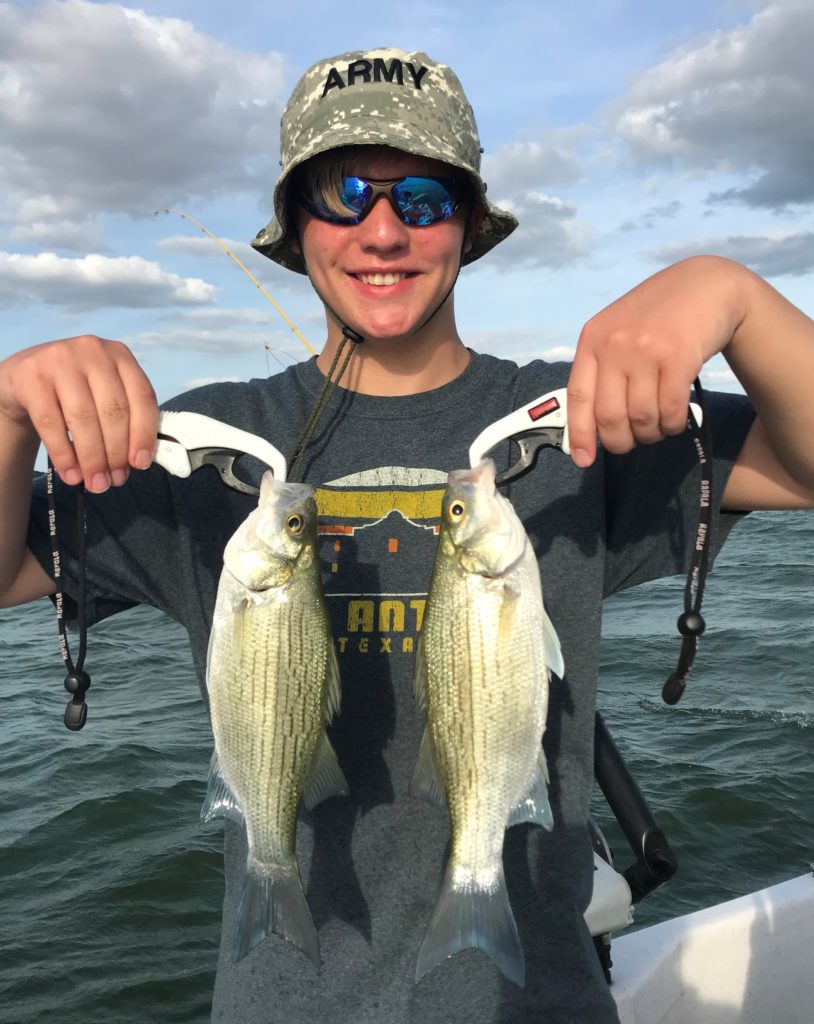 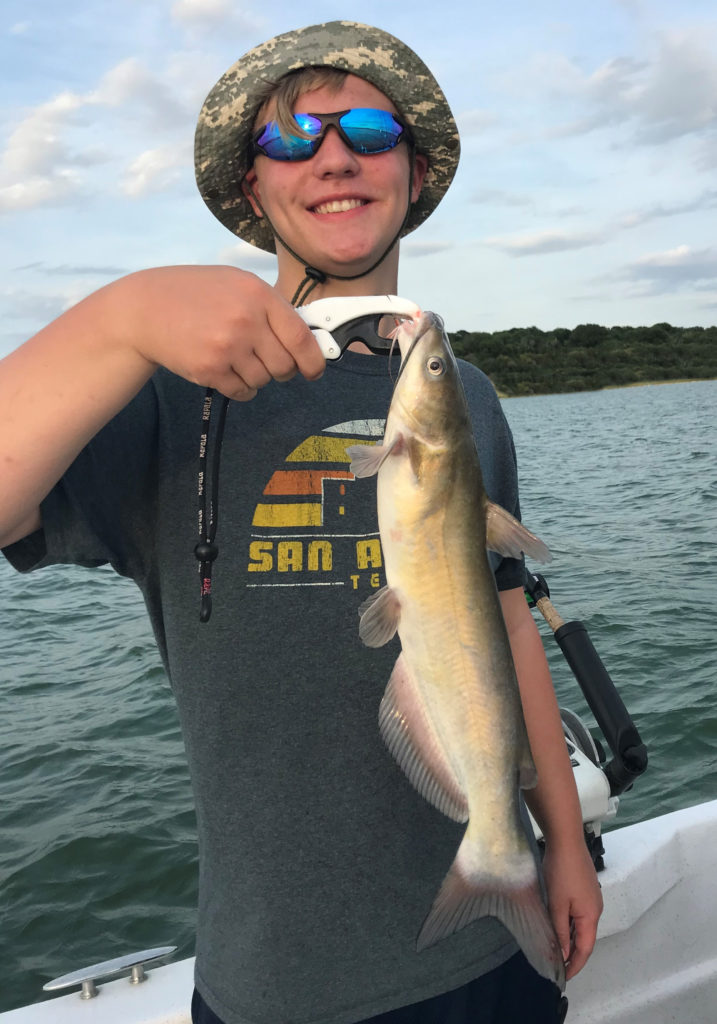 PHOTO CAPTION: During the toughest part of this afternoon’s trip, from 5:15 to 6:30, we focused on catfish, then switched over to targeting white bass as the light level diminished toward and beyond sunset.  Here Matthew holds a channel cat he landed from off bottom in about 22 feet of water.

Knowing this, we focused on fishing for catfish prior to turning our sights on white bass.  Using my “Catfish Plumbs” on spinning rods rigged with braided line, we presented doughbait, cut shad, and prepared cutbaits to catfish which were suspended at 18-22 feet over a deeper bottom which we located using sonar while searching a wind-impacted, steep bank.

We managed 9 catfish including 8 blues and a channel before moving on to fish for white bass, beginning around 6:45.

We found scattered, suspended white bass in an area roughly 300 yards in diameter and worked these over with tandem 3-armed umbrella rigs equipped with Pet Spoons using my two downriggers.

As sunset came a bit early (thanks to the sun “setting” behind a thick cloud bank in the west which completely obscured it), we began looking for larger, organized groups of white bass gathering to push shallow and feed.  We found what we were after off a gentle point in 18-22 feet of water.  We used the downriggers initially to verify that these were white bass and make sure they were in a feeding mood, then we Spot-Locked on them and used MAL lures with a smoking retrieve to tempt them right up until they quit at dark.

**Area vic 1923 – downrigging for scattered, suspended white bass in the mid part of the trip