WHO I FISHED WITH:  On Friday morning, June 19th, I fished with a crew of 4 spanning three generations, all from near Crawford, TX.  Mr. Trent Huey was presented with a Fathers’ Day gift certificate last year and redeemed it today.  With him were his son, Jackson Huey, age 10, Trent’s brother-in-law, Jake Weaver, and Jackson’s grandpa, Roy Westerfield (Trent and Jake married Roy’s daughters).

Roy is a retired farmer and rancher who recently got into the floral/gift shop business with his wife.  Trent works with Mr. Electric franchisees, Jake is in auto sales, and Jackson is working his way through elementary school.

As we got to talking at one point, I shared my plans to take Rebecca to a few different places in Waco for our 25th anniversary coming up soon.  I hit Trent and crew up for suggestions on where to go for dine-in BBQ.  Their go-to spot is Guess Family BBQ.  As soon as that topic came up, so did the topic of one of the restaurant’s trademark appetizers:  deviled eggs with pimento cheese and brisket jam.  When I heard about that, I just wanted to wrap the trip up early and trailer the boat up to Waco to pick up a dozen of those!  Can’t wait for my anniversary to roll around now!! 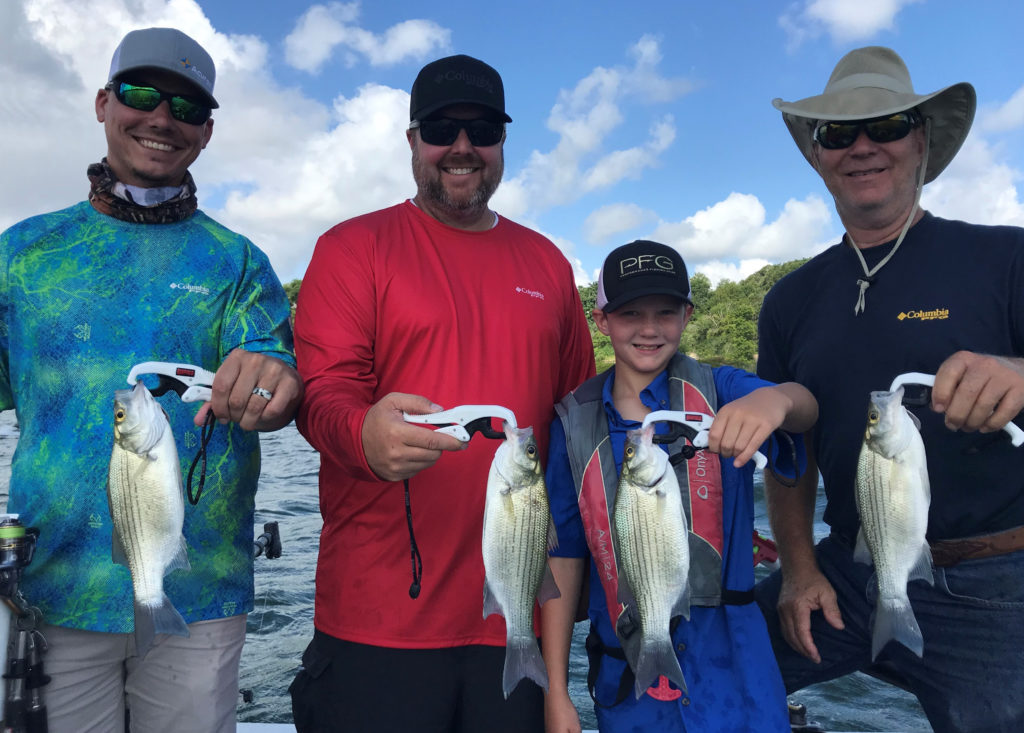 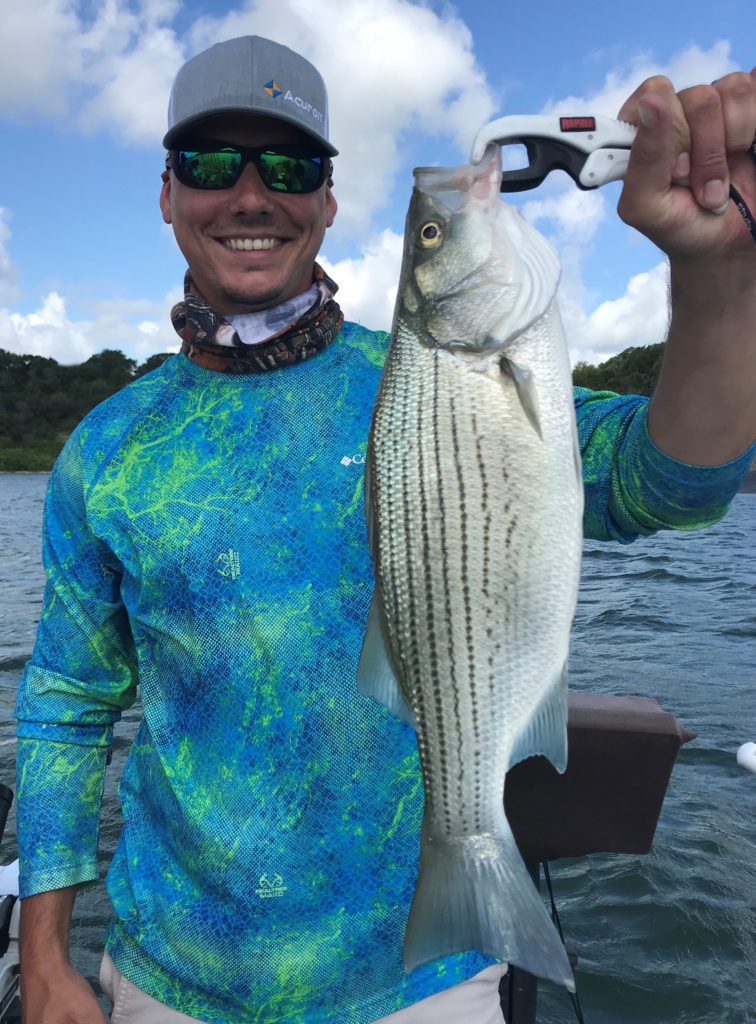 PHOTO CAPTION: Jake nabbed this healthy hybrid, literally, within 50 yards of, and about 45 seconds away from, the place at which I’d already announced to everyone we’d be wrapping up our trip. It was the largest of our 80 fish landed this morning.

If I can summarize our approach it would be: downrig to find ’em; then go vertical to capitalize on what you’ve found.

By and large, white bass are much less interested in vertically moving lures than in horizontally moving lures at this point in the season.  Vertical tactics work well when fish are really bunched up tightly and are aggressively feeding and competing with one another, which is a minority of the time; otherwise, going horizontal is the theme for the summer.

We followed this plan from start to finish today and put fish in the boat from start to finish.  The vast majority of our fish came on the downriggers using 3-armed umbrella rigs equipped with Pet Spoons.  On the several occasions where sonar revealed congregated fish tight to bottom, we used a smoking tactic with MAL lures and capitalized on those fish, as well.

Of the 80 fish landed, 79 were white bass and 1 was a legal hybrid striper.  The age distribution on the white bass was roughly equally spread across the 1-, 2-, and 3-year classes.

OBSERVATIONS:  Only one of the 80 fish we landed regurgitated shad.  There was a mix of sizes of shad among those that one fish burped up. 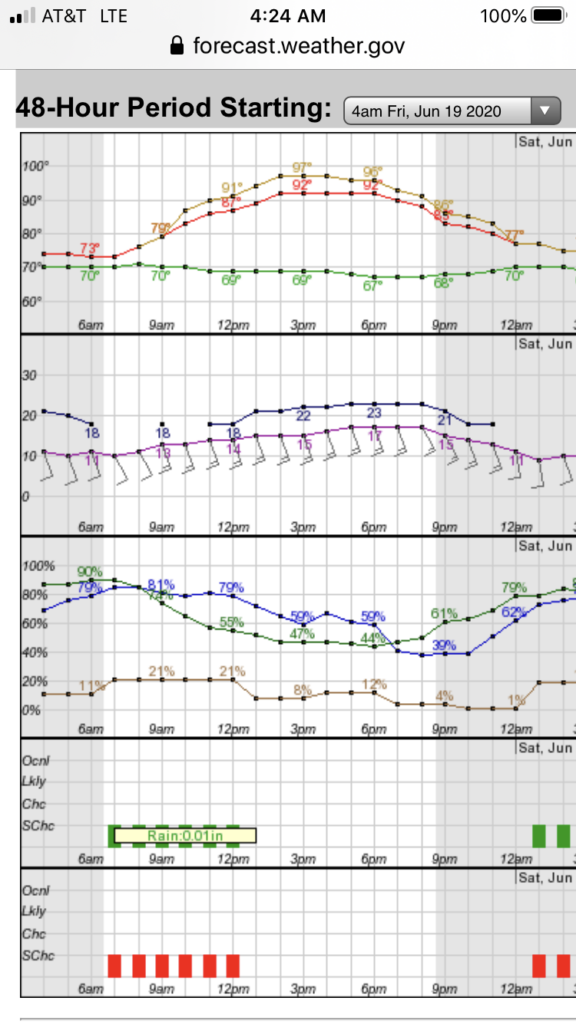 **Area vic 1606 – downrigging with a few stops for vertical work; majority of our fish landed here; lots of bait present.