WHO I FISHED WITH:  This morning, Monday, June 22nd, I fished with Mr. John Clawson, his wife, Mrs. Natalie Clawson, and their youngest daughter, 15-year-old Lena Clawson, of Gatesville, TX.

The Clawson learned of me through a Facebook post of one of my most regular clients, Mr. Steve Niemeier, whom Natalie once worked with as an accountant.

John has served as both a music minister at their church in Gatesville, as well as the assistant superintendent of the Mullin school district, a small town out near Goldthwaite, TX.

Lena is working her way through high school in Gatesville where she participates in powerlifting.

PHOTO CAPTION: This might top the list of oddities I’ve seen while on the water.  Here “mom and pop” are, out for a ride in their baby blue “bar (boat-car)?”  or is that a “coat” (car-boat)?  They were several hundred yards out from where they’d launched this morning.  After a bit of “Googling”, I think this was a 1960’s “Amphicar” in really good shape. 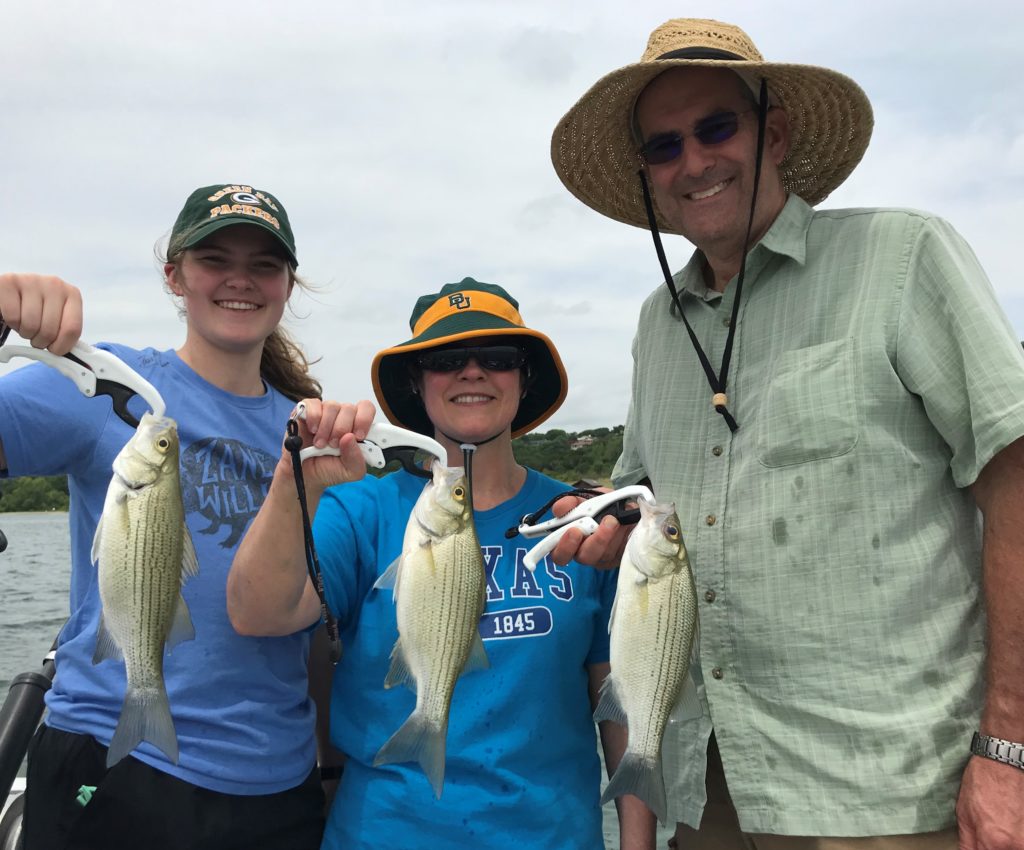 PHOTO CAPTION: From left: Lena, Natalie, and John Clawson with a catch we certainly labored for.

HOW WE FISHED:  As much as Saturday’s weather helped, this morning’s weather hindered.  Despite a NOAA forecast calling for SE winds all morning, I faced a stiff NE breeze through 9AM, then a storm blew through at 9:30A, with 20mph gusts, briefly dropping air temperature, and a wind shift to the NW.  We actually took shelter outside one of the Corps of Engineers’ structures along the shoreline for about 20 minutes as the worst blew over.

After that cleared, the NE wind returned.  All this time fishing was just slow and tough.  The few fish we landed came on downriggers spread over multiple locations, with very little consistency.

Because at this time the wind shifted to the SE, I asked the Clawsons if they were okay extending the trip.  I observed how improving weather really jazzed the fish on Saturday, and saw that a similar scenario was now developing.  I got the thumbs-up, so, we redoubled our efforts.

Long story short, from 10:55 through 12:15, we landed 53 additional fish.  We found these fish tight to the bottom and willing to swim off bottom upwards 4-6 feet from a depth of ~28′ to inspect the downrigger balls as they passed overhead, and then were active enough to pursue and overtake the baits we had trailing behind the balls.  After two passes over the same area, each with a very positive result, we Spot-Locked on these fish and worked MAL lures vertically for them until they quit.

Persistence definitely paid off today, as did being observant in regards to wind direction.

OBSERVATIONS:  This was the longest day of the year.  From this point on, day length grows shorter until the winter solstice on Dec. 22nd.

Wind Speed & Direction: NE12 through ~9:30A, then a storm front shifted winds to NW20 briefly with some brief cooling.  After the front and light rain passed, the winds slowly shifted NE to E to SE7-8. 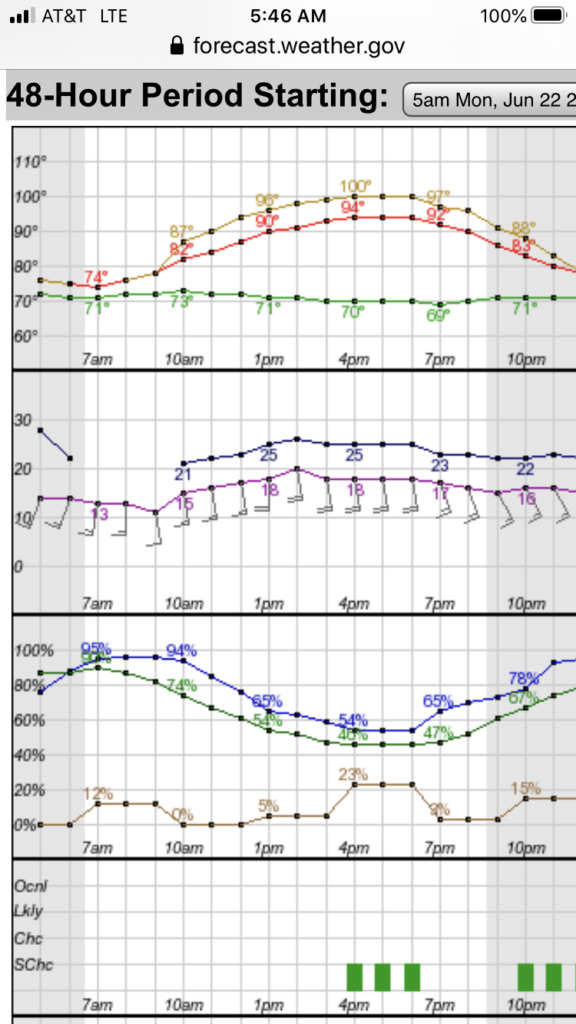